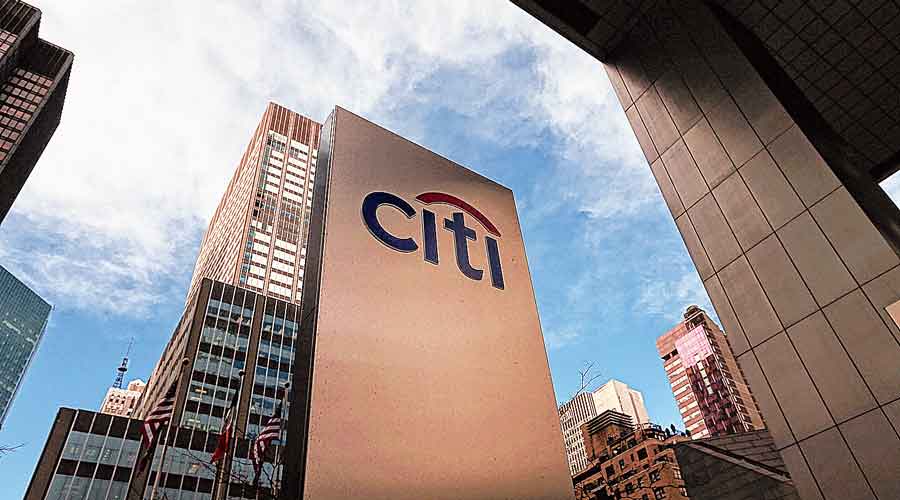 In April last year, Citigroup had announced that it will exit the consumer banking business in India as part of a global strategic review.
File Photo
Our Bureau   |   Mumbai   |   Published 15.02.22, 03:58 AM

Axis Bank is reportedly on the verge of buying Citigroup Inc’s retail banking business in India in a transaction that could be valued at $2.5 billion.

A Bloomberg report said that an agreement for the business may be announced within the next few weeks. It is, however, subject to the approval from the Reserve Bank of India (RBI).

Axis Bank emerged as the buyer after overtaking rivals on factors such as job security for current Citigroup employees and competition concerns. Citing sources, the report added that the domestic private sector lender will need around six months to merge its consumer business with that of Citigroup.

In April last year, Citigroup had announced that it will exit the consumer banking business in India as part of a global strategic review. The business includes credit cards, retail banking, home loans and wealth management.

While Kotak Mahindra Bank was also in the race to acquire the retail banking business of Citi in the country, it had second thoughts because of valuation concerns.

According to RBI data, Citi had around 25.69 lakh outstanding credit cards as of December 2021 and is the sixth largest card issuer.

In the case of Axis Bank this number stands at 81.33 lakh.

The lender had then said that 69 per cent of its credit card portfolio is from the salaried segment, even as the quarter also saw credit card spends by its customers rising 52 per cent over the same period of the previous year.

Both CASA and RTD deposits had shown a rise of 18 per cent over last year on a quarterly average balance basis.