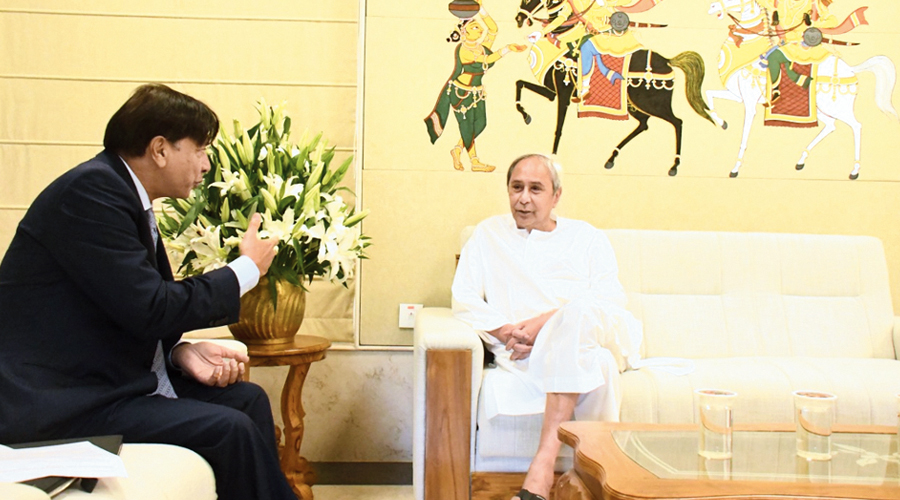 ArcelorMittal Nippon Steel (AM/NS) India has reached an understanding with the Odisha government to set up a 12-million tonne plant in the state at an investment of Rs 50,000 crore, as the world’s largest steelmaker makes a fresh attempt to set up a greenfield unit in India.

Lakshmi Niwas Mittal, chairman of ArcelorMittal, met Odisha chief minister Naveen Patnaik on Thursday in Bhubaneswar where a memorandum of understanding was signed between AMNS India and the state government for the proposed integrated plant.

Before acquiring Essar Steel in partnership with Nippon Steel in December 2019 and establishing a meaningful presence in the fast growing Indian market, ArcelorMittal had signed at least three MoUs with as many state governments in the last one-and-half decades, including with Odisha.

In 2005, ArcelorMittal had signed an MoU with the Jharkhand government, followed by one with Odisha in 2006 and Karnataka in 2010. None of the projects ever materialised and the company pulled out of Odisha in 2013.

Following the acquisition of Essar for Rs 42,000 crore, AMNS — where ArcelorMittal has 60 per cent and Nippon Steel of Japan has 40 per cent — established a presence in Odisha where it operates an iron ore beneficiation plant at Keonjhar district and a pellet plant at Paradip. The capacity of the pellet plant has now been doubled to 12 million tonnes with Rs 2,000 crore investment.

Corporate sources said the new proposal would be contingent upon several pre-conditions, including making provisions for land and iron ore mines. The land identified for AMNS is situated at Kendrapara district, about 100 kilometre from the capital Bhubaneswar.

The land parcel was earlier earmarked for a similar sized steel plant proposed by Korean behemoth Posco in 2005. It never saw the light of the day, mostly because of local protests over land acquisition. After the project was scrapped, the land is now being carved out between two prospective investors, JSW Steel and AMNS India.

Before coming to Odisha, Mittal, who is now the executive chairman of ArcelorMittal, had meetings with Prime Minister Narendra Modi and steel and petroleum minister Dharmendra Pradhan in Delhi. A prominent face of the BJP in Odisha, Pradhan is learnt to be keen to make this project happen in the state.

In January, Pradhan had visited the AMNS plant at Gujarat’s Hazira and egged the management to explore a new plant in his home state Odisha, where Patnaik’s Biju Janata Dal (BJD) is in power.

Mittal is expected to visit Gujarat in coming days and meet chief minister Vijay Rupani, who is recovering from Covid-19.

Aditya Mittal, CEO of ArcelorMittal and chairman of the board of AMNS India, had come to Delhi with his father but did not travel further to Bhubaneswar.

Meanwhile, the Odisha  government on Wednesday cancelled a memorandum of understanding (MoU) signed with aluminium major Vedanta for the establishment of a 500-bed teaching hospital at Bhawanipatna, the district headquarters of Kalahandi district.

Citing inordinate delay in execution of the teaching -hospital work by the aluminium major, the government cancelled the agreement with immediate effect after careful consideration, a notification said.

The state government on March 27, 2018 had signed an MoU with Vedanta for setting up of the teaching hospital for the medical college with an investment of Rs 100 crore at Bhawanipatna.