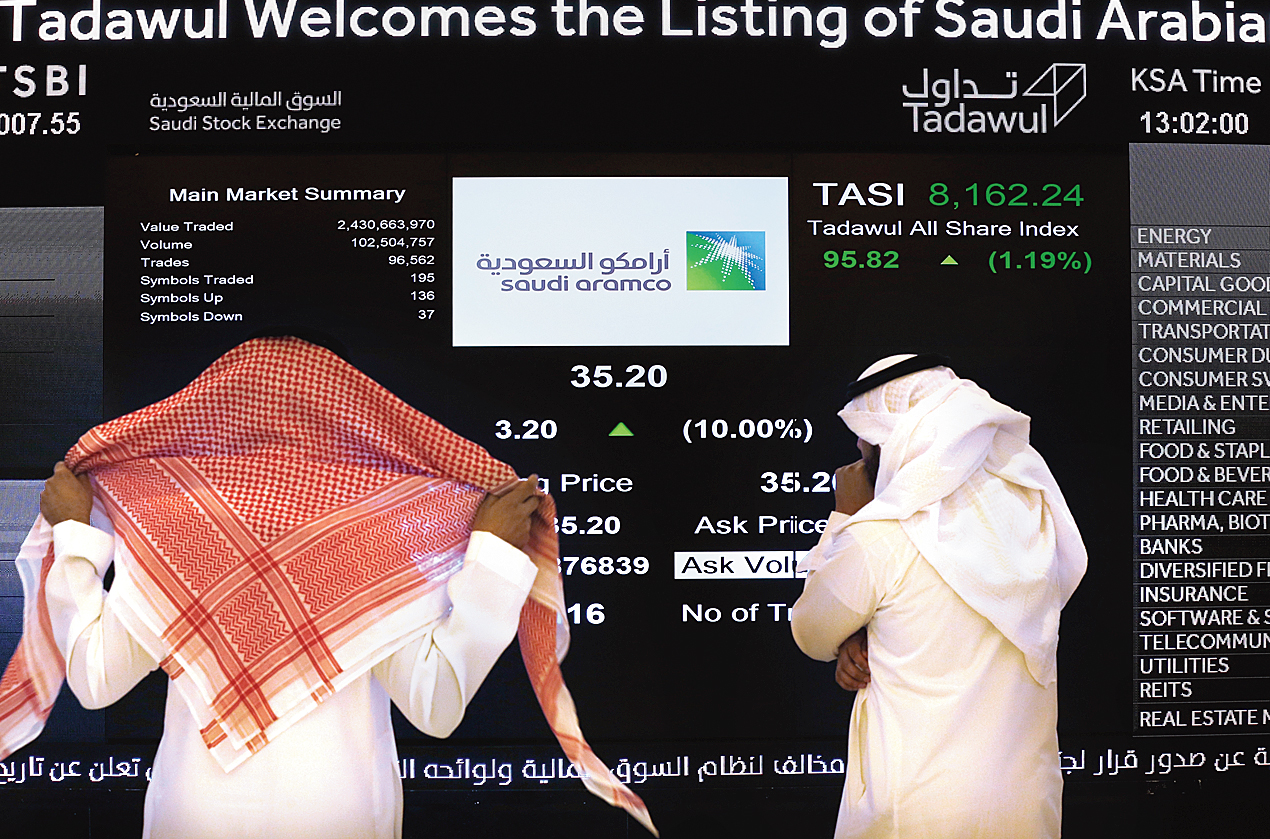 The company said the sale of an additional 450 million shares took place during the initial public offering process.

The oil and gas company, which is majority owned by the state, began publicly trading on the local Saudi Tadawul exchange on December 11.

It hit upwards of $10 a share on the second day of trading. This gave Aramco a market capitalisation of $2 trillion, making it comfortably the world’s most valuable company.

A greenshoe option, or over-allotment, allows companies to issue more shares in an IPO when there is greater demand from participants in the initial offer.

Aramco’s additional sales mean the company has publicly floated 1.7 per cent of its shares. Its IPO, even before the added sales, was the world’s largest. The shares sold in the over-allotment option “had been allocated to investors during the bookbuilding process and, therefore, no additional shares are being offered into the market today”, Aramco said.

The company’s shares traded down on Sunday, dipping to around 34.7 riyals, or $9.25 a share, amid heightened tensions in the Persian Gulf between Iran and the United States.

Aramco was a target of rising tensions in summer when a missile and drone attack, which Saudi Arabia and the US blame on Iran, temporarily halved its production.

Sunday’s trading figures value Aramco at $1.85 trillion, still well ahead of Apple, the second largest company in the world after Aramco, but below the $2-trillion-mark sought by Crown Prince Mohammed bin Salman.

Mohammed bin Salman, who had floated the idea four years ago, is seeking to raise billions of dollars to invest in non-oil industries, create employment and diversify the world’s top crude exporter away from oil.