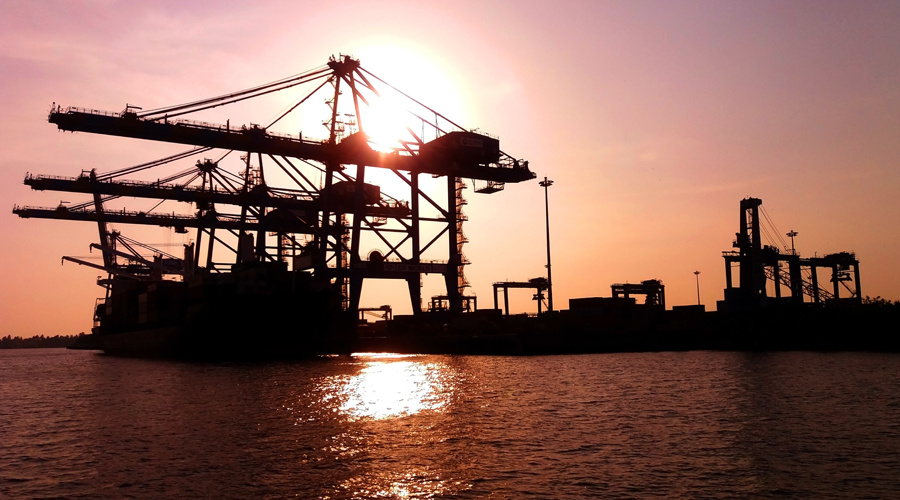 Gangavaram Port Ltd (GPL) is in Andhra Pradesh next to Vizag Port.
Representational image from Shutterstock
Our Special Correspondent   |   Mumbai   |   Published 04.03.21, 03:43 AM

Adani Ports and Special Economic Zones (APSEZ) Ltd is acquiring a 31.5 per cent stake held by an affiliate of Warburg Pincus in Gangavaram Port Ltd (GPL) and certain rail assets from the promoters, taking its market share in the country’s ports to 30 per cent.

In a late evening announcement, Adani Ports said it will acquire the stake held by Windy Lakeside Investment Ltd, an affiliate of Warburg, in Gangavaram for Rs 1,954 crore, subject to regulatory approvals.

Adani Ports said they were also in discussions with Gangavaram promoter — DVS Raju and family — for their 58.1 per cent stake, translating to around 30 crore shares, in the port.

Gangavaram is located in the northern part of Andhra Pradesh next to the Vizag port. It is the second-largest non-major port in Andhra Pradesh with a 64-million-tonne capacity set up under concession from the Andhra Pradesh government that extends till 2059. It is an all-weather, deep water, multi-purpose port capable of handling fully laden super cape size vessels of up to 200,000 DWT.

At present, it operates nine berths. Adani Ports said the master plan for Gangavaram envisages as many as 31 berths with capacity to handle 250 million tonnes.

In the last financial year, GPL had a cargo volume of 34.5 million tonnes and it generated a revenue of Rs 1,082 crore, and a profit after tax of Rs 516 crore. The company is also debt-free with a cash balance of over Rs 500 crore. Of the rest, the current promoters hold 58.1 per cent, while the Andhra Pradesh government owns 10.4 per cent.

The Adanis are acquiring the Warburg Pincus stake of around 16.3 crore shares at Rs 120 per share.

“The acquisition of GPL is part of our continued strategy to build out a port and logistics network that is unmatched in its ability to serve customers across the nation. The location of GPL in the north of Andhra Pradesh is a strategic complement to our recent acquisition of the port of Krishnapatnam that serves the south of AP,” according to Karan Adani, CEO and whole-time director of APSEZ.

“We believe that GPL holds great potential to complement its bulk cargo terminals with new cargo categories that we intend to develop.”

APSEZ said Brahmi Tracks Management Services Pvt Ltd will be merged with itself in a share-swap deal. Brahmi is involved in the laying up of railway tracks.

The company added that the objective behind this exercise is to consolidate the rail assets under one entity which will work to develop existing and new railway lines across the country.