Hero launched 2 models — Glamour 125 and Passion Pro; it also unveiled the Xtreme 160 R to be launched next month 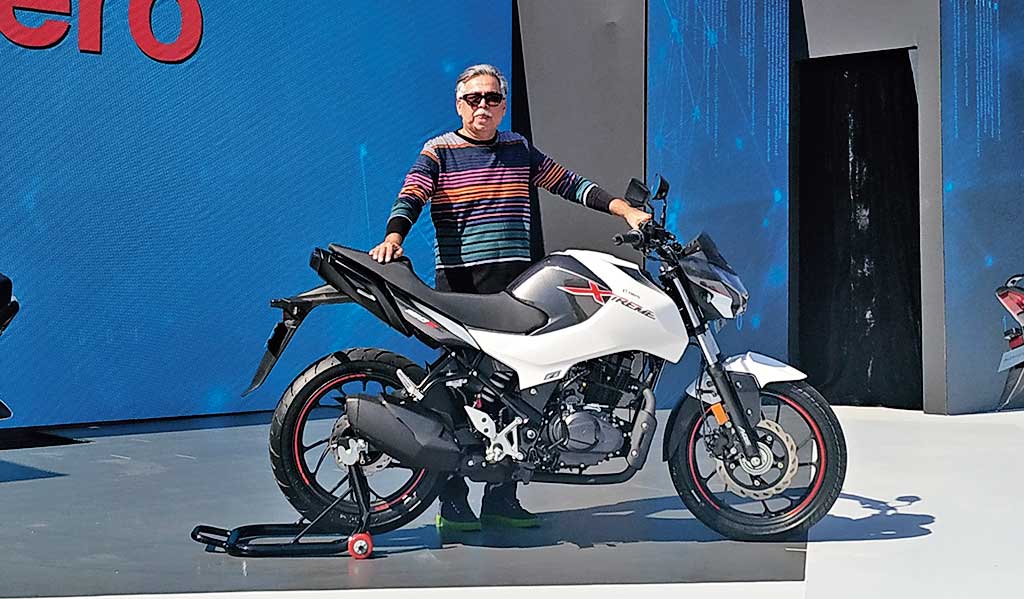 Two-wheeler makers expect to lift themselves from the morass by the second half of the next fiscal when the festival season kicks in, according to Pawan Munjal, the chairman of Hero MotoCorp, the largest player in the country.

Hero Moto launched two models on Tuesday — the Glamour 125 and the Passion Pro — at its development centre here. It also unveiled the Xtreme 160 R to be launched next month.

“We have been experiencing a downturn since September 2018 due to various factors such as insurance cost, NBFCs sucking away credit from the market, costs going up and various regulatory systems such as ABS (anti-lock braking system) and EBD (electronic brakeforce distribution) .

“A lot of interjections into the economy have been made from time to time till the recent budget. We hope that all this will bring some positive sentiments into the market, there will be money coming into the rural market and agriculture sector. But we will see this revival only closer to the festive season this year,” he said.

The largest-selling two-wheeler company also announced a fresh investment of Rs 10,000 crore over the next five years to seven years in research and development for alternative mobility solutions, network expansion, brand building and new manufacturing facilities both in India and outside.

“Hero MotoCorp is a young company with a rich legacy. We started our solo journey less than a decade back in 2011. Since then a lot has changed but what hasn’t is the fact that Hero is still the largest producer of motorcycles and scooters in unit volumes for 19 consecutive years,” Munjal said.