Tokyo TV zooms in on Super 30

Japanese television channel Tokyo TV is going to make a documentary on Super 30 founder Anand Kumar for Future Century of Zipangu, a weekly programme on the channel that narrates global stories of overcoming economic hardships. 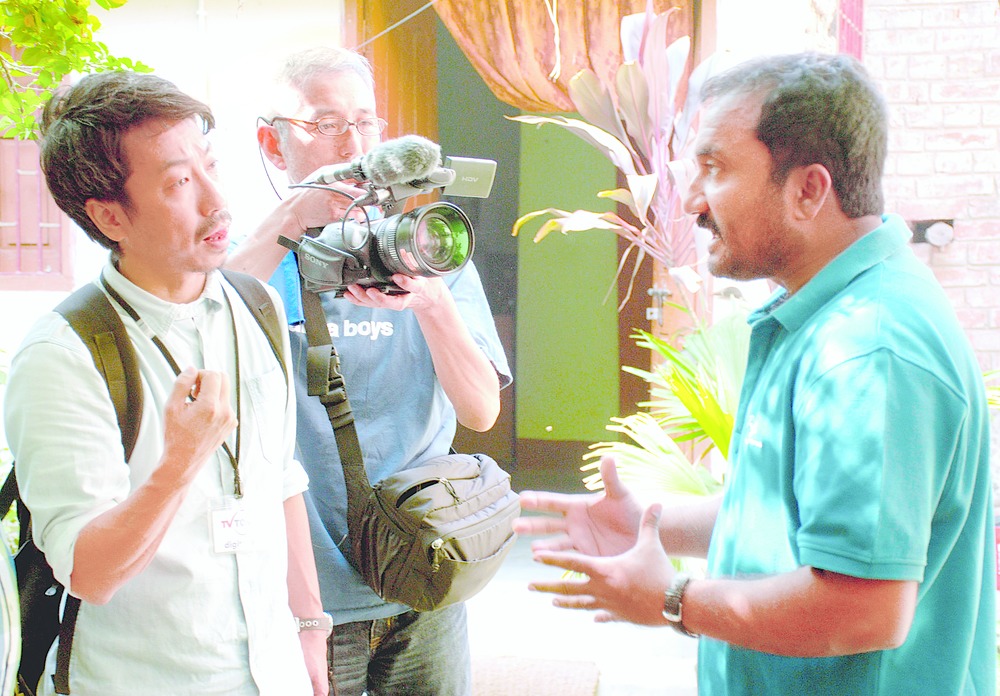 Japanese television channel Tokyo TV is going to make a documentary on Super 30 founder Anand Kumar for Future Century of Zipangu, a weekly programme on the channel that narrates global stories of overcoming economic hardships.

A team from the television channel arrived in Patna on Friday to document how underprivileged students work hard under Anand Kumar's guidance to crack the coveted IIT examinations.

Anand's institute has attracted international attention in the past few years. Abhishek Gupta and Kunal Kumar, two Super-30 students, had got admission to the University of Tokyo last year.

A team of senior officials from the university had visited Super 30 and held discussions with Anand to induct a few students in the premier Japanese institution. After that, the two students, who cleared the university's written test and interviews, were admitted with full scholarship.

Masaki Hojo of Tokyo TV said: "We want to focus on the economic conditions in eastern India and how students from poor families strive for success using education as a tool. Super 30 helps them realise their dreams, with many reaching IITs and succeeding abroad as well."

He added: "We want to focus on how the students' hard work coupled with Anand's support has helped them."

An elated Anand Kumar said: "There have been documentaries made by different national and international agencies on my life. This is, however, the first time that any agency will speak to the students."

The Tokyo TV crew will also meet the family members of the students to understand their backgrounds, the hardships they go through and their passion to crack what is considered one of the toughest engineering entrance tests in the world.

After interacting with Anand, the team left for Vaishali to meet family members of Super 30 student Manjeet Kumar .

The team will also visit IIT-Bombay to study the placement process at India's premier engineering institutions.

Hojo said: "The success of Sundar Pichai, who was recently appointed as the CEO of Google, has established the fact that IITs produce some of the best brains in the world. We want to study the aspects that exist in the IITs apart from the placement procedures."

This is not the first time Super 30 has attracted Japanese attention. Teams from channels like NHK, and former Miss Japan Norika Fujiwara had visited Super 30 earlier.