Tej is son, not foe, will return: Rabri Devi

2 conditions for Tej's return: former private assistant must go and parents must accept his divorce 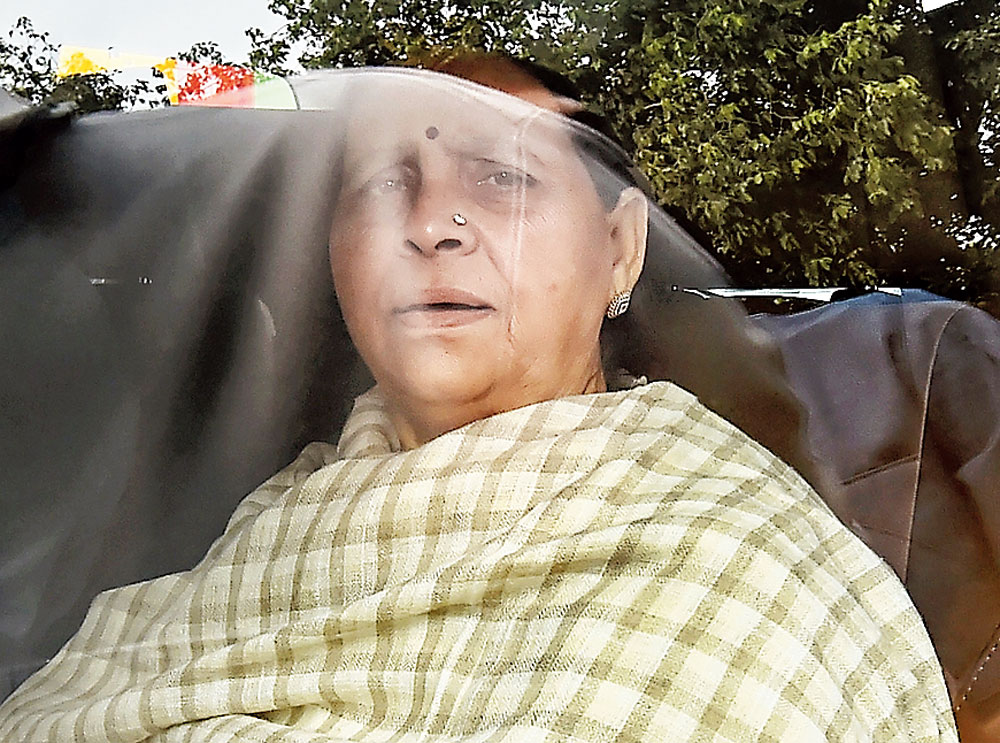 Former chief minister Rabri Devi is convinced her elder son Tej Pratap Yadav — who left home on November 2 to press for divorce from his wife Aishwarya Rai — will return home.

Tej Pratap is adamant on divorcing his wife. Since leaving home, he is believed to be on a spiritual trip, visiting temples in Vrindavan in Mathura, Varanasi and Haridwar. He was last seen in Mathura.

His family and his in-laws are trying their best to broker peace. Family members from both sides, including Aishwarya’s father Chandrika Rai and mother Poornima Rai, have sat together several times to pacify things but all attempts have failed. The couple married six months back.

There was talk that Tej Pratap will meet Tejashwi on his birthday on November 9, when he was in New Delhi, but no meeting took place. Even on Monday there was a buzz that Tej Pratap might meet Rabri in New Delhi but he did not show up. Rabri, however, said she has spoken to Tej Pratap. “He’s my son, not an enemy. He’ll return.”

In all likelihood, Tej Pratap will not return before November 29 when the divorce case comes up for hearing in a Patna civil court.

Rabri also took a jibe at the Nitish Kumar government, saying the government itself had hidden Manju Verma and was not able to find her despite an apex court order.