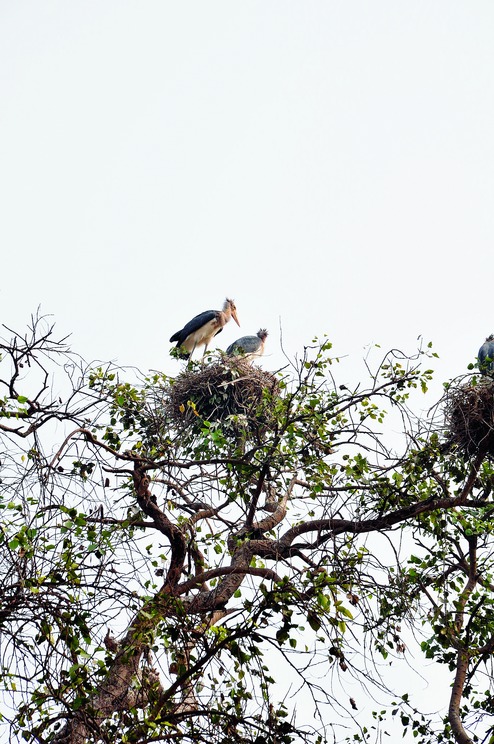 Kadwa diara areas of river Ganga in Bhagalpur have emerged as the biggest breeding ground of garuda, also in the categories of endangered species of birds in recent times. But in the recent past, two nests of garuda were identified atop trees at Sonvarsa village under Chousa block in Madepura district.

The breeding ground of garuda was earlier believed to be confined to Assam in India and a few places in Cambodia. "It was in October 2006 that I had the privilege to see these birds at Motichak in Ganga diara, where I found two nests while working on a different project in the diara region," recalled Arvind Mishra, an ornithologist and a member of the State Board for Wildlife, Bihar. He recalled how the numbers of the birds had gradually increased in the areas in the past few years.

" Garuda also spread its habitat to Khagaria, another neighbouring district of Bhagalpur," said Mishra, who is also associated with the Indian Bird Conservation Network, Wetlands International and founder of Bhagalpur-based Mandar Nature Club. "In 2014, we had first observed the nests of the birds at Ramnagar village under Beldour block of Khagaria."

He, however, said the entire credit goes to some wildlife activists and local residents in the Kosi and Ganga diara region of Bhagalpur district who have joined hands to protect the breeding grounds of the stork in the area.

Bhagalpur divisional forest officer (DFO) S. Sudhakar expressed gratitude towards Kadwa diara residents and wildlife activists like Mishra for taking up the initiative to increase the numbers of garuda birds in the region. He said from 2007, when only two nests of garuda were found in Kadwa diara, they have increased to 45 by 2017.

"Kadwa is now established as one of the major breeding grounds of the bird among two other places in the world," said another senior forest official here. "The forest department will start special awareness drive in villages for conservation of garudas," said DFO Sudhakar.