Set the agenda, Nitish to Opp

Bihar chief minister Nitish Kumar today strongly advocated Opposition unity on an agenda of its own making instead of always reacting to a narrative decided by others. 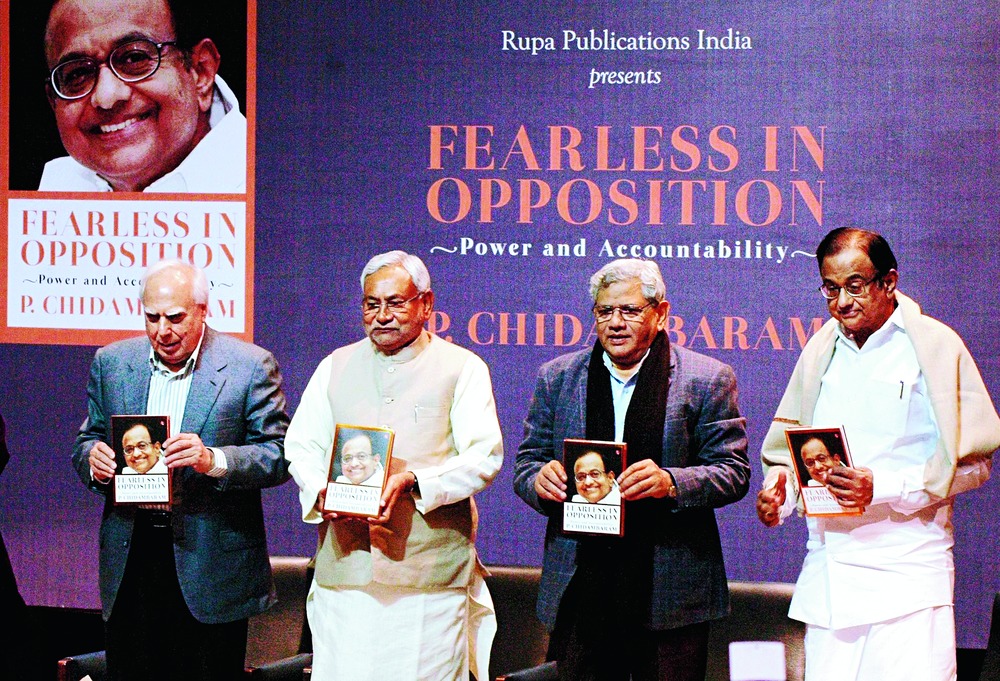 New Delhi, Feb. 10: Bihar chief minister Nitish Kumar today strongly advocated Opposition unity on an agenda of its own making instead of always reacting to a narrative decided by others.

Looking pointedly at Congress vice-president Rahul Gandhi, who was sitting in the audience of a book release function, the JDU leader did some loud thinking: "Why should they set the agenda; why can't Rahul set the agenda."

Ahead of this overture towards the Congress, his Bihar ally, Nitish had held separate meetings with the two Left parties - CPI and CPM - where he discussed the need for evolving a common minimum programme on which the opposition can rally. "The need of the hour is opposition unity," he said in the presence of the senior leadership the Congress - the only pan-India party in the Opposition - and the CPM, the "patent-holder of outside support" to coalitions.

The co-architect of the Bihar mahagathbandhan, whose support for demonetisation had triggered speculations of a return to the NDA fold, today echoed former Prime Minister Manmohan Singh in calling it a "monumental management failure".

Singh was present in the audience of the function to mark the release of a collection of articles by former Union finance minister P. Chidambaram put together as book titled Fearless in Opposition: Power and Accountability.

Nitish did not break a sweat while defending the changes in his position on demonetisation. "Most political parties were supportive of the intended goals of demonetisation. I thought we should welcome the move because what it sought to achieve was good. But, now after so many days, we must ask the pertinent questions; more so because the government is refusing to answer and indulging, instead, in diversionary tactics."

Nitish also sought to remind the audience that demonetisation was not the first time he has swum against the tide. "When I was in the NDA, Bihar under my chief ministership supported GST while BJP opposed it tooth and nail," he said by way of flagging a couple of instances when he worked for a UPA programme while being in the opposite camp.

Asked if Opposition unity is possible given that CPM's official position till date is to maintain equidistance from both the Congress and the BJP, general secretary Sitaram Yechury said it can happen on the basis of a common minimum programme; something he has drafted twice with Chidambaram.

"We need to create an alternative narrative and reach out to the people with that" in place of the hashtag patriotism that appears to be the dominant narrative but is in effect an artificial construct, the CPM leader added.

He also dismissed the problem of plenty in the Opposition - when it comes to leadership aspirants - arguing that it is an asset. Pointing out that this question has plagued Indian democracy since the Nehru years when it was "after Nehru, who", Yechury's response to too many leaders in the Opposition ranks was: "That's better; that's democracy."

On the quiet acceptance of the problems associated with demonetisation, Yechury explained it as "people are anti-black money; not pro-demonetisation" while Chidambaram insisted that "popular silence over demonetisation should not be construed as popular support".

About the breakdown of conversation between the government and the opposition, Chidambaram underlined the fact that this has happened for the first time though the Congress has been in the Opposition before. "This is because when the NDA first came to power, its first declaration was to make a 'Congress-mukt Bharat'. Did the Congress ever give a call for a BJP-mukt Bharat? There must be space for every party in a democracy including an upstart party."

Asked why the Congress had decided to react so sharply to the "raincoat" jibe at former Prime Minister Manmohan Singh, Chidambaram explained that it could have been ignored had it been said at a rally or elsewhere but not in as sanctified a place as Parliament.