The mines and geology department on Wednesday claimed it had ended the sand crunch that broke out in the state last year, limiting sand supply, while the government had succeeded in curbing price manipulation by traders. 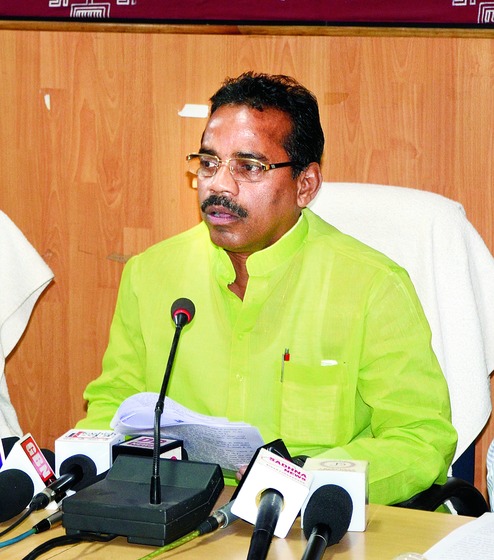 Patna: The mines and geology department on Wednesday claimed it had ended the sand crunch that broke out in the state last year, limiting sand supply, while the government had succeeded in curbing price manipulation by traders.

With the advent of new rules, the department undertook e-tendering of sand deposits on the river beds to ensure better regulation of procurement and fixed prices to end the practice of demanding higher prices for sand.

In the meanwhile, Bihar Minor Minerals Rules, 2017, prompted enforcement agencies to come down heavily on illegal mining. A total of 2,692 cases were registered and 2,889 people arrested for violation of the law in 2017-2018.

"The government successfully ended the sand supply crunch prevailing in the state last year," minister Vinod Kumar Singh said. "It will be time before the initiative to regulate the sand market by fixing prices and cracking down on the sand mafia, shows desired results. We plan to further expand regulation of mineral exploration and extraction to ensure sustainable mining and generate more revenue."

Principal secretary-cum-mines commissioner Atul Prasad admitted that during the phase of shift in the policy the supply was restricted but it has been relieved. "Rates have been fixed at Rs 3,200-4,100 per truckload (100 cubic feet). Traders demanding higher prices will be penalised if the department got wind of such practices," Atul said when a reporter pointed out that suppliers were demanding over Rs 5,000 for a tractor full of sand in Patna.

He said sand costs around Rs 3,000-3200 per truckload in Patna. But in areas where sand is not found, transportation cost will be added depending on distance from the loading point. As ordinary sand (yellow sand) is not found in all areas of Bihar, over 50 per cent of the state's sand requirement comes from Patna, Bhojpur, Vaishali and Saran districts.

For 2018-19, the department pledged to initiate eco-friendly mining under the proposed Bihar Minor Mineral rules, 2018. Considering the negative impact of mining, such as water contamination and loss of top soil, the government will undertake geo-fencing of minerals and sand deposits and 3D mapping to ensure mineral extraction does not make the environment unsustainable.

Munzair Alam, a resident from Phulwari Sharif, told The Telegraph that the government's claims was considerably exaggerated as harldly anyone can avail a tractor of sand at rates prescribed by the government even now in Patna. But he also said that government regulation is a good idea but a lot needs to be done to provide relief to ordinary people who work for life in order to build a home. "The budgets we earlier fixed have been increased manifold now," he said.