Amit Bhushan gunned down by criminals during Chhath 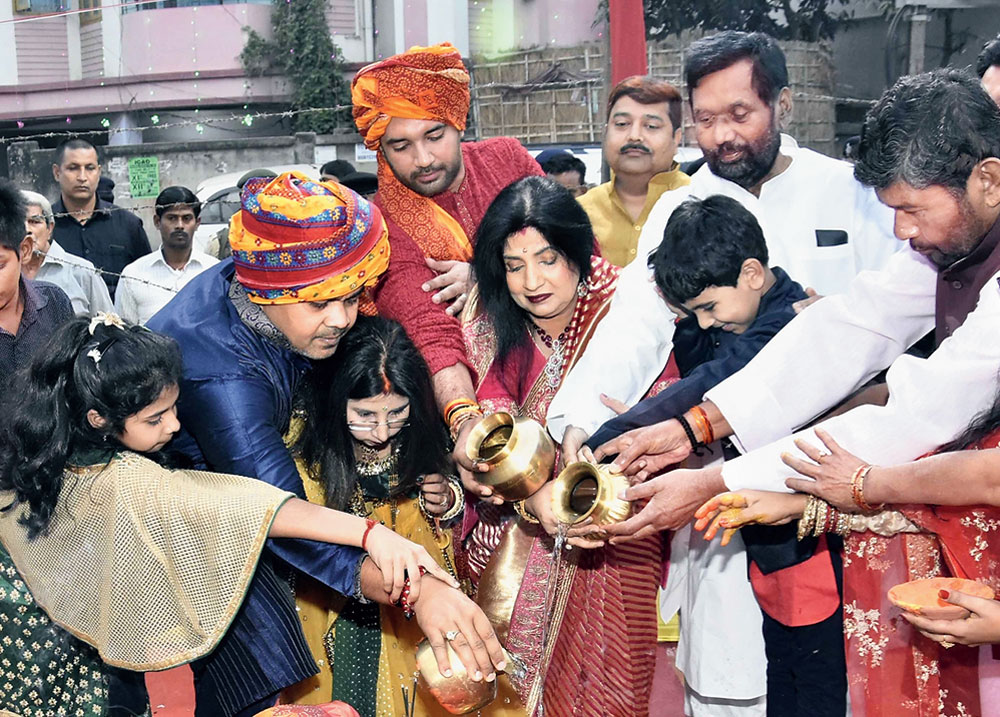 Criminals gunned down Paliganj RLSP block president Amit Bhushan alias Tuktuk Ji (38) at Mera village under Paliganj police station, on Tuesday around 10pm, around 30km from Patna in the outskirts of the district, busting the myth that crime does not take place during Chhath.

A retired army jawan also suffered bullet injuries in the incident. The incident occurred when Amit was engaged in parking vehicles near a cultural event being held in the village on Pehli Arghya on Tuesday.

Paliganj DSP Manoj Kumar Pandey said an FIR had been lodged against unknown persons. The deceased ran a water purifier unit in Arwal, he added.

On presence of the Paliganj police station house officer on the spot when the incident occurred, the DSP said a cultural programme had been organised and as the SHO came to

know about it, he reached there and asked the people not to create commotion during the programme. He himself announced through the public system to maintain peace,”

the DSP said, adding that as the SHO came to know about the murder, he had rushed to the spot.

Pandey said there was a big crowd and the villagers could not identify the assailants. Though some persons were detained for interrogation, nothing substantial came out of it.

He said the deceased’s body had been sent to Paliganj sub-divisional hospital for a post-mortem.

He said another person also sustained bullet injury in the attack and he has been identified as a retired army man, popularly known as Sipahi Ji in the locality.

Sipahi Ji is a resident of Mera village and at present is residing in Paliganj.

Patna senior superintendent of police Manu Maharaaj constituted a team led by Patna city (west) to crack the case and arrest those involved.

The deceased’s brother Avaneet Bhushan claimed the murder was due to Amit’s rising popularity in the locality as he had recently joined the RLSP.

He said his brother had a private water bottling unit at Arwal and his business was doing well.

Avaneet said his brother was married in 2003 and leaves behind two kids, son Aditya Bhushan (11) and daughter Ananya Bhushan (two-and-a-half-years).