Refuses to specify a share, but says it will be harmful for ruling NDA if it does not take a decision soon 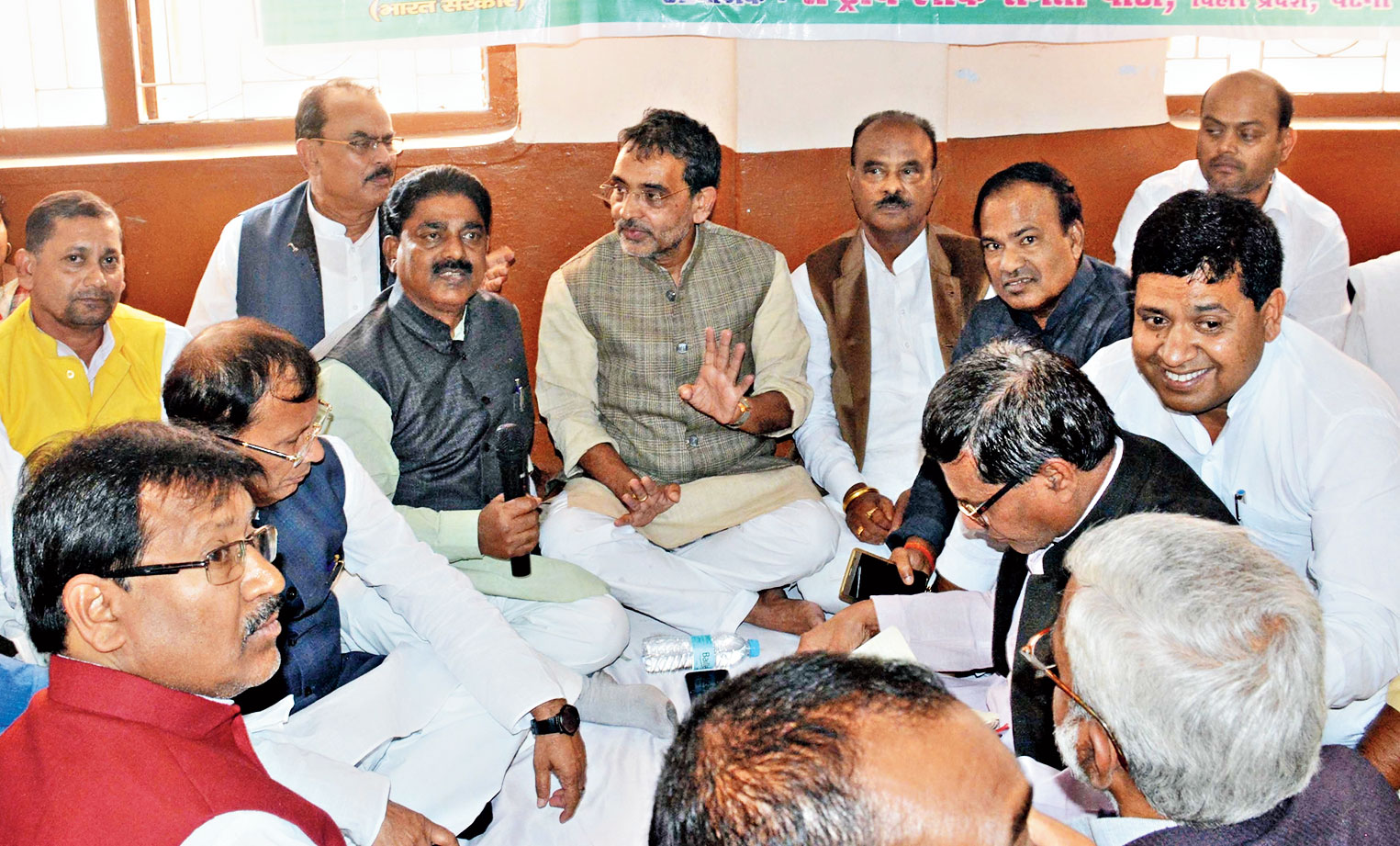 Rashtriya Lok Samta Party (RLSP) chief Upendra Kushwaha on Saturday issued an ultimatum to the BJP to finalise seat-sharing for the Lok Sabha elections by the end of November and officially rejected the offer made to his party.

“It would be very harmful for the NDA if a decision on seat-sharing is not taken soon. Looking at the entire scenario, we passed a proposal in the meeting that the BJP must finalise seat-sharing details by the end of this month (read November 30). We must get a respectful number of seats,” Kushwaha said soon after convening the executive committee meeting of his party at Panchayat Bhavan.

He, however, refused to specify the number of seats that had been offered to his party, saying he would not do so until and unless talks over seat-sharing are over.

The RLSP boss had positioned himself in New Delhi on Friday in anticipation of a meeting with BJP president Amit Shah, but he did not get any response. Kushwaha, also a Union minister, said he twice tried to meet Shah but was not given time.

Angry with the top leadership of the BJP, Kushwaha, who returned from Delhi on Saturday morning, declared that henceforth he will not make any attempt to contact any BJP leader, except Prime Minister Narendra Modi.

“I tried several times but could not meet the BJP president. I will henceforth not make any attempt to contact any BJP leader. I am not going to contact the BJP president or any other leader of the BJP except the Prime Minister. I will try to meet the Prime Minister and except for him, will not meet anyone,” said Kushwaha, who was accompanied by several leaders, including general secretary-cum-spokesperson Madhaw Anand.

The meeting of executive committee began with slogans of “Nitish Kumar Murdabaad” raised by supporters of Kushwaha when he arrived for the meeting. The sloganeering continued for around 15 minutes.

There was talk of a split in the party because two RLSP legislators — Lalan Paswan and Sudhanshu Sekhar — did not turn up for the meeting. Kushwaha shrugged off their absence saying such things did not matter for him.

“When someone from parties like the JDU or BJP leaves, you do not call it a split, but if leaders from my party skip a meeting you call it a split. However, such things do not matter because my party functions because of its workers and they are with me. I also want to say that (JDU president and Bihar chief minister) Nitish Kumar is continuously trying to break my party and destroy Upendra Kushwaha,” the RLSP chief said.