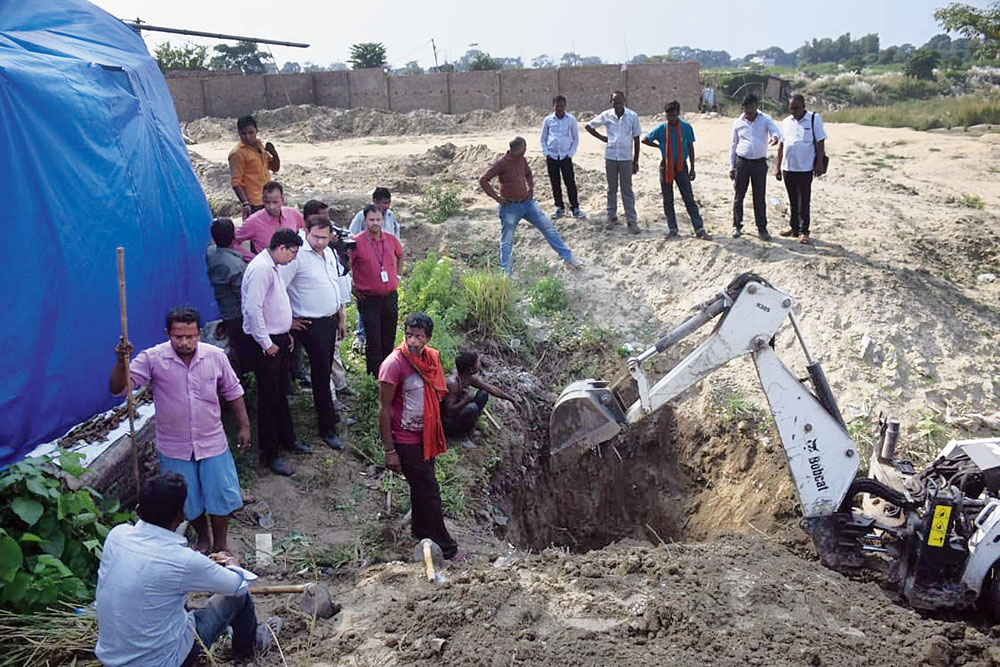 The Supreme Court on Thursday granted the CBI 15 more days to expedite investigations into the Muzaffarpur shelter home sex scandal after the agency informed the judges that it had stumbled upon the skeletal remains of a 15-year-old girl during the probe.

CBI counsel Veeranjaneyulu told the bench of Justice Madan B. Lokur, Justice Abdul Nazeer and Justice Deepak Gupta that the investigation agency required more time to get to the bottom of the case as the recovery of the skeleton of a girl indicated that the “matter is very serious”.

He said the probe agency managed to recover the skeleton only upon sustained interaction with some of the victims and inmates who were scared and not willing to open up. According to Veeranjaneyulu, it was only upon much cajoling and persuasion that some of the victims had made disclosures about the burial of the girl sometime ago, leading to the discovery of the skeletal remains.

Following this, the apex court directed the CBI to expedite the probe in another fortnight and file the necessary status report before it.

Human bones and parts of a skull were recovered by the CBI on Wednesday from a cremation site at Sikandarpur, around one-and-a-half kilometres from the Balika Grih shelter home located on Sahu Road in the heart of Muzaffarpur town, around 80km north of Patna.

The apex court bench, while passing the direction, also sought the response of the joint secretary, ministry of women and child development, to explain the steps being taken by the Centre to curb rising incidents of such sexual abuses throughout the country as stated by amicus curiae Aparna Bhat.

All the 14 accused in the Balika Grih scandal appeared before the special POCSO court at Muzaffarpur on Thursday. At least 34 minor girls were found to have been sexually abused at the government-sponsored shelter home.

The CBI had taken three accused — Vijay, driver of Brajesh Thakur; Guddu Patel, an employee of the newspaper Pratah Kamal owned by Brajesh; and Rosy Rani, assistant director of the district child protection unit — on remand for 13 days.

The interrogation of Vijay and Guddu led to the recovery of the skeletal remains, suspected to be of a minor girl, from the Sikandarpur cremation site.

Another accused, Santosh Kumar, a para-medical volunteer who used to accompany Rosy Rani during the inspection of Balika Grih when the latter was posted as assistant director of the district child protection unit between 2014 and 2017, was earlier questioned by the CBI and sent to jail.

Sources said the samples of the human skeleton were sent to the central forensic sciences laboratory to ascertain the age of the victim.

Six residents of Balika Grih run by the NGO Seva Sankalp Evam Vikas Samiti were reported missing in 2013. A station diary had been lodged with the Town police station in this connection.

The Muzaffarpur police traced five of the missing girls. While two of them died in the Sri Krishna Medical College and Hospital during treatment, two others got married and were living with their family members. The fifth girl was lodged in a Lucknow-based remand home. However, the sixth girl, said to be a resident of Delhi, is still untraced.

“The name and address of the girl aged about 13 years was found to be wrong. A police team, which had gone to verify the information, returned empty-handed,” said a senior police officer who was part of the probe team before the case was handed over to the CBI.