Advertisement
Home / Bihar / Race against time for gift of life

Race against time for gift of life 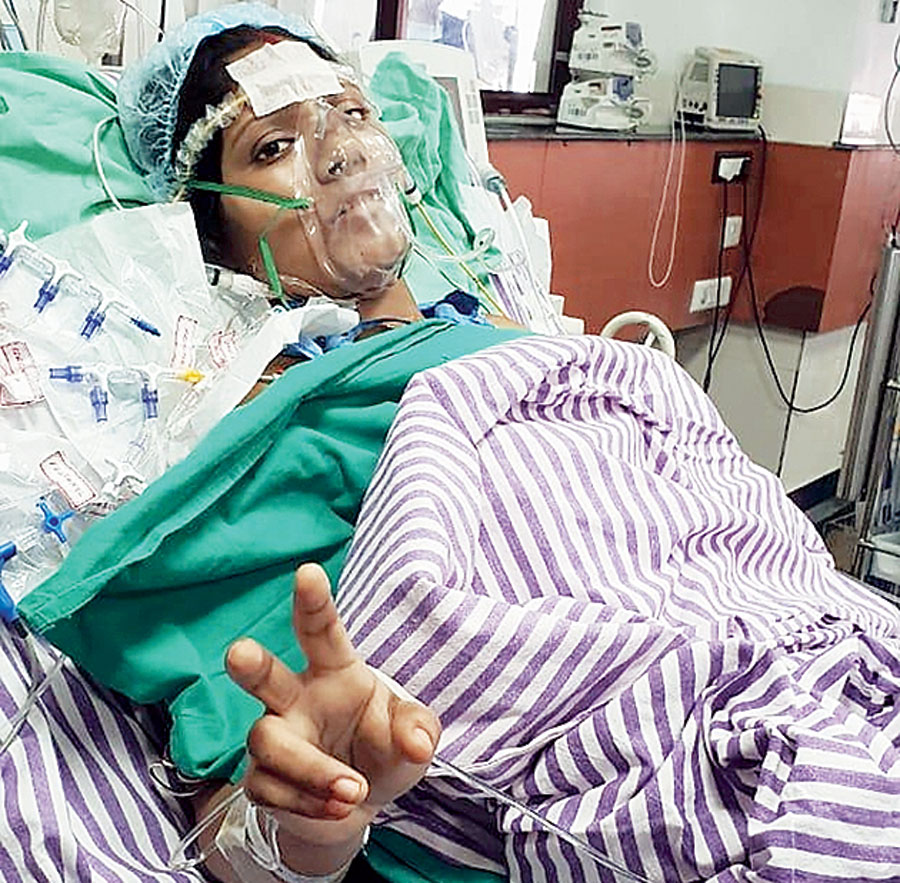 A Scorpio zipped through Bailey Road, clocking up 100km per hour to cover the roughly 1.5km from the Indira Gandhi Institute of Medical Sciences (IGIMS) to the airport twice — in four-and-a-half-minutes and three-and-a half minutes — on Monday, thanks to a green corridor the Patna police had put in place to ensure that organs harvested from a brain-dead patient in Patna could be flown to other cities for transplant surgeries. It was a first for Patna and Bihar, a state that has yet to participate wholeheartedly in the organ-donation movement.

On a normal day the same route and distance would have taken at least 10 to 12 minutes due to congestion at various points.

It was Saurabh Pratik’s mother Sarita Sinha who, when told by doctors at IGIMS that her 19-year-old mentally challenged son was brain dead after falling from the third-floor balcony, had motivated her family to ensure Saurabh’s organs could help other patients in need of transplants. One good turn deserves another, as the idiom goes, and the hospital authorities, police, and airlines all rose to the occasion to ensure Patna’s infamous chaos did not get in the way. Here’s how:

How cops chipped in

Senior superintendent of police (SSP) Manu Maharaaj said that the hospital had informed them about setting up the green corridor at around 1.30pm. The cops then made the traffic diversion chart by 2pm. The traffic on one way in the route towards the airport was stopped.

“While the hospital had arranged a Scorpio for transporting the harvested organ, we had also arranged for alternative vehicles as a precaution for vehicle breakdown,” the SSP said.

“A traffic deputy superintendent of police was asked to monitor the movement of the ambulance and 60 jawans were placed at various points of the 1.5 km stretch between IGIMS and airport.”

Even the pilots of the private airlines ensured that the harvested organs were flown in minimum time to their destinations. IGIMS medical superintendent Dr Manish Mandal said that the Jet Airlines flight that took the harvested liver landed in Delhi in 90 minutes against the usual time of one hour and 50 minutes, while the liver was taken to the Institute of Liver and Billiary Sciences (ILBS) from Delhi airport by road in just 12 minutes; the distance usually takes around one hour to cover.

“We had requested Jet Airlines people that this thing is happening for the first time in the state,” Mandal said. “Our responsibility was to take the extracted liver from IGIMS to Patna airport in minimum time and afterwards it was the airlines responsibility to take the harvested liver in minimum time to the desired destination. An extracted liver can be kept for six hours. If we do surgery but the extracted organ is not fit for use, it won’t serve any purpose. So the time factor is extremely important in the whole process — right from the time the organ is harvested to the time it is transplanted in another patient.”

The heart, which was for a patient in Calcutta, was extracted at 3.30pm on Monday, and it was taken to the airport around 3.34pm. The SpiceJet flight took off from Patna airport at 4.15 PM and landed at Calcutta airport at 5.07pm. A special green corridor from the Calcutta airport to Rabindranath Tagore International Institute of Cardiac Sciences was created with the help of Calcutta police. The convoy started at 5.19pm from Calcutta airport and reached the hospital by 5.44pm.

Mandal said the liver was extracted at 4.30pm at IGIMS and it reached Patna airport within three-and-a-half minutes. “I can’t tell you the exact time of taking of the flight but Jet Airlines transported the liver within 90 minutes. The liver reached ILBS in just 12 minutes. It usually it takes around 45 minutes time to cover the distance from Delhi airport to ILBS,” he said.

He said the ambulance was running at 100km per hour. One IGMS doctor who was in the vehicle said that the SUV was travelling so fast that his mobile phone fell from his shirt’s pocket twice.

“My only wish is that my son should give the gift of life to others,” Saurabh's mother Sarita had told the doctors.

Her wish did come true.

Howrah resident Rakhi Mondal (29) got a new lease of life on Monday after doctors at Rabindranath Tagore International Institute of Cardiac Sciences, Calcutta, transplanted Saurab's heart in her.

Rakhi, a mother of two, was awaiting a transplant for a year.

Asked how Rakhi is doing, Das said: “The patient is stable and conscious. The team of cardiologists and surgeons are closely monitoring her. The first one year is critical to manage.” 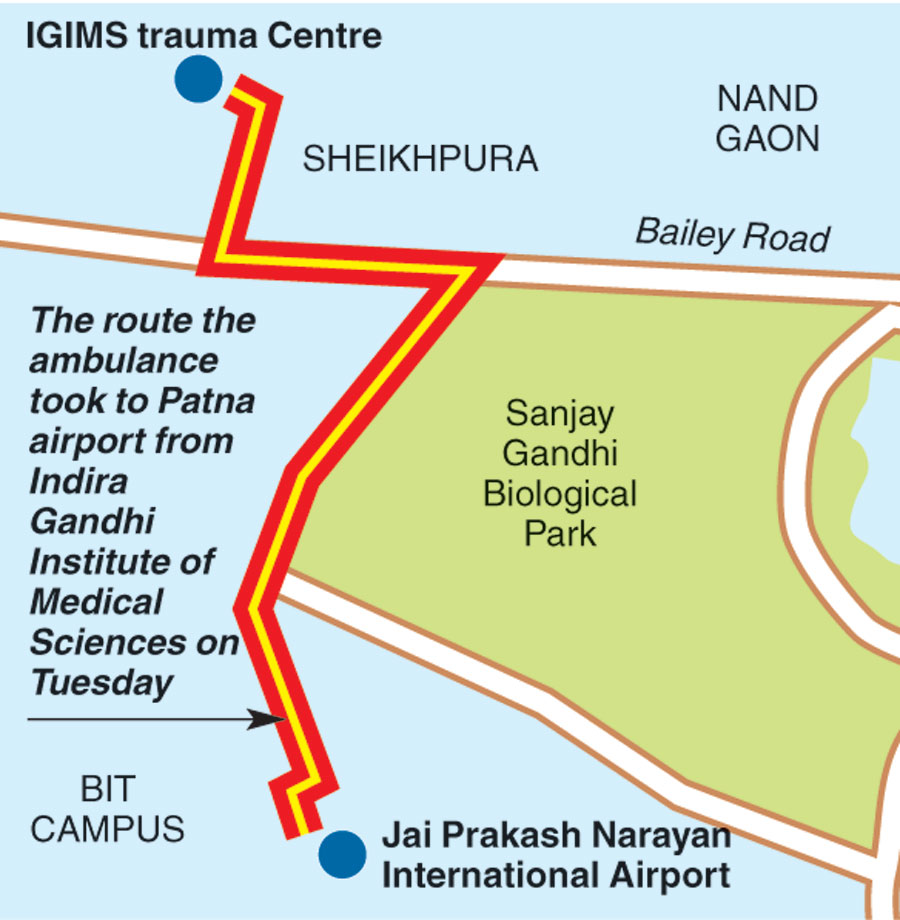