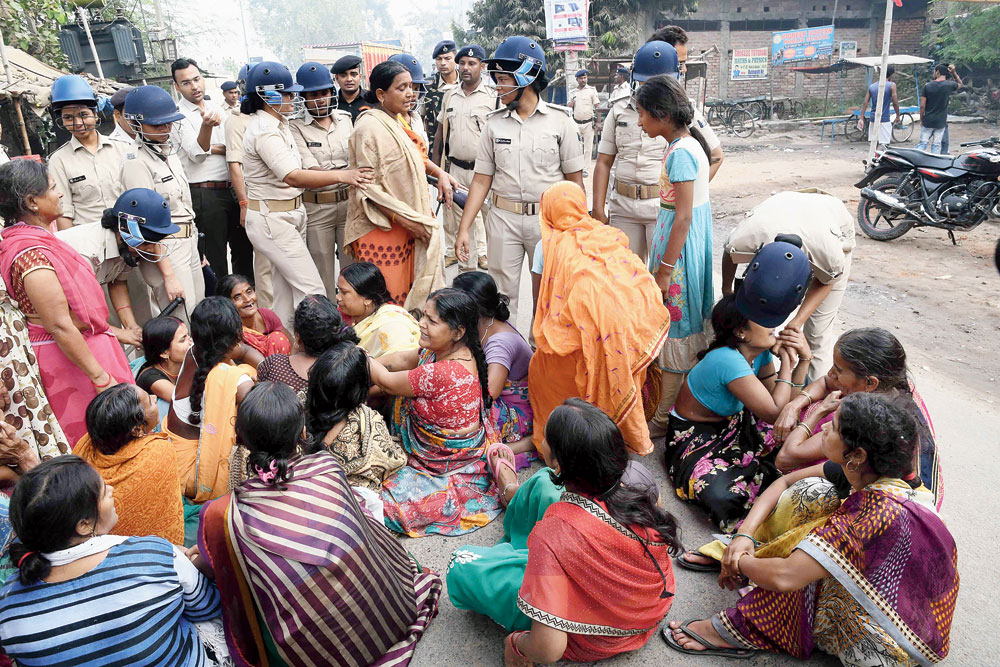 One person was killed and over a dozen others, including some police personnel, were injured during a police-public clash in Beur area early on Monday morning.

The clash happened when a police team from Beur police station had gone to conduct a raid at Itwarpur village under Beur police station area. The police had been tipped off that illegal gambling and breweries functioned in the village. When the police team reached the village, around 1.30am, some residents who were gambling began pelting the police with stones. The residents also tried to snatch guns from the police personnel.

The police personnel caned residents escalating the violence. The residents surrounded some police personnel and tried to snatch a gun from Beur police station sub-inspector Trishul Pandey. Pandey suffered injuries and is admitted to a private hospital. The police later opened fire on residents, in which Suresh Yadav, 30, sustained bullet injuries on his chest and died on the spot. As news of his death spread, the residents turned violent and began attacking police personnel. Having no alternative, the police had to retreat. Police personnel from Parsa, Beur, Kankarbagh, Jakkanpur and Ram Krishna Nagar were called in to control the situation.

After the incident, residents sat on a dharna on Patna’s Masaurhi road, paralysing traffic. They also blocked the Patna-Gaya railway route, because of which many trains were stranded at Masaurhi. The road blockade continued till 10am. The residents were demanding compensation for families of the dead and arrest of police personnel behind the incident. The blockade was lifted after the police intervened. Senior police officers including Patna superintendent of police (East) Rajendra Kumar Bheel, DSP Sadar Sushant Saroj and others reached the spot to control the violence.

But the residents had a different tale. “We attacked the police in retaliation,” Itwarpur resident Dhanji Thakur said. “We were playing cards early on Monday morning when a police team arrived and demanded money. When we refused to give them anything, they began beating us up. Even elderly people and women were not spared.”

Family members of Suresh lodged an FIR against sub-inspector Pandey and other police personnel. After the incident, tension prevailed in Itwarpur. Police from nine police stations were deputed at the village. “The police have detained six persons,” Patna SP (East) Rajendra Kumar Bheel said. “A large force has been deployed as part of precautionary measures.”