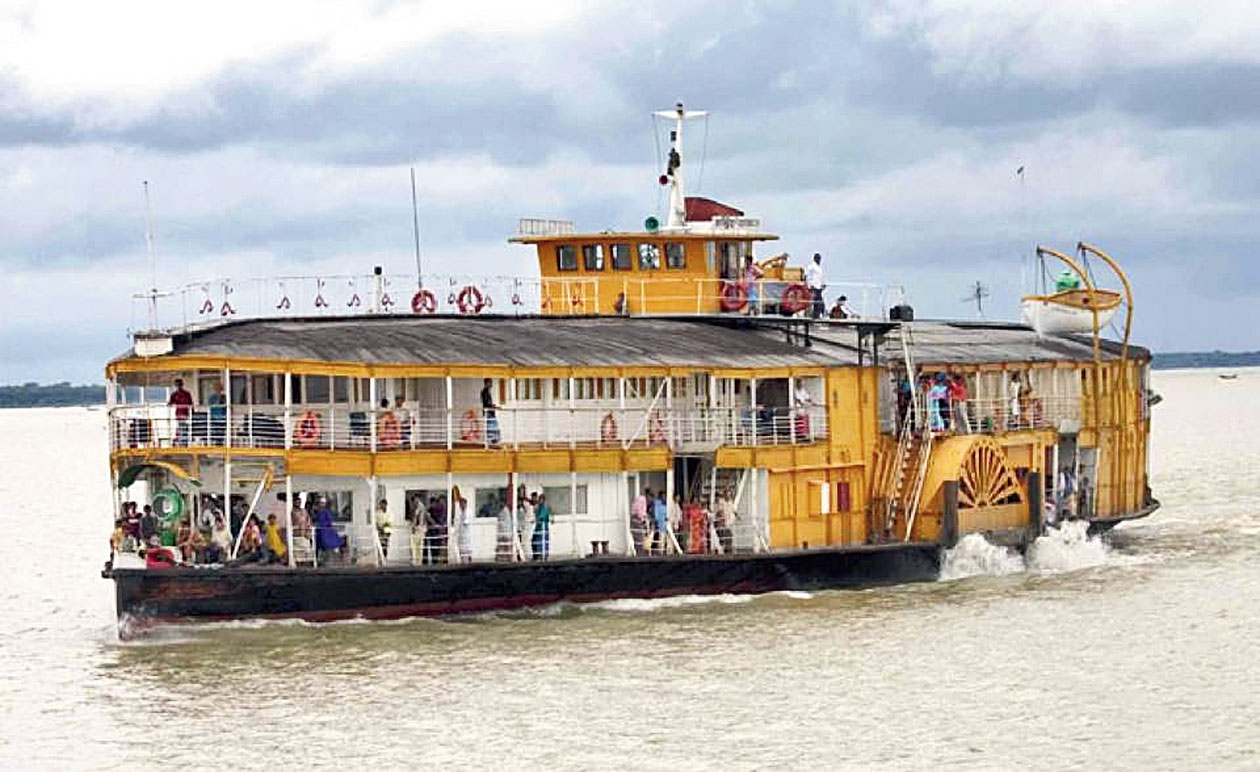 Inland Waterways Authority of India (IWAI) has started a survey on silt deposits in the Ganga basin from Pirpainti to Munger, mainly for smooth movement of steamers and cargo containers to transport goods on this part of the National Waterway 1 (NW-1), which runs from Haldia (Sagar) to Allahabad.

“Our effort is to maintain the water-level throughout the year so that NW-1 remains open to traffic. We will remove the silt deposits by dredging,” he said.

From October to March, when river tourism is at the peak, big steamers carrying tourists, mostly foreigners from Calcutta, travel to different places like Bhagalpur, Munger, Patna and Varanasi on this NW-1. “We want to continue the service throughout the year but after March, the reducing water level does not allow big steamers and cargo ships to ply on the river. Last year, a steamer full of foreign tourists was trapped midstream at Bhagalpur, mainly due to low water level,” recalled Ananto Das, a guide in a steamer company carrying tourists.

The team of experts, who have started the survey, have selected an almost 210km stretch of the Ganga from Pirpainti to Munger in the first phase.

“Approximately 30-35ft high silt deposits on the riverbed reduce the water retention capacity of the river and hence, more than 30-35 lakh cusec floodwater flows downstream. And this is the reason that during summer, the river dries up despite having sufficient water, as water could not be stored by the river, it flows away making the water level low,” the sources pointed out.

“Around 20-25 years ago, the river basic was full with water through the year and even in mid summer-days, the river used to maintain water level of not less than 33m. But after the 1970s (when the Farakka barrage was built around 112km east of Bhagalpur), the river gradually changed its ecology and due to deposit of silt on its bed, the river not only changed its course but also lost its depth,” said a source.

The IWAI deputy director, however, said after the survey, a decision would be taken on dredging the silt from the riverbed to make the river basin fit for plying of big steamers and cargo ships round the year.