Patna Pirates on the mat 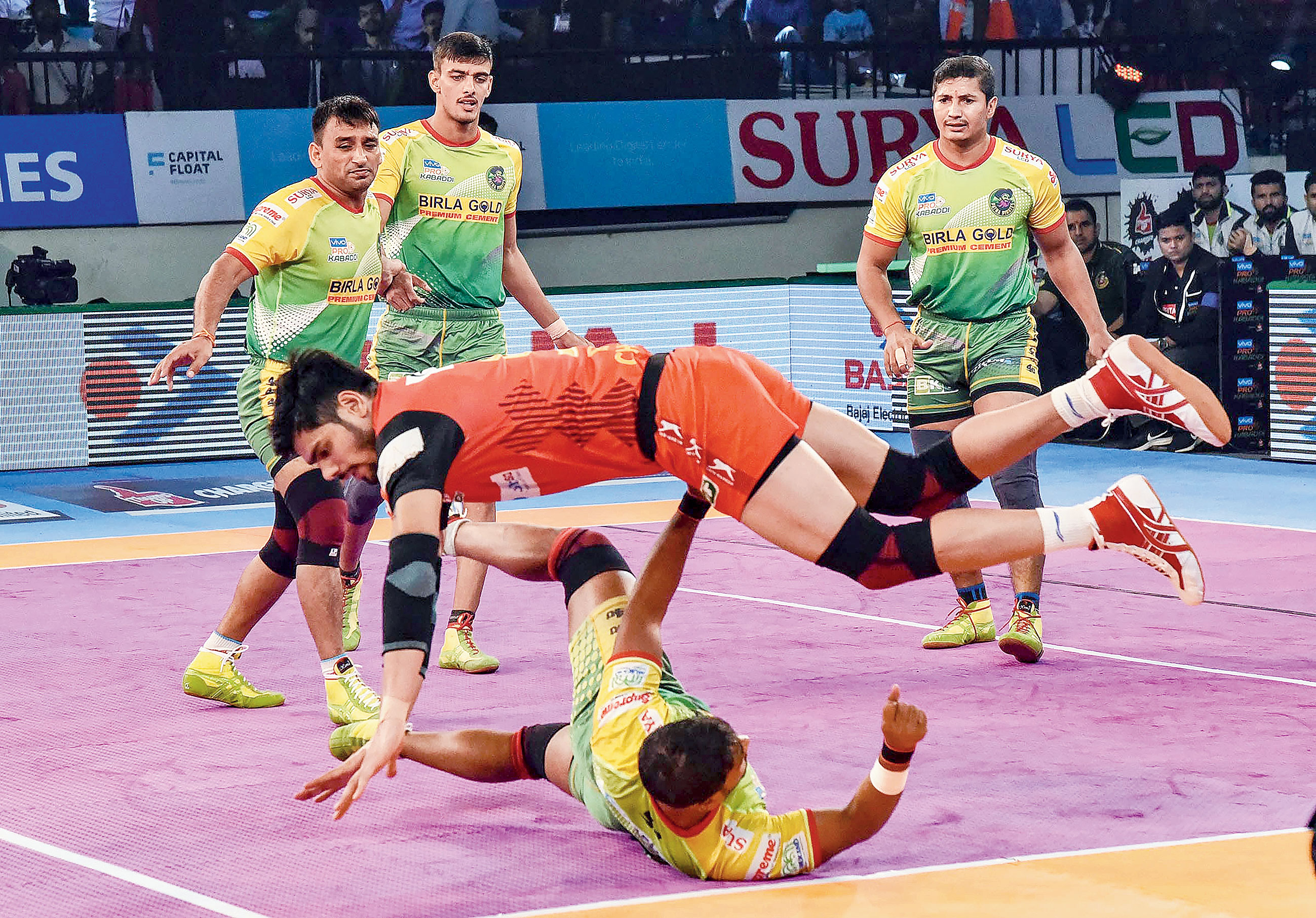 Patna Pirates, the winner of seasons III, IV and V of the Pro Kabaddi Premier League, have had a disappointing run this season.

The team led by Pardeep Narwal lost six matches out of nine it has played and has 18 points in its tally.

The team has played five matches at the homeground of Patliputra Sports Complex but it has won only one — against Jaipur Pink Panthers.

Sources said the team’s dismal performance was because of Patna Pirates’ over-reliance on Pardeep in each of the last seasons.

However, in every season the team had a strong line-up of raiders who could ably support Pardeep but this time the team is missing that support.

In the last match played between Patna Pirates and Bengaluru Bulls, the Bulls defeated Pirates by two points.

In a nail-biting finish, the last-minute points by Pawan Sehrawat of the Bulls and an unsuccessful raid by Manjeet of the Pirates gave the Bulls a two-point win over the Pirates.

With Wednesday’s win the Bengaluru Bulls have clinched the top spot in Zone B while Patna Pirates went down a place to fifth.

Wednesday’s victory is the first win of the Bulls against the Pirates since Pro Kabaddi League season II.

Pirates coach Ram Mehar Singh said: “We are worried over the team’s performance. Pardeep Narwal is struggling because of injuries.”

Pardeep suffered injuries in the second match, but as he is a star raider of the team the management decided to continue with him.