No evidence Brajesh was tortured in jail: SC 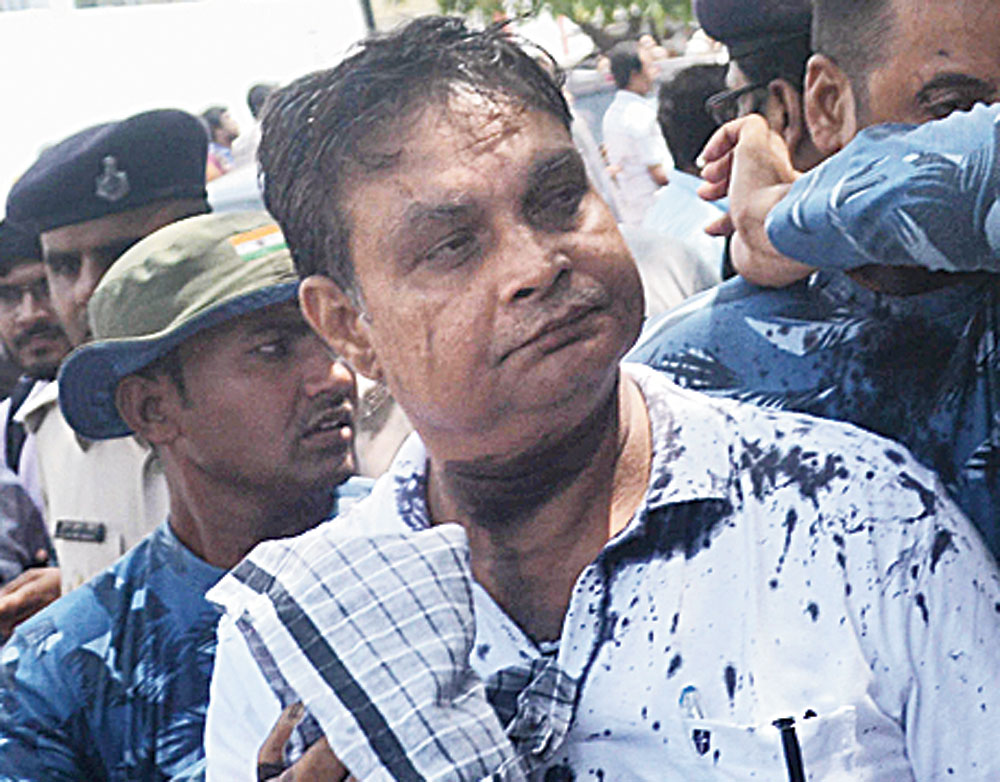 The Supreme Court on Monday said there was “absolutely nothing” in the medical examination report to suggest that Brajesh Thakur, prime accused in the Muzaffarpur shelter home sexual abuse case, was physically or mentally tortured in Patiala jail.

A bench of Justice Madan B. Lokur and Justice Deepak Gupta said they have perused the report of medical board and the doctors have not found any injuries to substantiate the claims of physical and mental torture of the accused in the jail.

Over 30 girls were allegedly raped and sexually abused at the Muzaffarpur shelter home. The issue was first highlighted in an audit report submitted by the Tata Institute of Social Sciences (TISS) to Bihar’s social welfare department.

An FIR was lodged on May 31 against 11 people, including Thakur, who was running the shelter home. Later, the probe was taken over by the CBI and so far 17 people have been arrested in the case.

During the hearing on Monday, the bench referred to the medical report of Thakur and told senior advocate Vikas Singh, who was representing him, that no injuries were found during the medical examination.

On December 6, Singh had placed before the court a letter “purportedly written” by two children of Thakur in which it was alleged that he was being tortured physically and mentally in the Patiala jail.

It had asked the medical superintendent to constitute a medical board to examine him and submit its report in the court by Monday.

The court had passed the order to shift Thakur out of Bihar after the CBI had said he was an influential person and was found in possession of mobile phone inside the Bhagalpur jail.

At the fag end of hearing on Monday, Singh told the court that the NGO which was running the shelter home at Muzaffarpur has received a notice from the department concerned of the Bihar government with regard to its four-story building there.

He said earlier the apex court had observed that the building with 50 feet wall was perhaps unauthorised and when they had approached the tribunal against the notice issued to them, the tribunal had refused to do anything on the ground that the top court was seized of the matter.

“We cannot do anything,” the bench said.

The apex court had earlier termed as “horrible” and “scary” details placed before it about the investigation into the Muzaffarpur shelter home case.