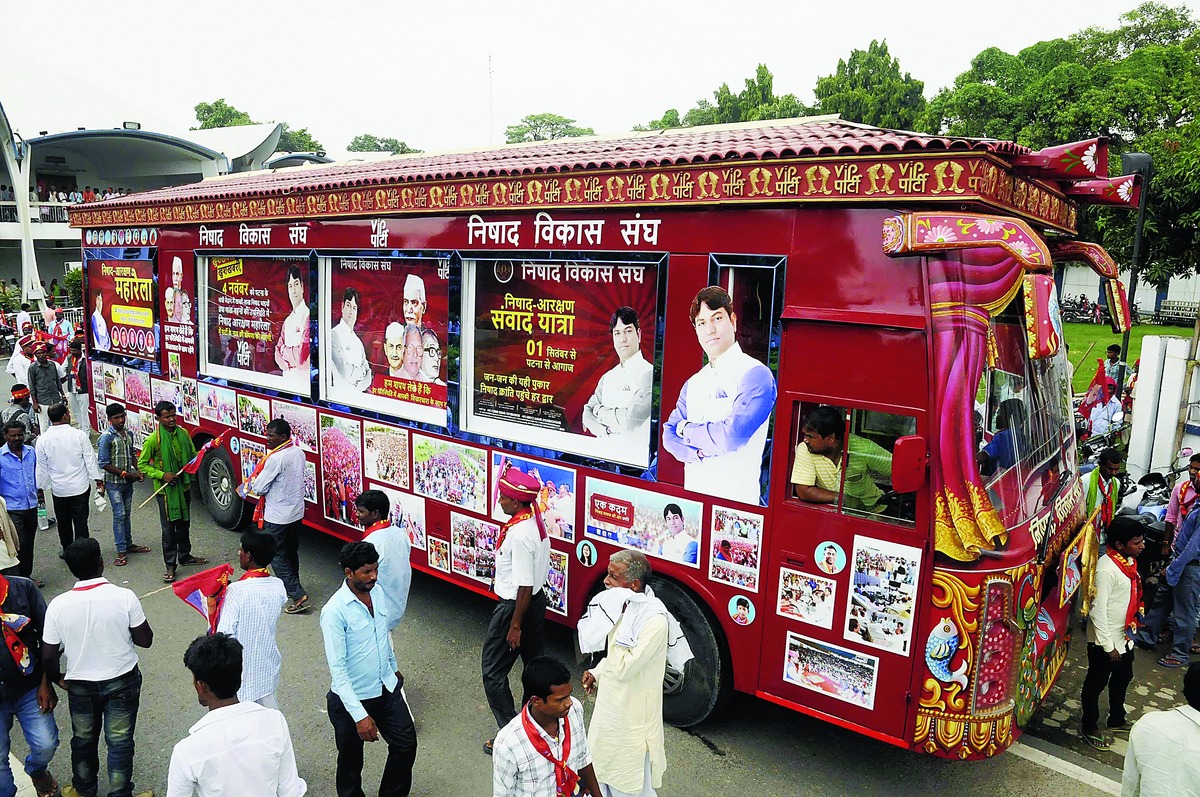 Mukesh is heading a campaign - Nishad Arakshan Samvad Bus Yatra - to demand inclusion of Nishads, Mallahs and Nonias in the Scheduled Caste category. The bus will touch every district of the state before culminating in a rally at Gandhi Maidan on November 4 where Nishad will announce the name of his political party, currently shortened to VIP. He is not revealing the full form yet.

The vehicle that is propelling him onto the political scene, meanwhile, has become the talk of the town. Mukesh has got it all the way from Mumbai. It took over two months to modify the centrally air-conditioned bus. There are four plasma televisions around it and photographs of social crusaders and freedom fighters are pasted all over. Leaders give prominent space on the bus include former Prime Minister late Atal Bihari Vajpayee, former President A.P.J. Abdul Kalam, freedom fighters Bhagat Singh, Chandrashekhar, Khudiram Bose, and Subhash Chandra Bose and former Tripura chief minister Manik Sarkar (whose clean record has impressed him).

In the second phase of the Yatra, the bus will touch Motihari on Sunday, followed by Bagaha, Saharsa, Supual and Madhepura.

Asked the reason for bringing such an expensive bus, Sahni said: "It is not for me, it is for the people who love me so much." Seated in his bus, he said: "Gone are the days when people of the Nishad community were seen as poor and shabby. They have given me so much love; they call me 'Son of Mallah'. It is because of their support that I've reached where you see me today."

The school dropout has roots in Darbhanga and runs RM Film Production in Mumbai. Sources say he is worth a whopping Rs 1,500 crore. He was a known face of the 2014 polls, even meeting Amit Shah and chief minister Nitish Kumar.