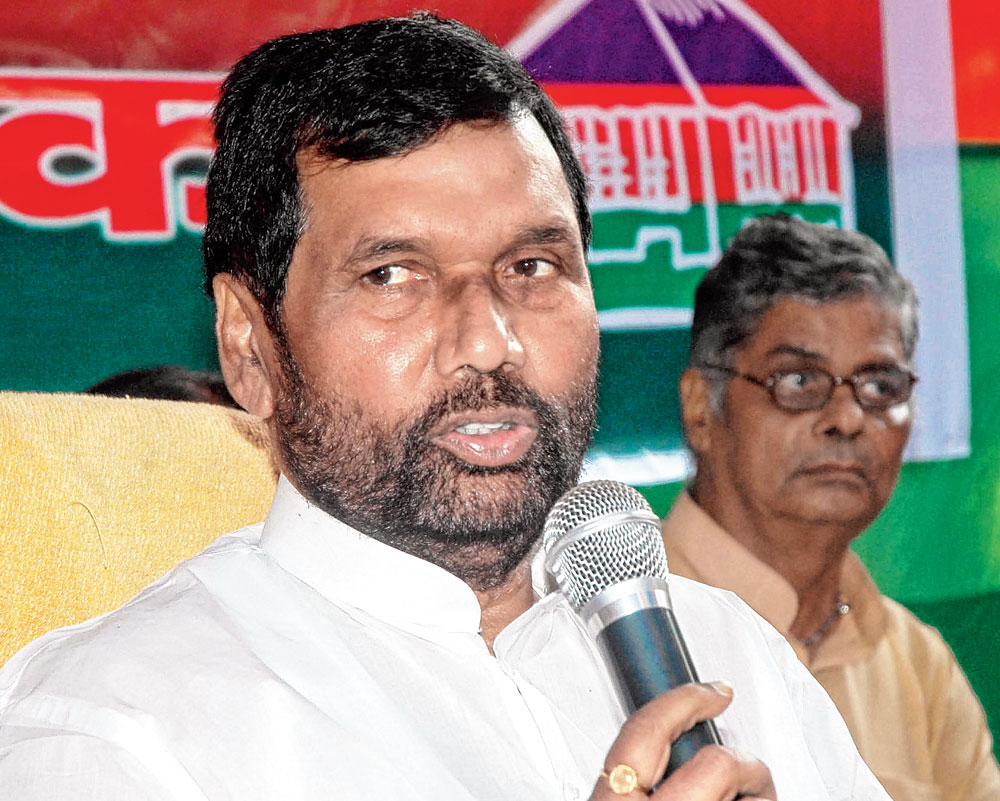 The Upendra Kushwaha-led RLSP’s exit from the NDA and the outcome of the Assembly elections in five states is going to add to the BJP’s headache as far as division of Lok Sabha seats in Bihar for the general elections is concerned.

LJP sources told The Telegraph that the party was going to adopt a tough stand when it came to its demand for number of seats.

“We had been given seven seats in the 2014 elections and our party won six of them. Given the ground realities, we would press for a larger pie this time around and would also press for early announcement of division of seats,” an LJP insider said.

He, however, accepted that the party could settle for six Lok Sabha seats provided an assurance is given for at least one Rajya Sabha berth.

The LJP leader also pointed out that it had been reiterated by the party’s parliamentary board chairman, Chirag Paswan, so many times that the LJP should be given a respectable share and also that the seat-sharing should be decided at the earliest so that the party could get sufficient time to prepare for the general elections.

“We are a small party and the more time we get the better it would be in the interest of the NDA, as we would all be working to make Narendra Modi the prime minister again,” the LJP leader said.

He said the LJP was in no mood to wait till the last minute on the seat-sharing issue and its leadership would very soon make its stand clear publicly.

Reacting to the LJP tough talk, a BJP leader said: “We believe the LJP would not create any problem as far as seat-sharing was concerned and everything on this issue would be settled amicably.”

He said Chirag Paswan had already held meetings with the party’s national president, Amit Shah, and state in-charge Bhupender Yadav on the seat-sharing issue and given the fact that the central leadership was now free from its engagements in Assembly elections to five states, the seat-sharing issue would be decided sooner than later.

Buzz within Kushwaha's RLSP after pull out: Well played, boss