Character building is a teacher’s main task, said Home Minister, who was once a teacher 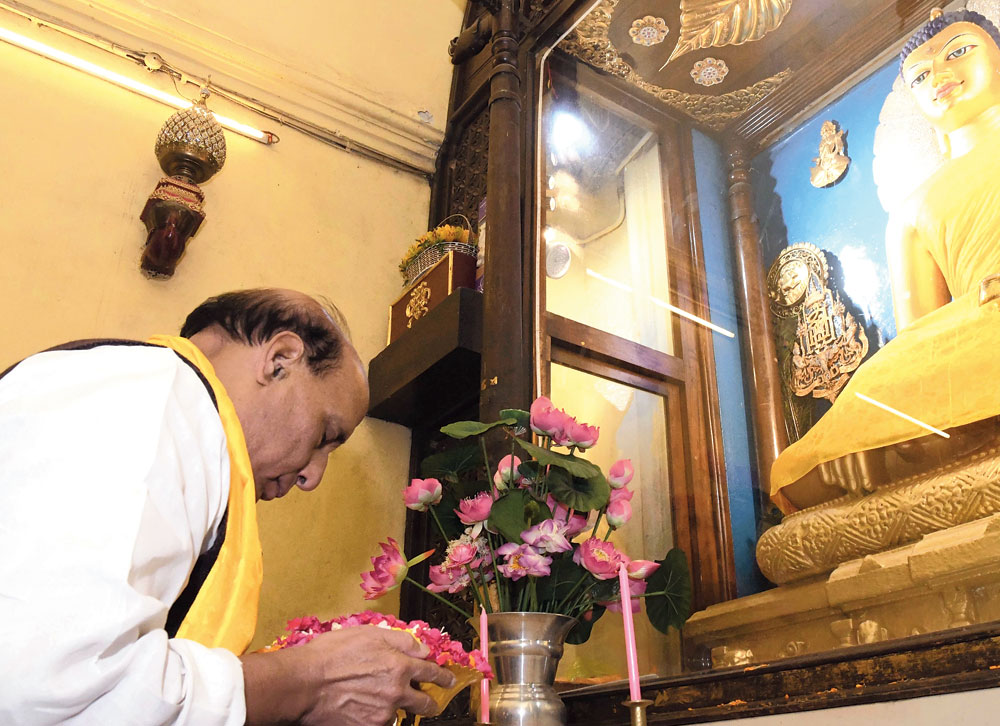 Union home minister Rajnath Singh turned teacher on Saturday to lecture teachers on their duties and responsibilities during the inauguration of an all-India conference here.

Singh, who used to be a college teacher in the early days, exhorted the teachers present to make a positive contribution to nation-building efforts by building character of students.

“Being well-compensated, teachers have no reason to complain and they should dedicate themselves towards making better citizens. Character building is a teacher’s main task,” said the home minister at the All India Conference of Primary Teachers at Gandhi Maidan in Gaya, around 98km from Patna.

Singh hailed Buddha as the all-time great teacher and said his lessons of love and compassion have become more relevant in the modern age. “It was Buddha who taught peace to the world. The local people here are blessed to be born in Buddha’s land,” he said after the inauguration at 2pm.

He said sanskar (good conduct) was more important than knowledge as without knowledge, there is no character. “India is striving to become world guru and teachers have to see to it that the tag sticks to us. The country has too many things to give to the world,” said Singh in his half-hour speech during which he avoided any comment on political issues.

He, however, did make a brief diversion as he reiterated the Centre’s commitment to national security and warned Pakistan against any misadventure. India’s peace initiatives, he said, should not be misconstrued as weakness. “We do not believe in aggression,” said Singh. “But when it comes to national defence, the country has the capacity to smash the enemy. The country followed the good neighbour principle in letter as well as spirit… The country has grown in strength under Prime Minister’s Narendra Modi.”

The Union minister also offered prayers at the World Heritage Mahabodhi Mahavihara during which Magadh divisional commissioner T.N. Bindeshwari presented him a replica of the shrine. Gaya district magistrate Abhishek Singh presented the minister a copy of the Bodhgaya coffee-table book.