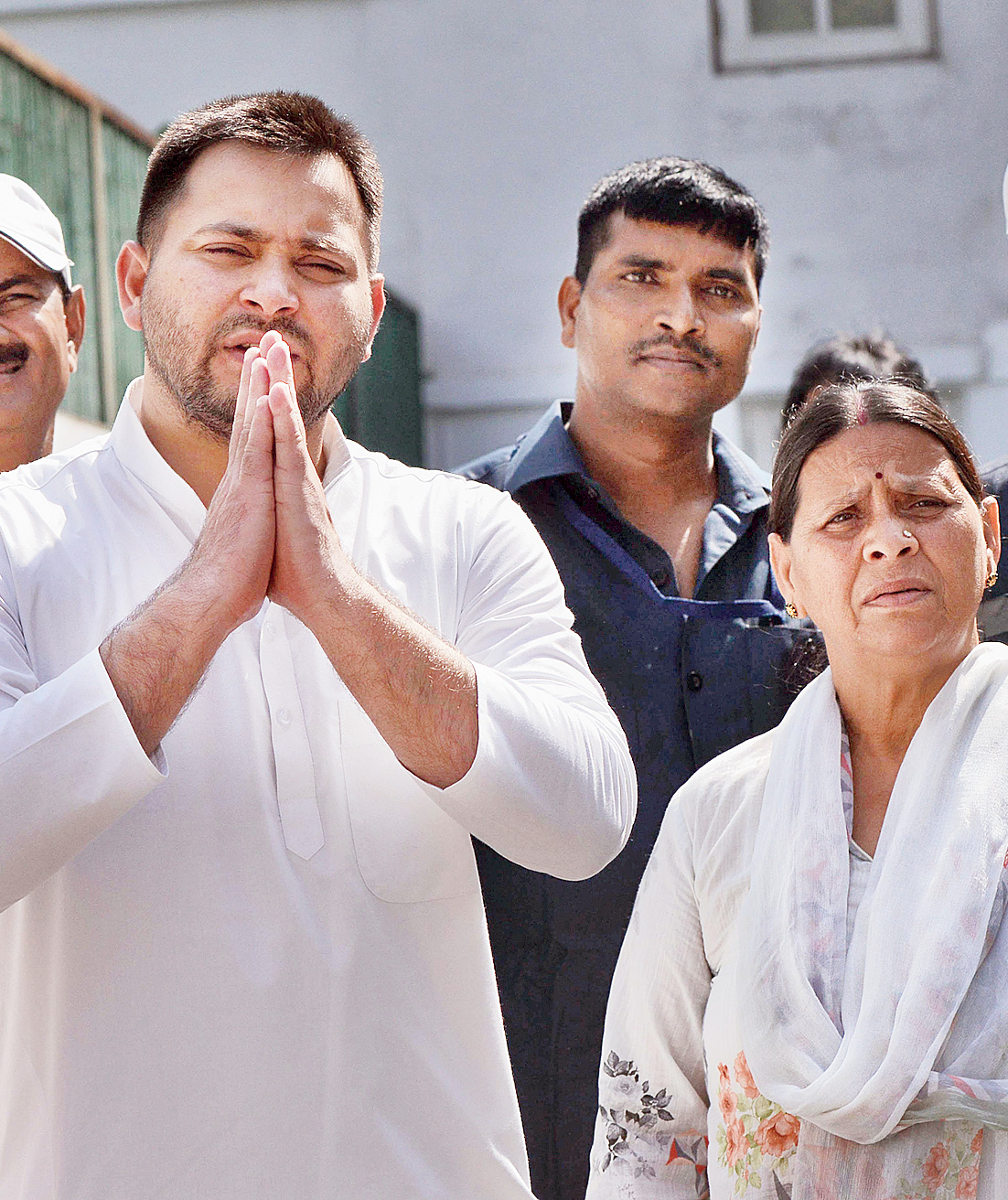 The high court on Saturday directed RJD leader Tejashwi Prasad Yadav to vacate the government bungalow on 5 Deshratna Marg, allotted to him when he was deputy chief minister.

The court upheld the state government’s decision to serve an eviction notice on Tejashwi. The building construction department’s estate officer had served a notice on Tejashwi on September 20, 2017, asking him to vacate the category E bungalow, which is allotted to ministers.

The bungalow had been allotted to deputy chief minister Sushil Kumar Modi after Nitish Kumar joined hands with the BJP to form an NDA government. Tejashwi was, in return, allotted the 1 Polo Road bungalow that was with Modi. But Tejashwi refused to vacate the bungalow and challenged the eviction notice in the high court after which a single bench of Justice Dinesh Kumar Singh put a stay order on May 18. The court had said the stay order would remain effective till a final judgement on the matter. Saturday’s order was passed by a single bench of Justice Jyoti Saran. While hearing the matter on July 18, the bench of Justice Jyoti Saran admitted Tejashwi’s writ petition and served a notice on Sushil Modi on the issue.

Tejashwi’s counsel Abhinava Srivastava and Raushan Kumar said the petitioner moved court on April 30, urging to quash the eviction order as he was being allotted a lower-grade bungalow though he was Leader of the Opposition, which is equivalent to a minister rank. Appearing on behalf of the state government, advocate general (AG) Lalit Kishor told court that as Tejashwi is not deputy chief minister any more, he must vacate the bungalow. The bench of Justice Saran had earlier reserved its order after hearing arguments from both sides.

The state government has four pools — central, high court, legislative council and legislative assembly — from which to allot bungalows to legislators and its respective staff.

The building construction department allots bungalows to ministers from the central pool, be they MLAs or MLCs. Once an MLA or MLC ceases to be a minister he or she has to vacate the bungalow. Except for Tejashwi all former ministers have vacated their bungalows. But the rules seem to have been changed in the case of Ashok Choudhary, who was earlier with the Congress and is now with the ruling JDU. He is still staying at his ministerial bungalow on 2 Polo Road even though he is just an MLC.

Also on Saturday, a Delhi court granted bail to Rabri Devi and Tejashwi and others in an Indian Railway Catering and Tourism Corporation scam case, reports PTI. Special judge Arun Bhardwaj also granted interim bail till November 19 to Rabri, Tejashwi and others in a money-laundering case. The court also directed Lalu to be produced through video-conferencing on November 19 in the cases filed by CBI and ED.

The court granted bail to Rabri and Tejashwi Yadav in the CBI case on a personal bond of Rs 1 lakh and a surety of a like amount.

However, the regular bail was not granted to the accused in the ED case after the agency sought time to file a reply to the bail applications.