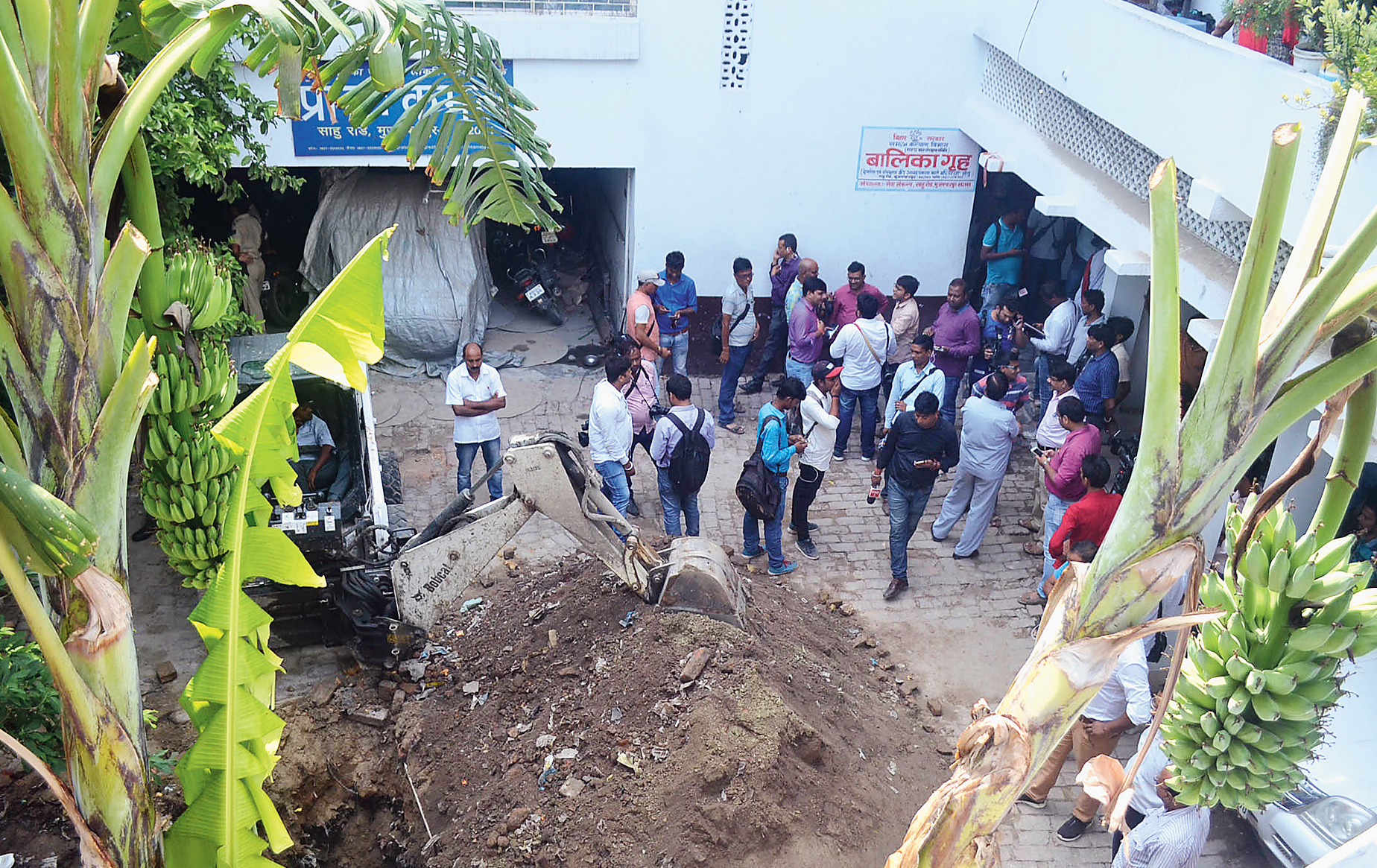 The Central Bureau of Investigation has started collecting more evidence to substantiate the charges against Brajesh Thakur, the alleged mastermind behind the sexual exploitation of underage girls at a government-funded shelter home in Muzaffarpur, and the other accused to nail them in court.

The CBI was supposed to file the charge sheet in the case in the special Pocso (Protection of Children from Sexual Offences Act) court on Friday but changed its decision at the eleventh hour without giving any reason.

A CBI team on Friday carried out searches on the premises of the Balika Grih, the shelter home which was being run by Brajesh’s NGO, Seva Sankalp Evam Vikas Samiti, located on Sahu Road in the district headquarters town around 80km north of Patna.

CBI officials were present when the water tank of the four-storey building, which housed the shelter home, was cleaned on Friday.

“We have come to search in the water tank in which Brajesh allegedly had drowned one of the girl inmates of the facility. Though we have not found anything strong evidence of drowning of the inmate, we have collected some samples,” said CBI additional superintendent of police P.K. Jha.

The officials also searched the premises and collected evidences. There was heavy deployment of armed police in the locality to carry out the operation. Authoritative sources said that the investigating agency intended to collect more evidences to convict the accused in court.

Narendra Kumar, special public prosecutor of the special Pocso court, said that so far 19 accused have been sent to jail in connection with the sexual abuse case.

On Friday, Ashwini Kumar, a medical practitioner of Muzaffarpur arrested in the case, filed his bail petition in the court.

Medical examination had confirmed that 34 girls were raped at the Balika Grih. Police had recorded the statements of the survivors soon after they were shifted to other shelter homes after the case came to the fore.

Two of the accused, Shaista Parveen alias Madhu, and Ashwini Kumar, were sent to judicial custody on Thursday after spending 18 days in the CBI’s remand.

Both Madhu, who managed the business of Brajesh, and Ashwini were taken into custody on November 21.

Ashwini was arrested from his in-laws’ house at Kudhani in Muzaffarpur on the basis of information elicited from Madhu. The medical practitioner is accused of injecting sedatives to the girls before they were raped.

The girls’ tales of horror were recorded in the court before a judicial magistrate under Section 164 of the CrPC.

The court has also lifted the freeze on the bank accounts of Kumari Asha, Brajesh’s wife, who was posted as a teacher at a Muzaffarpur college under the BRA Bihar University.

The Supreme Court had on Thursday ordered a medical check-up of Brajesh, who is lodged in Patiala jail in Punjab, after Brajesh’s children wrote to the apex court recently alleging that he was being tortured in jail.

In a related development, the Muzaffarpur municipal corporation has written to senior superintendent of police Manoj Kumar to provide adequate force to demolish the illegal portion of the building in which the Balika Grih was running.

The sexual abuse of the girls was revealed in a social audit report that a team of the Tata Institute of Social Sciences (Tiss), Mumbai, had submitted to the social welfare department.

An FIR was lodged on July 31 this year.

The Muzaffarpur police had filed the charge sheet in the special Pocso court before the case was handed over to the CBI on the demand of the Opposition, which has repeatedly alleged that the state government is protecting Brajesh and others involved in the abuse.