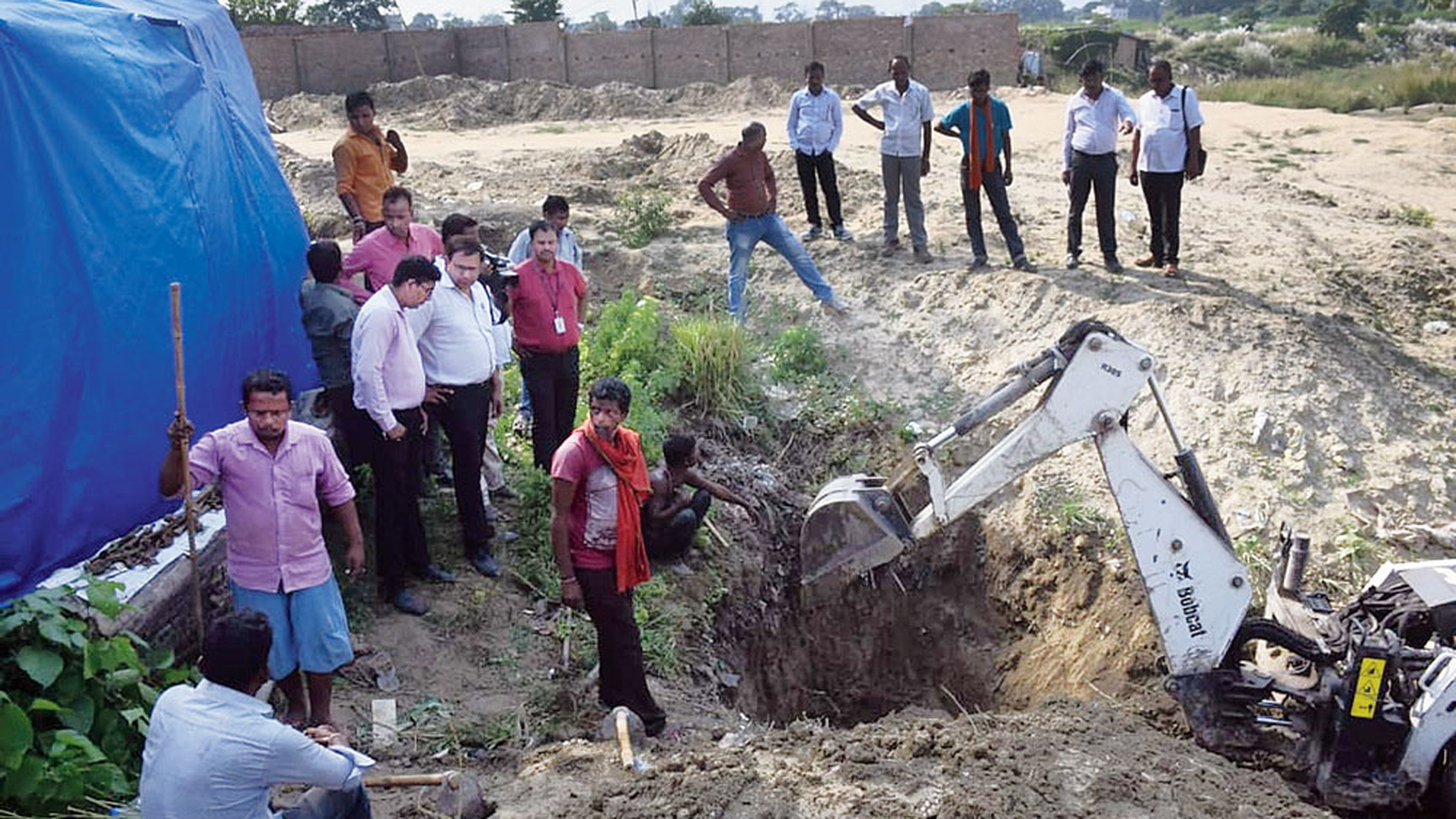 The CBI on Friday arrested another accused in the Muzaffarpur shelter home sexual abuse scandal taking the total number of arrests in the case to 15.

The CBI picked up Gaurav, a sanitation staff member of a Hindi newspaper, Pratah Kamal, owned by the alleged mastermind of the scandal, Brajesh Thakur. Gaurav, a resident of Karja in Muzaffarpur district, was later produced in the special Pocso court which allowed his four-day remand.

The investigating agency also informed the court about the recovery of a skeleton from a cremation site located at Sikandarpur in Muzaffarpur. The skeleton is suspected to be a minor girl, who was allegedly tortured leading to her death at the shelter home run by an NGO, Seva Sankalp Evam Vikas Samiti, a few years ago.

The samples of the skeleton have been sent for forensic test to ascertain the age of the victim. Prima facie, it appeared to be of a minor girl, the investigating officer reportedly told the court. The recovery of skeleton is considered to be important evidence in the Balika Grih case.

The cremation ground, which is about 1.5km from the Balika Grih located on Sahu Road, was dug up on the basis of information elicited from Brajesh’s driver, Vijay Kumar Tiwari. Tiwari, along with two other accused, were earlier taken on 13-day remand for interrogation.

The girl, said to be a resident of National Capital Region (NCR) in Uttar Pradesh, was among the six inmates who went missing from the shelter home in 2013. The Muzaffarpur police, during investigation, had traced three girls, who got married and two others, who died during treatment at Shri Krishna Medical College and Hospital.

The sixth girl was still missing. The Muzaffarpur police had dug up the front portion of the building, which housed the shelter home in July this year but nothing was found. The case was later handed over the CBI, which arrested Vijay, Guddu Patel, Rosy Rani and Santosh.

Vijay and Guddu Patel were employees of Brajesh, who are now lodged in Shaheed Khudiram Bose Central Jail. Their interrogation led to the recovery of the bones and parts of skull from the cremation ground on Wednesday.

The case has been listed for hearing on October 27, when the court opens after Puja vacation.