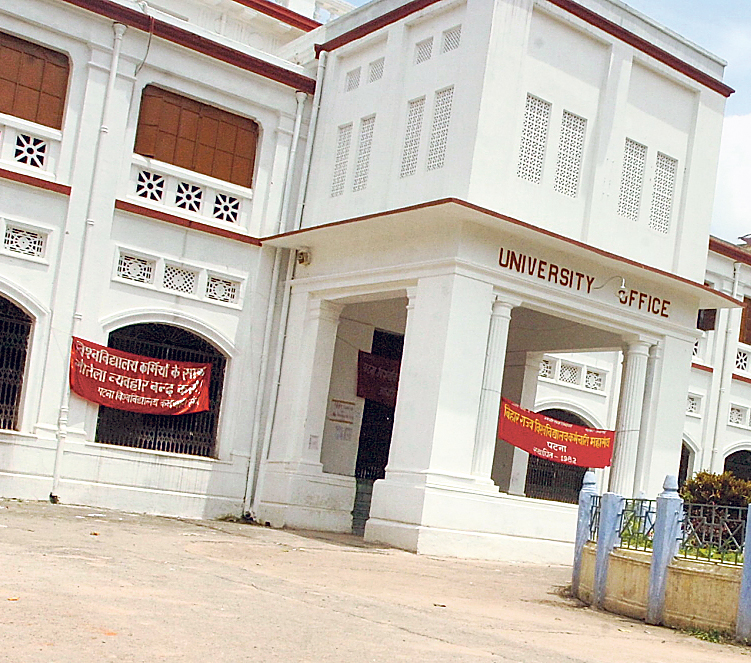 The BJP on Sunday took exception to the November 30 police raid on the state office of the Akhil Bharatiya Vidyarthi Parishad (ABVP), the student wing of the RSS, and hurled barbs on what four BJP leaders called political influence bids on the Patna University Students’ Union polls through the cops and “event managers”.

The cops raided the ABVP office on November 30.

Without naming any political outfit, the BJP leaders said that certain parties were trying to vitiate the atmosphere on the campus by using antisocial elements and also by trying to malign the image of the ABVP candidates.

The BJP leaders also claimed that the police and the administration were being used to intimidate the ABVP candidates and their supporters so that they could not campaign properly.

The BJP quartet, without taking names, also said that in a bid to influence the Pusu elections some parties were taking the professional service of people who are event managers.

Some felt the barb was aimed at poll strategist-turned-JDU vice-president Prashant Kishor.

BJP sources said the statement of the BJP legislators came on the instructions of senior leaders of the party.

Party sources also said that the “event manager” barb was aimed at a senior JDU functionary who, after joining party, had been active in interacting with youths. The ABVP was more direct in its attack.

Patna University senate member and ABVP leader Pappu Verma on Sunday claimed that the Patna police were working under political influence and police raids in the wee hours in the office of a social organisation showed that the JDU was panic stricken and wanted to instil a sense of fear among ABVP members by using police.

Contacted for comment, JDU spokesperson Neeraj Kumar said: “Use of violence in politics in unfortunate. As far as police raid is concerned, the law would do its work and no political meaning should be made out of the incidents that have taken place ahead of the Pusu elections.”

The varsity elections are scheduled to be held on December 5. The ABVP has fielded Abhinav Sharma as its presidential candidate, and the JDU student wing has fielded Mohit Prakash.