Your favourite 007 says something about you 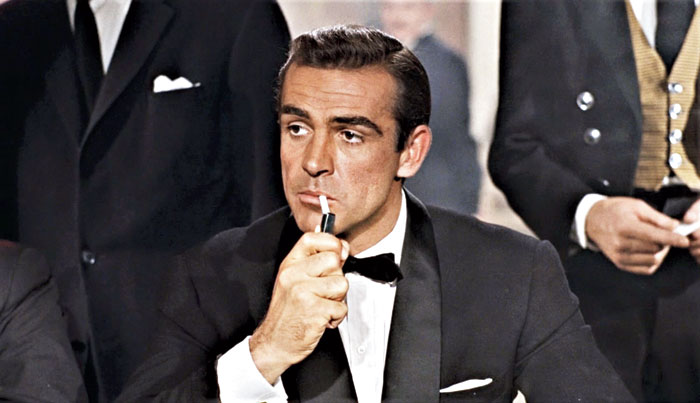 Who is your favourite Bond? I’d hazard that your choice says something about you. Traditionalists plump for Sean Connery, while those of an edgy or progressive bent favour Daniel Craig. One colleague argues persuasively for George Lazenby, proving that we humans are indeed a diverse bunch. (Being immature, with a weakness for puns and a well-cocked eyebrow, mine is Roger Moore.) Many viewers simply choose the first they saw in a cinema.

The magazine Radio Times aims to set the record straight, polling tens of thousands of readers in a knock-out tournament between the six actors who have graced the role.

The results are fascinating. Connery finishes top — no surprises there. Intriguingly, Timothy Dalton’s gritty, criminally underrated Bond ends up in second place, ahead of Pierce Brosnan and Roger Moore.

This seems quite the upset when you consider that not long ago, many critics were hailing Craig as the greatest ever Bond.

Yet his films have never recaptured the high watermark of his debut in Casino Royale, directed by Martin Campbell, the architect of another game-changing reboot, GoldenEye.

The series soon turned in a worthier and more tedious direction; axing much of what was distinctively “Bond”. Gadgets, sexual chemistry — and yes, smutty wordplay — were replaced with bewilderingly fast-moving action sequences and CGI. Then the ultimate sacrilege: Bond’s trademark Martini was supplanted in one scene by a Heineken bottle, amid so much product placement I almost wondered when they would start calling him “007UP”.

There are constant efforts to unearth deeper emotional meaning from Bond, exposing him as a tortured white elephant of “toxic masculinity”, rather than the elegant, seductive gentleman spy.

This perhaps explains recent films’ obsession with Bond’s origins, reflecting our own identitarian times. The end result may be more multifaceted than, say, A View to a Kill, but it eliminates much of the fun. Only the most committed fan would return for round two of Quantum of Solace.

I suspect many of the Craig enthusiasts aren’t great lovers of the franchise. They are more likely to be scholarly critics, the perennially woke, or else they like him because he is more Bourne than Bond.

For my money, Craig is to Bond what the Duke and Duchess of Sussex are to the royal family: both tend to alienate traditional fans while energising new audiences.

Over the weekend, Dad and I watched Moonraker, one of the sillier Moore outings. We groaned as Bond tried to remain incognito among the sightseers of Venice by driving through St Mark’s Square on a hovercraft-gondola mounted on a giant Union Jack, while waiters spilt drinks and a pigeon performed a double-take.

We cheered as the defence minister, upon spotting the obligatory footage of Bond and his love interest in intergalactic flagrante, said: “My God, what’s Bond doing?” To which Q responds: “I think he’s attempting re-entry, sir.” Bond is nothing without this element of prep-school humour.

In years to come, we may look back on Connery’s victory over Craig as a vital milestone in this mini culture war. While elitists push for an ever-more tortured Bond, normies like me will seek solace in double-taking pigeons and exploding pens.