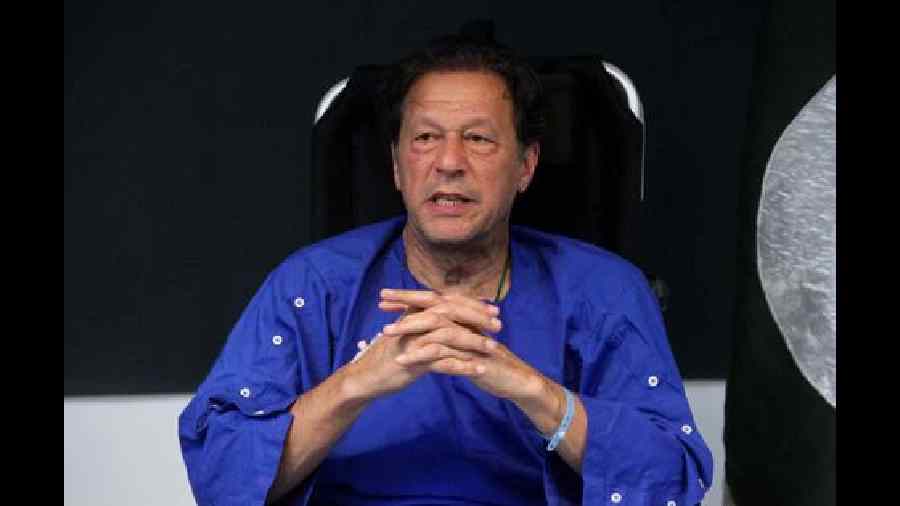 Pakistan’s former Prime Minister Imran Khan, who survived an assassination attempt, has hailed the man who foiled the attack and apprehended the shooter during his long march in Punjab province as the country’s “hero”.

Khan, 70, suffered a bullet injury in his right leg on Thursday when two gunmen fired a volley of bullets at him and others in the Wazirabad area of Punjab province, where the former Prime Minister was leading a protest march against the Shehbaz Sharif government.

A day later on Friday, Khan met Ibtisam, who foiled the attack and apprehended the shooter during the march, at the Shaukat Khanum Hospital. Khan is being treated for the bullet wounds which caused a fracture, the Geo News reported.

The Pakistan Tehreeke-Insaf (PTI) chairman also signed an autograph for his saviour on the same shirt that he wore while apprehending the shooter who is currently in the custody of Punjab police.

The cricketer-turned-politician has married thrice. His previous two marriages have ended in divorce. His first marriage was with Jemima Goldsmith, in 1995, which lasted 9 years. His second marriage with TV anchor Reham Khan in 2015 ended after 10 months.

In 2018, Khan married for the third time with his “spiritual guide” Bushra Maneka. Goldsmith, the ex-wife of Khan, expressed relief as her former husband is stable after the assassination attempt. She also called Ibtisam a “hero”.