Senior party officials approved the resolution last week, when some of its main points were released in an official summary of their meeting 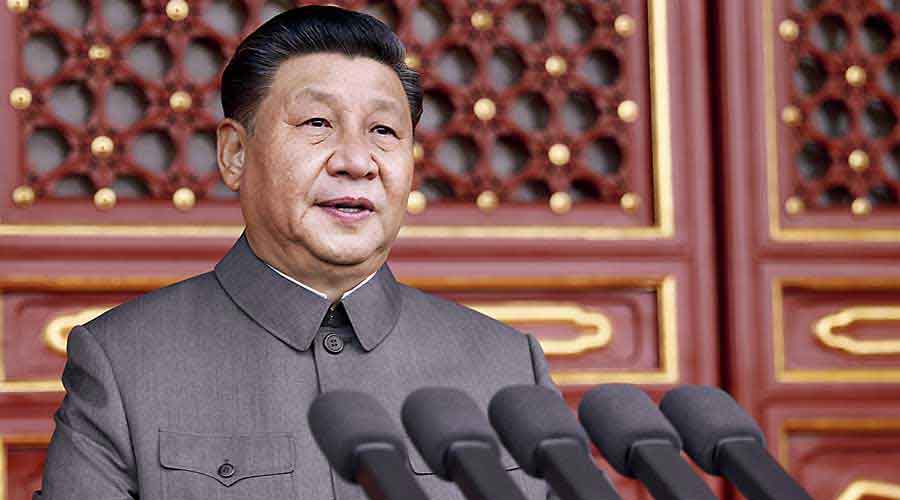 Xi Jinping’s drive to extend his formidable power for years ahead reached a new pitch on Tuesday, when the Chinese Communist Party issued a resolution on history that anoints him one of its revered leaders, hours after Xi held video talks with President Biden.

Senior party officials approved the resolution last week, when some of its main points were released in an official summary of their meeting. But the government has only belatedly issued the full document, the third such summation of history in the 100 years of the Chinese Communist Party. Here are some initial takeaways.

The implications of the Chinese Communist Party’s jargon-riddled speeches and documents can sometimes be elusive. Not this time.

A chorus of official speeches and editorials has emphasised that the resolution had one main goal: to cement Xi’s status as a transformational leader essential to ensuring China’s rise.

Roughly two-thirds of the document is devoted to Xi’s nine years in power and the changes he has brought in politics, economics, foreign policy and other areas. Xi appears 22 times in the resolution; Mao Zedong gets 18 mentions, and Deng Xiaoping six. Xi’s immediate predecessor, Hu Jintao receives one mention.

As is the way in Chinese politics, the elevation of Xi already has its own slogan embedded in the resolution: “The two establishments” (Liang ge queli) — that is, establishing Xi as China’s “core” leader and establishing his ideas as China’s bedrock official doctrine. Party cadres have repeated that slogan in speech after speech since the Central Committee approved the move last week.

Officials must show “absolute loyalty to the core, resolutely defend the core, closely and constantly follow the core”, said the official account of a meeting about the resolution in Shandong province.

Xi was already powerful before the history resolution, but the document appears intended to propel him into a new phase of influence before a Communist Party congress next year.

That congress is likely to give Xi a third five-year term as party leader, breaking with the two-term pattern that emerged under his predecessors. It will also add political urgency to his policy priorities, including a “common prosperity” programme intended to rein in economic inequality, as well as efforts to strengthen China’s homegrown technological capabilities.

The history resolution sets him in the party’s firmament of epoch-defining leaders, alongside Mao Zedong and Deng Xiaoping. Mao led China to stand up against oppression; Deng led it to prosperity; and now Xi is leading it to strength — so goes the three-stage description of China’s rise repeated in the resolution.

Assessing Deng’s legacy presented Xi with a tricky issue: If Deng and his handpicked successors — Jiang Zemin and Hu Jintao — were so successful, what justified the sharp shift to more centralised, authoritarian control that Xi has overseen? On the other hand, Xi’s claims to be an economic reformer could suffer if he denigrated Deng, who is still widely revered in China.

The resolution praises the Deng era for unleashing China’s economic growth, and also defends Deng’s decision to use armed force to crush pro-democracy protests that spread across China in 1989. “Reform and opening up was a crucial step in determining the fate of contemporary China,” it says.

Yet the resolution also bluntly argues that problems had piled up before 2012, when Xi came to power: corruption, political ill-discipline and lack of faith in the party, as well as wider problems such as industrial pollution and inefficient growth. His immediate predecessors, it suggests, had let things drift.

“The external environment was bringing many new dangers and challenges,” the resolution says of the time before  Xi took office. Inside the Communist Party, it adds, corruption was spreading. “Some party members and officials experienced grave crises in their political faith.”

Confronting Mao’s legacy also presented potential pitfalls. Under Xi, the party has stepped up censorship to defend Mao from criticism. The authorities have curtailed research and teaching on the disastrous decades of Mao’s rule. But going too far in defending Mao could be risky, too.

Xi has faced criticism that his hard-line campaigns against political disloyalty risk reviving parts of China’s Maoist past. Xi has not shown interest in unleashing turbulent Mao-like mass campaigns, so he has tried to acknowledge Mao’s excesses while strongly defending Mao’s overall record.