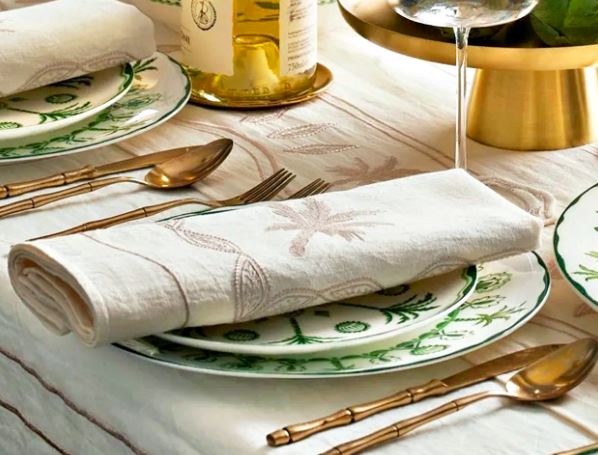 Since opening two decades ago, Noma — the Copenhagen restaurant currently serving grilled reindeer heart on a bed of fresh pine, and saffron ice cream in a beeswax bowl — has transformed fine dining. A new global class of gastro tourists schedules first-class flights and entire vacations around the privilege of paying at least $500 per person for its multicourse tasting menu.

Noma has repeatedly topped lists of the world’s best restaurants, and its creator, René Redzepi, has been hailed as his era’s most brilliant and influential chef.

Nevertheless, Redzepi told The New York Times, the restaurant will close for regular service at the end of 2024.

Noma will become a full-time food laboratory, developing new dishes and products for its e-commerce operation, Noma Projects, and the dining rooms will be open only for periodic pop-ups. His role will become something closer to chief creative officer than chef.

This move is likely to send shock waves through the culinary world. To put it in football terms: imagine that Manchester United decided to close Old Trafford stadium to fans, though the team would continue to play.

The decision comes as Noma and many other elite restaurants are facing scrutiny of their treatment of the workers, many of them paid poorly or not at all, who produce and serve these exquisite dishes. The style of fine dining that Noma helped create and promote around the globe — wildly innovative, labour-intensive and vastly expensive — may be undergoing a sustainability crisis.

Redzepi, who has long acknowledged that gruelling hours are required to produce the restaurant’s cuisine, said that the maths of compensating nearly 100 employees fairly, while maintaining high standards, at prices that the market will bear, is not workable.

“We have to completely rethink the industry,” he said. “This is simply too hard, and we have to work in a different way.”

The chef David Kinch, who last week closed his three-Michelinstarred restaurant Manresa, in Los Gatos, California, said “the last 30 years were a gilded age” when ambitious restaurants multiplied and became less formal and more exciting. His casual restaurants will remain open, but he said fine dining was no longer something he wanted to do himself, or to inflict on his staff, calling the work “backbreaking”.

“Fine dining is at a crossroads, and there have to be huge changes,” he said. “The whole industry realises that, but they do not know how it’s going to come out.”

The Finnish chef Kim Mikkola, who worked at Noma for four years, said that fine dining, like diamonds, ballet and other elite pursuits, often has abuse built into it.

“Everything luxetarian is built on somebody’s back; somebody has to pay,” he said.

Mikkola, who is building a chain of sustainable, equitably run fried-chicken sandwich shops, KotKot, said he values the artistry he learned at Noma. “Do we want to tell everyone not to have great experiences, to just eat potatoes?” he said. “Absolutely not. That’s the dilemma.”

As the human cost of the industry comes under scrutiny, Redzepi’s headaches have multiplied, with media reporting and online activism critical of Noma’s treatment of foreign workers and reliance on unpaid interns. In October, Noma began paying its interns, adding at least $50,000 to its monthly labour costs.

In the past two years, Redzepi and his staff also scaled their last remaining mountaintop, receiving a third Michelin star, and for a record-breaking fifth time, Noma topped the influential World’s 50 Best Restaurants list, making it ineligible for future wins.

Redzepi denied that any of those factors prompted the decision to close Noma’s doors. Instead, he said, operating at the high level that has earned Noma international adulation had long felt untenable. But until the Covid pandemic kept him at home, he said, he had never stopped working long enough to question whether the whole business model might be broken.

For the last decade, Redzepi, 45, has been on a rather public spiritual journey, embracing therapy, coaching and walking meditation in order to exorcise the famously rageful, mercurial and workaholic young chef he was when he opened Noma in 2003. He said that process brought him to this breaking point.

“It’s unsustainable,” he said of the modern fine-dining model that he helped create. “Financially and emotionally, as an employer and as a human being, it just doesn’t work.”

A newly empowered generation of workers has begun pushing back against that model, often using social media to call out employers. The Willows Inn, in Washington State, run by the Noma-trained chef Blaine Wetzel, closed in November after a 2021 Times report on systemic abuse and harassment; top destinations like Blue Hill at Stone Barns and Eleven Madison Park have faced media investigations into working conditions.

Recent films and TV series like The Menu, Boiling Point and The Bear have brought the image of armies of harried young chefs, silently wielding tweezers in service to a chef-auteur, into popular culture.

In a 2015 essay, Redzepi admitted to bullying his staff verbally and physically, and has often acknowledged that his efforts to be a calmer, kinder leader have not been fully successful.

“In an ideal restaurant, employees could work four days a week, feel empowered and safe and creative,” Redzepi said. “The problem is how to pay them enough to afford children, a car and a house in the suburbs.”

Redzepi’s reputation was built on his challenges to fine-dining tradition, most famously discarding imported delicacies like French foie gras and Italian truffles in favour of local and foraged ingredients like spruce tips, two-year-old carrots and duck brains. The cooking style became known as New Nordic, and swept all of Scandinavia into a new status as an elite culinary destination.

Scores of chefs have moved to Denmark to study Redzepi’s work, then spread his style to other countries; having a Noma pedigree opens doors and investors’ wallets all over the world, several alumni said. Frequent keynote speeches at food summits have elevated Redzepi to the role of global visionary. He has been knighted by the queen of Denmark, and published a book on leadership with the Nelson Mandela Foundation.

But the kitchen culture at Noma did not always live up to the ideals it projected. In interviews, dozens of people who worked at Noma between 2008 and 2021 said that 16-hour workdays have long been routine, even for unpaid workers.

A Noma spokeswoman replied: “While our industry has been characterised by long working hours, this is something we at Noma constantly work to improve.”