There is an imbalance when Africa, Latin America, most of Asia, Central and Eastern Europe comply with the right of veto: Zelensky 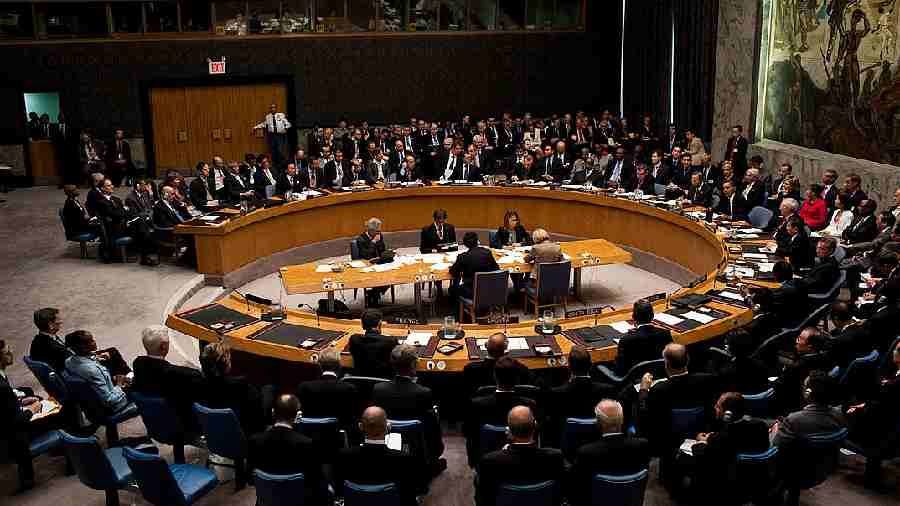 A number of world leaders have joined the United States in seeking reforms in the UN Security Council and including India as one of its permanent members, giving momentum to the demand for expansion of the powerful wing of the United Nations.

Japanese Prime Minister Fumio Kishida stressed reforming the United Nations, including its security council "to return to the vision and principles of the UN Charter, with the strengthening of the UN's functions, including disarmament and non-proliferation".

In his address at the annual session of the UN General Assembly, Portuguese Prime Minister Ant nio Costa said, "We need a representative, agile and functional security council that can respond to the challenges of the 21st century without becoming paralysed, and whose actions are scrutinized by other members of the United Nations."

Costa sought a security council that incorporates a comprehensive view of security, recognising the role of climate change as an accelerant of conflict.

Observing that the world of today is quite different from 1945 when delegates from 51 countries met in San Francisco to found the United Nations, he sought a UNSC where "the African continent, and at least Brazil and India, have seats and where small countries are more fairly represented".

Ukrainian President Volodymyr Zelensky has also called for reforming the UN Security Council. "There is an imbalance when Africa, Latin America, most of Asia, Central and Eastern Europe comply with the right of veto, that they never had."

"And this is what Ukraine is talking about. Have you ever heard such words from Russia? But it is a permanent member of the security council and for some reason, Japan, Brazil, Turkey, India, Germany and Ukraine are not. The day will come when this will be resolved," he said.

German Chancellor Olaf Scholz said his country has, for many years, been committed to the reform and expansion of UNSC, first and foremost to include the countries of the global south.

Germany is also prepared to assume greater responsibility as a permanent member and initially as a non-permanent seat in 2027/28, he said.

"I kindly ask you to support our candidacy the candidacy of a country that respects the principles of the United Nations and which offers and seeks cooperation. It is, to my mind, entirely natural that the up-and-coming, dynamic countries and regions of Asia, Africa and southern America must be given a stronger political voice on the world stage," the German Chancellor said.

David Kabua, president of the Marshall Islands, said, The United Nations is in desperate need of a UNSC which is truly fit for purpose and which should be better shaped to the realities of today, not eight decades ago.

Philippines President Ferdinand Marcos called for a more inclusive UNSC and an empowered UN General Assembly that can hold the council to account.

It is time to do justice to Africa's legitimate demand for security council reform as reflected in the Ezulwini Consensus, asserted Senegal's President Macky Sall, who is also the current chairman of the African Union.

Observing that the conflict in Ukraine serves as a warning, Brazil's Jair Bolsonaro said a reform of the UN is essential to achieve world peace.

"In the specific case of the Security Council, after 25 years of debates, it is clear that we need to look for innovative solutions. Brazil delves into this topic based on an experience that goes back to the beginnings of the UN," he said.

Mongolian President Ukhnaagiin Kh rels kh asserted that the key to the reform of the UN is the reform of the Security Council, which bears the primary responsibility for the maintenance of international peace and security.