He faces an uprising from all corners of Belarusian society in the wake of fraud-ridden presidential elections early this month that, he claimed, he had won in a landslide 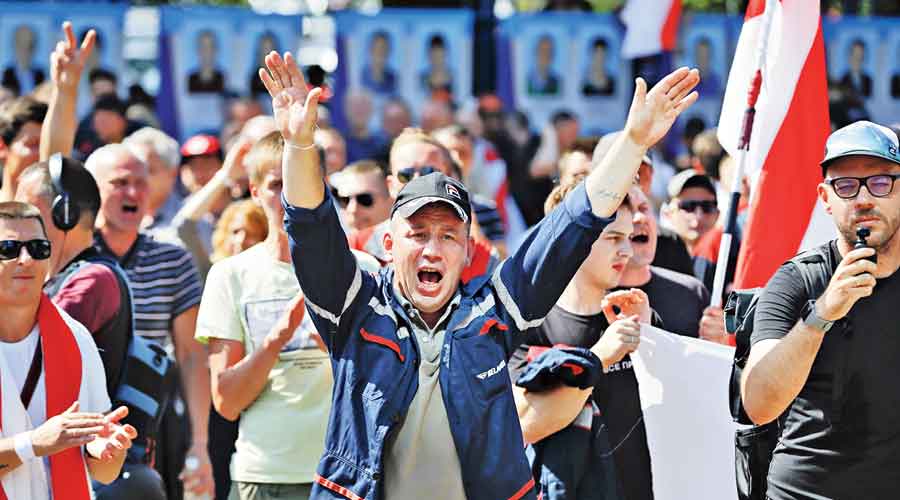 President Aleksandr G. Lukashenko of Belarus, long known as “Europe’s last dictator”, tried on Monday to deflate nine days of widespread protests by rallying what was supposed to be his blue-collar base: the workers of the Minsk Wheel Tractor Plant.

They responded, video footage from the scene showed, with chants of “Go away!”

It was the latest dismal turn for Lukashenko in his increasingly desperate effort to hold on to power.  Lukashenko, an authoritarian who has ruled since 1994, faces an uprising from all corners of Belarusian society in the wake of fraud-ridden presidential elections early this month that, he claimed, he had won in a landslide.

On Monday, a day after more than 100,000 people demanded new elections in a huge protest in Minsk, the capital, Lukashenko remained defiant. He signalled he would cling to power in Belarus, a country of 9.5 million people that is sandwiched between Russia and Poland and has long been a key ally for Moscow.

“You will never get me to do anything under pressure,” Lukashenko told the wheel tractor plant workers in Minsk, many of whom jeered. “We had elections. Until you kill me, there will not be any more elections.”

But strikes at some of the institutions considered closest to Lukashenko — at state-owned factories and even at state TV broadcasters — underscored the tenuousness of his position.

As Lukashenko reached out to Russia, his public standing continued to weaken at home. Dozens of media workers protested on Monday in front of the state television offices in central Minsk, demanding the right to cover the protests fairly. So many workers went on strike from the state TV networks, normally steadfast in their pro-Lukashenko messaging, that the channels’ morning shows went off the air.