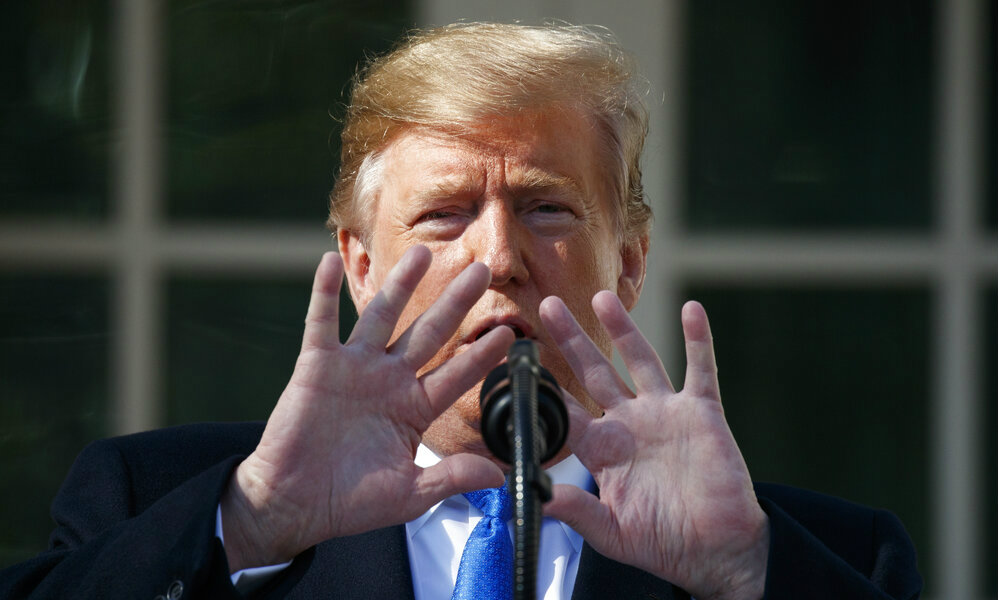 A top adviser to President Donald Trump indicated Sunday that Trump is prepared to issue the first veto of his term if Congress votes to disapprove of his declaration of a national emergency along the US-Mexico border.

Trump declared the emergency Friday in an effort to go around Congress to fund his border wall. It would allow him to move federal dollars earmarked for military construction to the border — but is already facing legal and political challenges.

California Attorney General Xavier Becerra told ABC's 'This Week' that his state would sue 'imminently' to block the order, after the American Civil Liberties Union and the nonprofit watchdog group Public Citizen announced Friday they were taking legal action.

Democrats are planning to introduce a resolution disapproving of the declaration once Congress returns to session and it is likely to pass Congress. Several Republican senators are already indicating they would vote against Trump — though there do not yet appear to be enough votes to override a veto by the president.

The White House's Miller insisted that Congress granted the president wide berth under the National Emergencies Act to take action. But Trump's declaration goes beyond previous emergencies in shifting money after Congress blocked his funding request for the wall, which will likely factor in legal challenges.

Senators Chris Coons, D-Del., told CBS's 'Face the Nation' that he believes Congress needs to act to 'defend' its powers of the purse.

'I do think that we should not set the terrible precedent of letting a president declare a national emergency simply as a way of getting around the congressional appropriations process,' he said.

Trump ally Rep. Jim Jordan, R-Ohio, told ABC that he believes there are enough GOP votes to prevent the supermajorities required to override a veto.

'I think there are plenty of votes in the House to make sure that there's no override of the president's veto,' he said. 'So it's going to be settled in court, we'll have to wait and see.'