The reign of Japan's soon-to-be-emperor Naruhito will be called the era of Reiwa, or ordering harmony 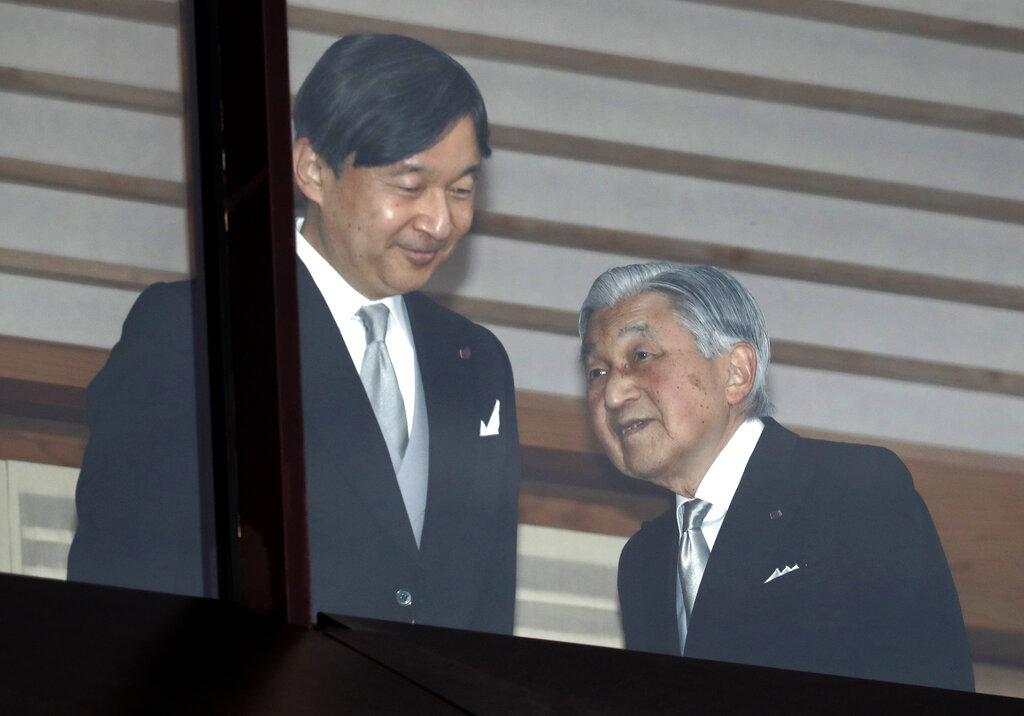 The name of the era of Japan's soon-to-be-emperor Naruhito will be 'Reiwa,' or ordering harmony, the government announced on Monday.

Emperor Akihito is stepping down on April 30 — the first abdication in 200 years — bringing his era of 'Heisei' (achieving peace) to an end. The new era takes effect on May 1.

Abe, who said the two letters were taken from a poem about blooming plum blossoms, said the era name means that culture is born and nurtured as the people 'beautifully care about each other'.

The letters taken from the 1,200-year-old Japanese poetry book portrays 'Japan's unique national identity, such as everlasting history, its fragrant culture and four seasons that bring beautiful nature, and firmly hands them down to the next generation,' Abe said. He said the government chose the name Reiwa 'with hopes of making Japan a nation where every person can achieve dreams, like the plum flowers that bloom beautifully after the severe winter to signal the start of the spring.'

'With this selection of a new era name, I renew my commitment to pioneer a new era that will be filled with hope,' Abe said. 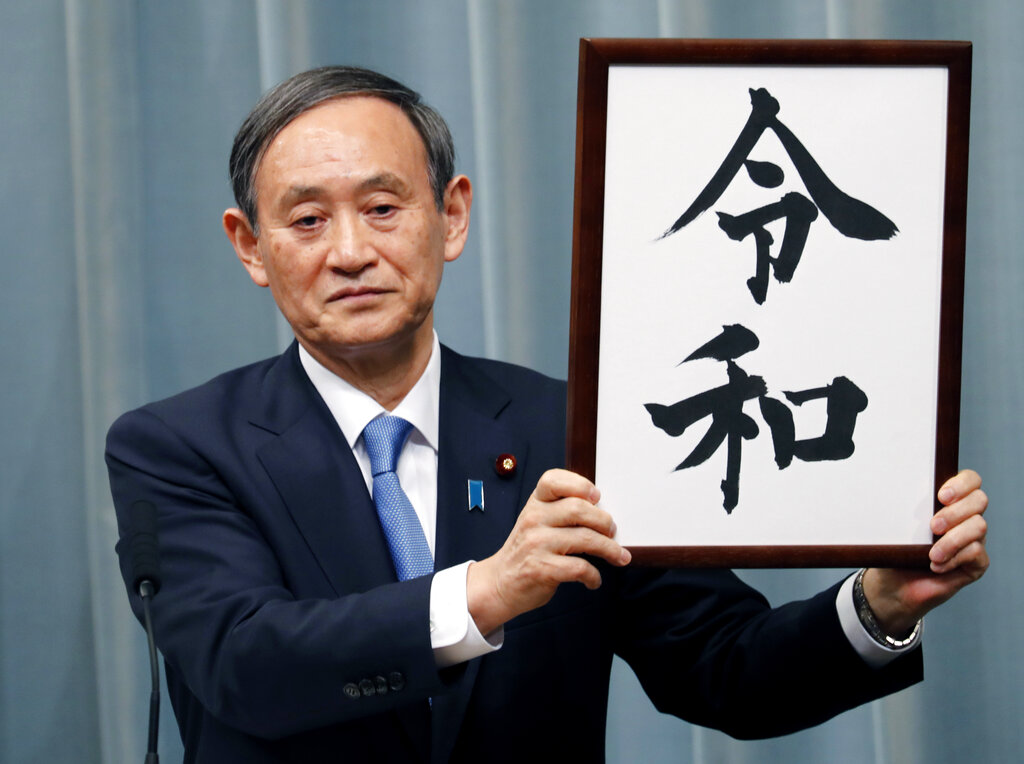 The choice was a break from nearly 1,400 years of drawing era names, or gengo, from using Chinese classics. It was kept strictly secret ahead of Monday's announcement.

Abe said choosing the name from the purely Japanese book that symbolises Japan's rich culture and tradition is only appropriate. 'We hope (the era name) will be widely accepted by the people and deeply rooted as part of their daily lives,' Suga told reporters in first announcing the name, written in two Chinese characters in black ink calligraphy on a white background.

The announcement allows only a month ahead of the switch for government, businesses and other sectors to adjust to the change that still affects many parts of Japan's society, even though the system is not compulsory and the emperor has no political power under Japan's postwar constitution.

Under the 1979 era name law, Abe appointed a panel of experts on classical Chinese and Japanese literature to nominate two to five names for top officials to choose from. The names had to meet strict criteria, being easy to read and write but not commonly or previously used for an era name.

Japanese media scrambled to get scoops out of a new era name. Rumors included Ankyu, which uses the same Chinese character as in Abe's family name.

There had been speculation that Abe's ultra-conservative government, often hawkish on China matters, would choose the name from a Japanese document, breaking with the tradition of using Chinese classics as references.

The name selection procedure started in mid-March when Suga asked a handful of unidentified scholars to nominate two to five names each.

Several nominations were presented at a first, closed-door meeting that included nine outside experts from various areas, including Nobel Prize-winning stem-cell scientist Shinya Yamanaka and award-winning novelist Mariko Hayashi, to present their views and narrow the selection before final approval by the cabinet.

While a growing number of Japanese prefer the Western calendar over the Japanese system in a highly digitalised and globalised society, the era name is still widely used in government and business documents. Elders often use it to identify their generations.

Discussing and guessing new era names in advance was not considered a taboo this time because Akihito is abdicating. Era name change is also a time for many Japanese to reflect on the outgoing and incoming decades.

Akihito's era of Heisei, which means 'achieving peace,' was the first without a war in Japan's modern history, but is also remembered as lost years of economic deflation and natural disasters.

Heisei was the first era name decided by the government under the postwar constitution, in which the emperor was stripped of political power and had no say over the choice. Still, the government, with its highly secretive and sensitive handling of the process, is underscoring that 'the emperor has power in an invisible, subtle way,' said Hirohito Suzuki, a Toyo University sociologist.

Era name changes are creating businesses for both the outgoing and the incoming. Anything dubbed 'last of Heisei' attracts Akihito fans, while others are waiting to submit marriage certificates or filing other official registration until the new era starts. Analysts say the era change that expands the 'golden week' holiday to 10 days on May 1 could buoy tourism and other recreational spending.