The tsunami, with waves measuring more than 1,700 feet, was a result of an undersea landslide from volcanic activity 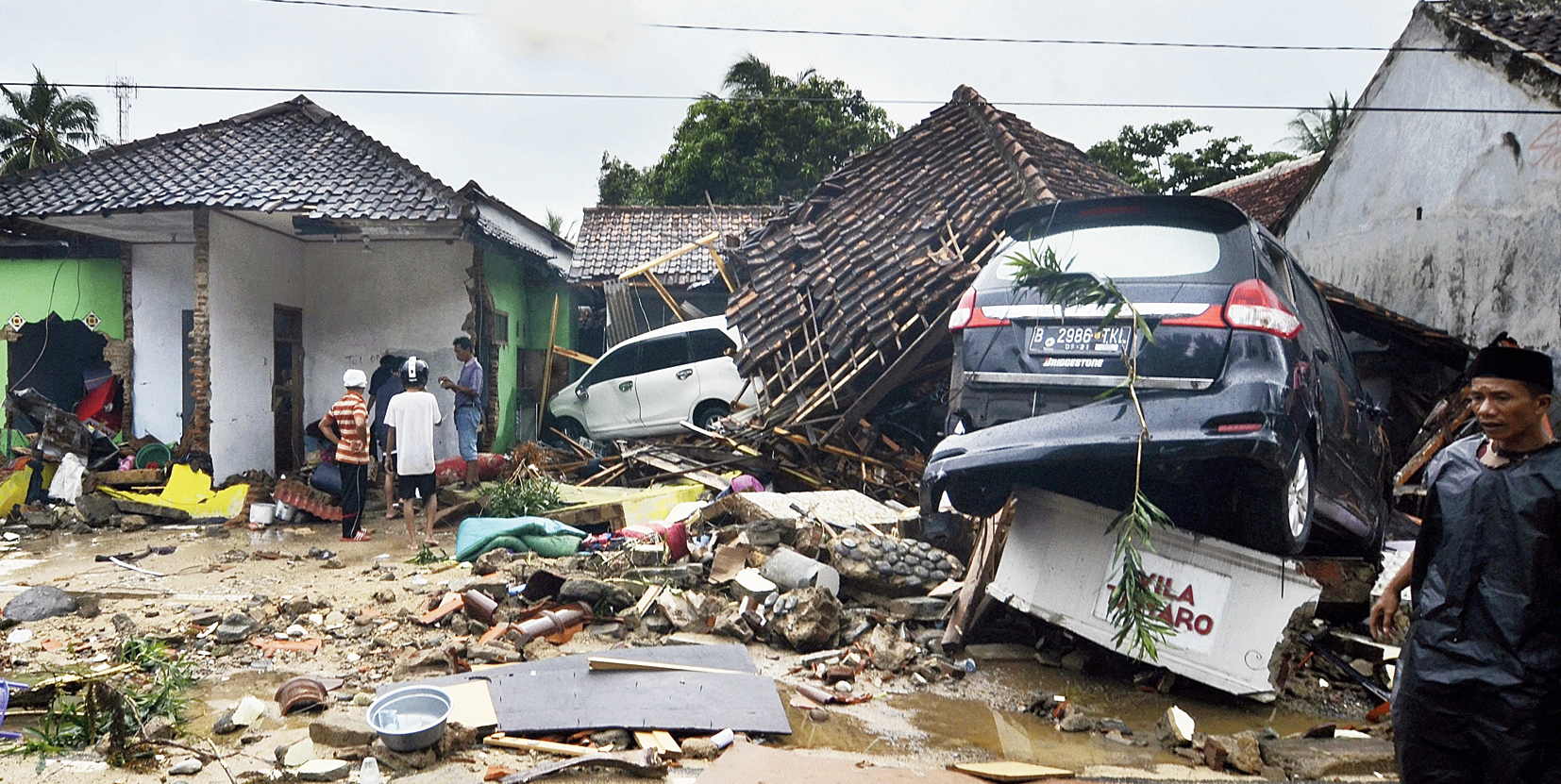 The tsunami that killed hundreds of people at Sumatra and Java in Indonesia late on Saturday is a reminder that such destructive waves are not always caused by earthquakes.

This disaster, which struck without warning, appeared to have been caused by volcanic activity.

Anak Krakatau, an active volcano roughly halfway between Java and Sumatra, has been spewing ash and lava for months. It erupted again just after 9pm on Saturday and the tsunami struck around 9.30pm, according to the Meteorology, Climatology and Geophysics Agency.

No earthquakes were recorded before the tsunami struck, the Indonesian authorities said.

The tsunami was caused by “an undersea landslide resulting from volcanic activity on Anak Krakatau” and was exacerbated by abnormally high tide because of the full moon, said Sutopo Purwo Nugroho, spokesperson for the disaster mitigation agency.

Tsunamis are created when large amounts of water — in the ocean, a bay or even a lake — are quickly displaced. In an earthquake, that displacement can occur when the ground moves as a fault breaks.

This was the mechanism by which a 9.1-magnitude earthquake on December 26, 2004, off Aceh Province in northern Indonesia, spawned large waves that travelled across the Indian Ocean and killed 250,000 people.

Many other tsunamis have also followed earthquakes, including those in September that devastated the city of Palu on the Indonesian island of Sulawesi after a 7.5-magnitude quake.

Volcanic activity creates a tsunami differently. One possibility is an explosive eruption, or general weakening of the flanks of a volcano by hot magma passing through. Either way, part of the volcano — perhaps, in the case of Anak Krakatau, a part that is underwater — can collapse, creating a landslide that displaces water.

Another possible mechanism is the collapse of a magma chamber below the volcano as it empties during an eruption.

Volcano-related tsunamis are not uncommon. An eruption in 1792 in Japan created waves that were several hundred feet high. Landslides during the 1980 eruption of Mount St. Helens in Washington spawned large waves in a lake nearby.

The eruption of Krakatau, previously known as Krakatoa, in 1883 killed more than 36,000 people in a series of tsunamis.

Anak Krakatau, which means child of Krakatau, is the island that emerged from the area once occupied by Krakatau, which was destroyed in 1883. It first appeared in 1927 and has been growing ever since.

Landslides hitting water can sometimes create huge waves. The largest wave ever recorded was caused by a landslide into Lituya Bay, in southeast Alaska, in July 1958. It followed an earthquake, not an eruption, but created a wave that wiped vegetation off the hillside on the opposite side of the bay.

A United States Geological Survey geologist, measuring the scouring marks, determined that the height of the wave had been more than 1,700 feet.