US to declare Myanmar military committed 'genocide' against Rohingya 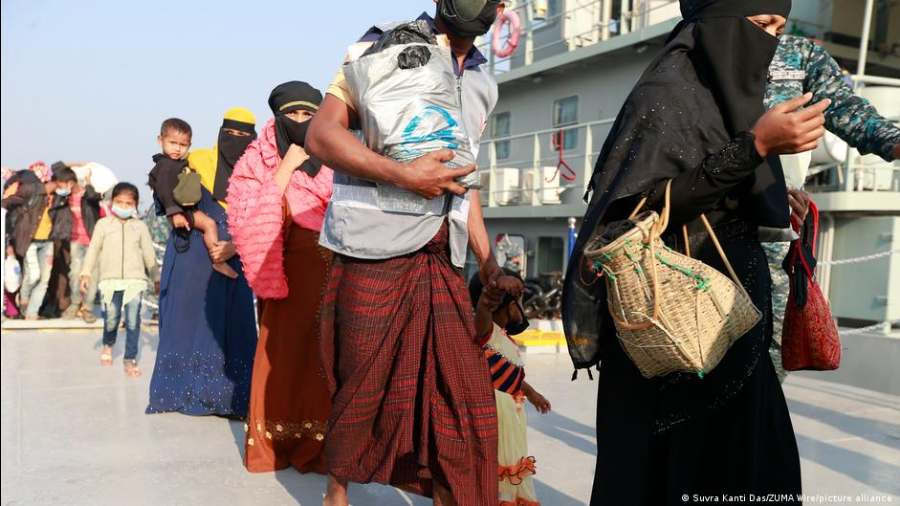 Myanmar's treatment of its Rohingya Muslim population is set to be formally determined as a genocide by Washington. This is expected to boost international pressure on the country's military-led government.

The United States plans to declare that Myanmar's years-long repression of the Rohingya ethnic minority amounted to genocide and crimes against humanity, officials said Sunday.

US Secretary of State Antony Blinken will formally announce the decision at the Holocaust Memorial Museum in Washington on Monday.

The museum features an exhibit on the plight of the Rohingya in the country — "Burma's Path to Genocide."

The Buddhist-majority country launched a military crackdown against the mostly Muslim Rohingya community in the western Rakhine state in 2017.

About 850,000 of them were forced to flee their homes and into neighboring Bangladesh, where they recounted mass killings, rape, and arson.

What does this mean for Myanmar?

A genocide determination does not necessarily mean fresh punitive measures against Myanmar.

The country's military leaders have already been hit by a series of sanctions over the brutal campaign against the Rohingya, even before the junta seized power.

The formal declaration of genocide could be followed by further limits on aid and other penalties.

Washington also believes it will bolster international efforts to hold the junta accountable.

"It's going to make it harder for them to commit further abuses," one senior State Department official was quoted as saying by the Reuters news agency.

The declaration could also increase the international pressure on Myanmar's military-led government, which was already facing genocide accusations at the United Nation's highest court in The Hague.

Gambia brought the case against Myanmar at the International Court of Justice in 2019.

However, the case has been complicated since the military ousted the country's civilian leader Aung San Suu Kyi, and her government in February 2021.