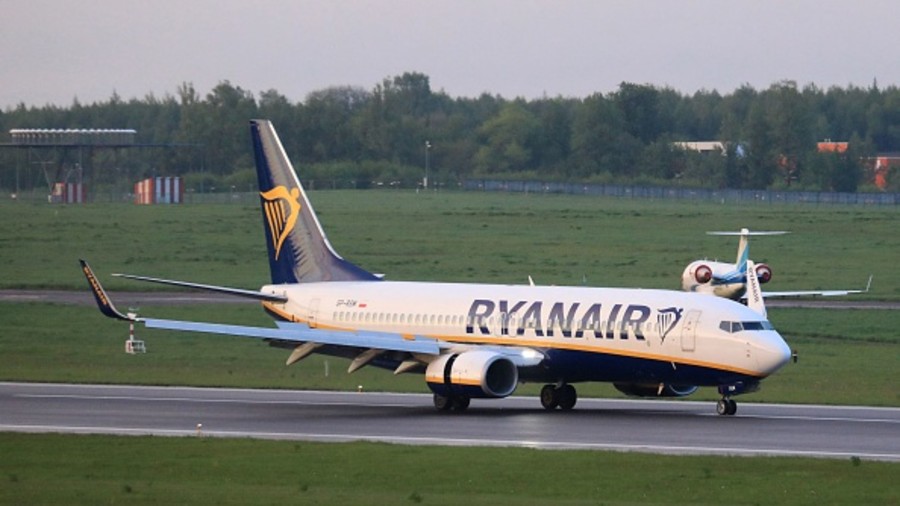 International outrage mounted on Monday as new details emerged about a brazen operation by the strongman leader of Belarus to divert a Ryanair passenger jet and arrest a dissident Belarusian journalist travelling on board.

President Biden was briefed on Monday morning about the incident, which secretary of state Antony J. Blinken condemned as a “shocking act” that “endangered the lives of more than 120 passengers, including US citizens”. He demanded the “immediate release” of the journalist, Roman Protasevich.

“Initial reports suggesting the involvement of the Belarusian security services and the use of Belarusian military aircraft to escort the plane are deeply concerning and require full investigation,” Blinken said.

Michael O’Leary, the chief executive of Ryanair, an Irish-based low-cost carrier, called the operation, which was directed by President Aleksandr G. Lukashenko of Belarus, a “state-sponsored hijacking”.

EU leaders were expected to meet to discuss possible penalties.

Sofia Sapega, the girlfriend of the arrested journalist, was also detained when the plane landed in Minsk on Sunday after a bogus bomb threat during its flight from Athens to Vilnius, Lithuania, her university in the Lithuanian capital said. Sapega, a Russian citizen, was detained at the Minsk airport along with Protasevich under “groundless and made-up conditions”, the European Humanities University in Vilnius said in a statement demanding her release.

There was no word on Monday morning from the Belarusian authorities on their whereabouts.

Five people who boarded in Athens were not on the plane when it finally arrived in Vilnius, the Lithuanian police said on Monday.

O’Leary said some of the passengers may have been agents of the Belarusian intelligence service.

“We believe there were some KGB agents offloaded at the airport as well,” O’Leary told Irish radio on Monday.  O’Leary said Ryanair was in the process of debriefing its crew and that the EU and Nato were “dealing with” the situation.

The Lithuanian government called for Belarusian airspace to be closed to international flights in response to what it called a hijacking “by military force”.

The Lithuanian police said they had opened a criminal investigation, on suspicion of hijacking and kidnapping. Of 126 passengers who took off from Athens, 121 arrived in Vilnius, the police said. (Officials had earlier said there were about 170 passengers on the plane, and that six had stayed behind in Minsk.)

Police investigators would be interviewing the passengers this week, he said.

“The pilots were the priority,” Pozela said. “We wanted to hear their stories. How did they see the situation? What did they do? Were there other planes?”

Flight-tracking data showed that airlines have already started to avoid the eastern European country’s airspace, but some European officials were calling for a formal ban.

He said that the operating permit for Belavia Belarusian Airlines was being suspended.