US Supreme Court rules against immigrants in detention case 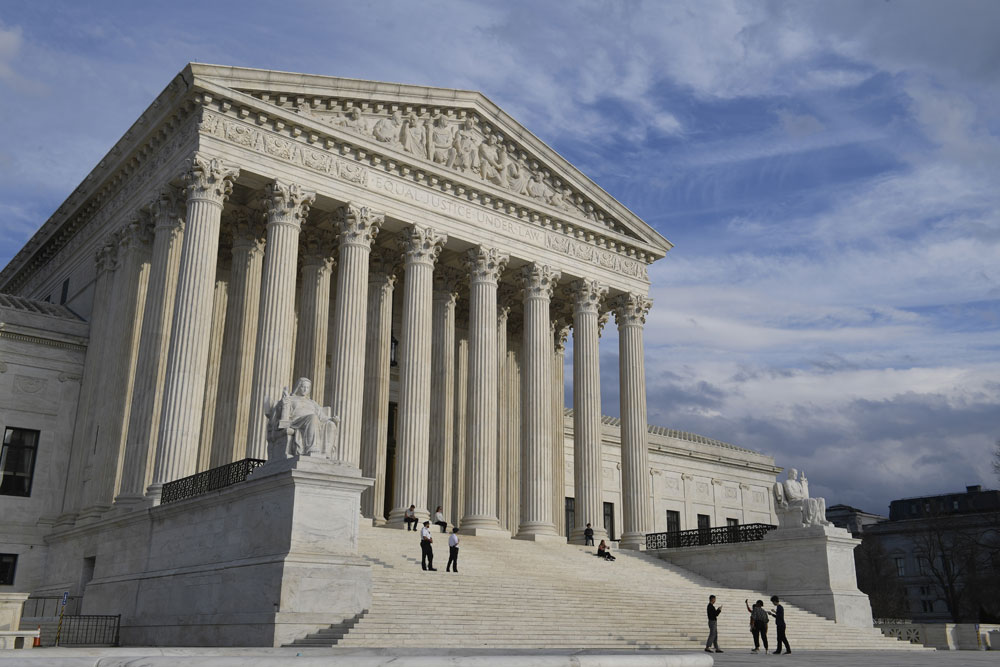 The Supreme Court ruled Tuesday against a group of immigrants in a case about the government's power to detain them after they've committed crimes but finished their sentences.

The issue in the case before the justices had to do with the detention of noncitizens who have committed a broad range of crimes that make them deportable. Immigration law tells the government to pick those people up when they are released from custody and then hold them while an immigration court decides whether they should be deported.

But those affected by the law aren't always picked up immediately and are sometimes not detained until years later. In the case before the Supreme Court, a group of mostly green card holders argued that unless they're picked up essentially within a day of being released, they should be entitled to a hearing where they can argue that they aren't a danger to the community and are not likely to flee. If a judge were to agree, they would not have to remain in custody while their deportation case goes forward. That's the same hearing rule that applies to other noncitizens the government is trying to deport.

But the Supreme Court disagreed with the immigrants' interpretation of federal law in a 5-4 ruling that divided the court along ideological lines. Looking at a statutory provision enacted by Congress in 1996, Justice Samuel Alito wrote that 'neither the statute's text nor its structure' supported the immigrants' argument. The court's conservative justices sided with the Trump administration, which argued as the Obama administration did, against hearings for those convicted of crimes and affected by the law.

The case before the justices involved a class-action lawsuit brought by noncitizens in California and a similar class-action lawsuit brought in the state of Washington. One of the lead plaintiffs, Mony Preap, has been a lawful permanent resident of the United States since 1981 and has two convictions for possession of marijuana. He was released from prison in 2006 but was not taken into immigration custody until 2013.

Preap won in lower courts, and the government was ordered to provide him and other class members a bond hearing. Preap has since won his deportation case.