About 1% of active duty service members — around 9,000 men and women — identify as transgender 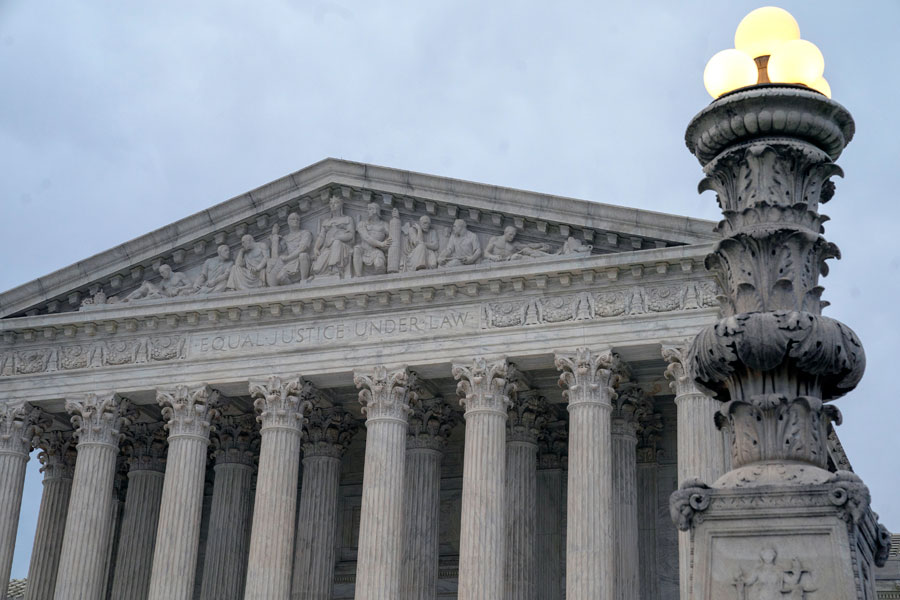 The Trump administration can go ahead with its plan to restrict military service by transgender men and women while court challenges continue, the Supreme Court decided Tuesday.

The high court split 5-4 in allowing the plan to take effect, with the court's five conservatives greenlighting it and its four liberal members saying they would not have. The order from the court was brief and procedural, with no elaboration from the justices.

The Trump administration had urged the justices to take up cases about the plan directly, but the court declined for now. Those cases will continue to move through lower courts and could eventually reach the Supreme Court again. The fact that five justices were willing to allow the policy to take effect for now, however, makes it more likely the policy will ultimately be upheld.

In a statement released after the court's decision, the Pentagon said that it is critical the department be allowed to 'implement personnel policies that it determines are necessary to ensure the most lethal and combat effective fighting force in the world.'

Groups that sued over the Trump administration's policy said they ultimately hoped to win their lawsuits against the policy.

'The Trump administration's cruel obsession with ridding our military of dedicated and capable service members because they happen to be transgender defies reason and cannot survive legal review,' Jennifer Levi, director of GLAD Transgender Rights, said in a statement.

But after President Donald Trump took office, the administration delayed the enlistment date, saying the issue needed further study. And in late July 2017 the president tweeted that the government would not allow 'Transgender individuals to serve in any capacity in the U.S. Military.' He later directed the military to return to its policy before the Obama administration changes.

The Trump administration's revised policy on transgender troops dates to March 2018. The policy generally bars transgender people from serving unless they do so 'in their biological sex' and do not seek to undergo a gender transition. But it has an exception for transgender troops who relied on the Obama-era rules to begin the process of changing their gender.

Those individuals, who have been diagnosed with 'gender dysphoria,' a discomfort with their birth gender, can continue to serve after transitioning. The military has said that over 900 men and women had received that diagnosis. A 2016 survey estimated that about 1 percent of active duty service members, about 9,000 men and women, identify as transgender.