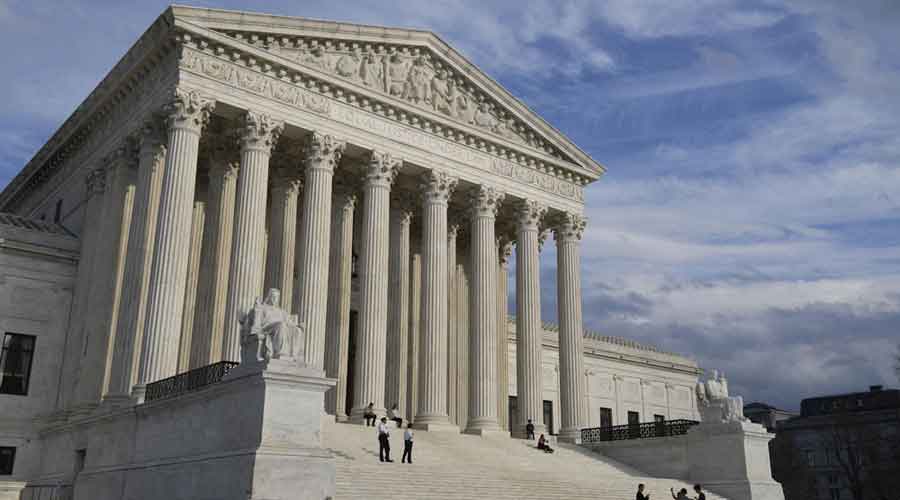 It was the latest and most significant setback for Trump in a litigation campaign that was rejected by courts at every turn
Shutterstock
Adam Liptak   |   Washington   |   Published 13.12.20, 02:35 AM

The Supreme Court on Friday rejected a lawsuit by Texas that had asked the court to throw out the election results in four battleground states that President Trump lost in November, ending any prospect that a brazen attempt to use the courts to reverse his defeat at the polls would succeed.

The court, in a brief unsigned order, said Texas lacked standing to pursue the case, saying it “has not demonstrated a judicially cognisable interest in the manner in which another state conducts its elections”.

The order, coupled with another one on Tuesday turning away a similar request from Pennsylvania Republicans, signalled that a conservative court with three justices appointed by Trump refused to be drawn into the extraordinary effort by the President and many prominent members of his party to deny his Democratic opponent, former Vice-President Joseph R. Biden Jr, his victory.

It was the latest and most significant setback for Trump in a litigation campaign that was rejected by courts at every turn.

Texas’ lawsuit, filed directly in the Supreme Court, challenged election procedures in four states: Georgia, Michigan, Pennsylvania and Wisconsin. It asked the court to bar those states from casting their electoral votes for Biden and to shift the selection of electors to the states’ legislatures. That would have required the justices to throw out millions of votes.

Trump has said he expected to prevail in the Supreme Court, after rushing the confirmation of Justice Amy Coney Barrett in October in part in the hope that she would vote in Trump’s favour in election disputes.

“I think this will end up in the Supreme Court,” Trump said of the election a few days after Justice Ruth Bader Ginsburg’s death in September. “And I think it’s very important that we have nine justices.”

He was right that an election dispute would end up in the Supreme Court. But he was quite wrong to think the court, even after he appointed a third of its members, would do his bidding.

And with the Electoral College set to meet on Monday, Trump’s efforts to change the outcome of the election will soon be at an end.