Partial results suggested that House Democrats were running strong in many of the competitive districts they swept up in 2018, but they were struggling to make further inroads into the Republican-leaning suburbs 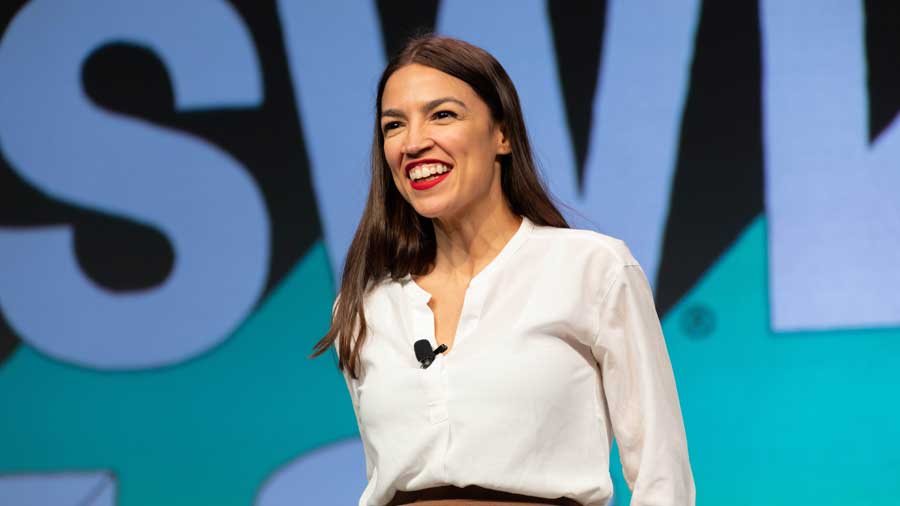 Alexandria Ocasio-Cortez of New York sailed to victory on Tuesday over a first-time Republican challenger who raised more than $10 million to make the race the second most expensive House contest in the US.
Wikimedia Commons
Nicholas Fandos, Carl Hulse, Catie Edmondson   |   New York   |   Published 05.11.20, 01:10 AM

Democrats were on track early Wednesday to maintain a firm grip on the House, but their path to seizing the Senate majority from Republicans was rapidly narrowing as the two parties continued to fight for control of the levers of power in Congress with the fate of the presidency still uncertain.

Partial results suggested that House Democrats were running strong in many of the competitive districts they swept up in 2018, but they were struggling to make further inroads into the Republican-leaning suburbs, where they had expected a surge powered by discontent with Trump.

Instead, as votes continued to be counted, Republicans were newly optimistic they could claw back seats, particularly in rural areas and traditionally conservative strongholds in places like Oklahoma City and Staten Island.

The Senate outcome rested on a handful of states where Democrats still hoped to topple incumbent Republicans, but their pick-up opportunities were dwindling fast on an unusually large battleground that stretched from Maine to Alaska and could tilt with the presidential results.

At stake was the ability of the next President to fill his cabinet, appoint judges and pursue his agenda, and the two parties had waged a pitched battle to the end, pummelling voters with advertising backed by record sums of money, totalling hundreds of millions of dollars.

Republicans scored crucial wins in Iowa, Alabama and Montana, and were running stronger than expected in North Carolina and Maine, where the results were still too close to call early on Wednesday morning.

Democrats needed a net gain of three or four seats to take Senate control, depending on whether former Vice- President Joseph R. Biden Jr., the Democratic nominee, won the presidency, which would allow Kamala Harris to cast tie-breaking votes.