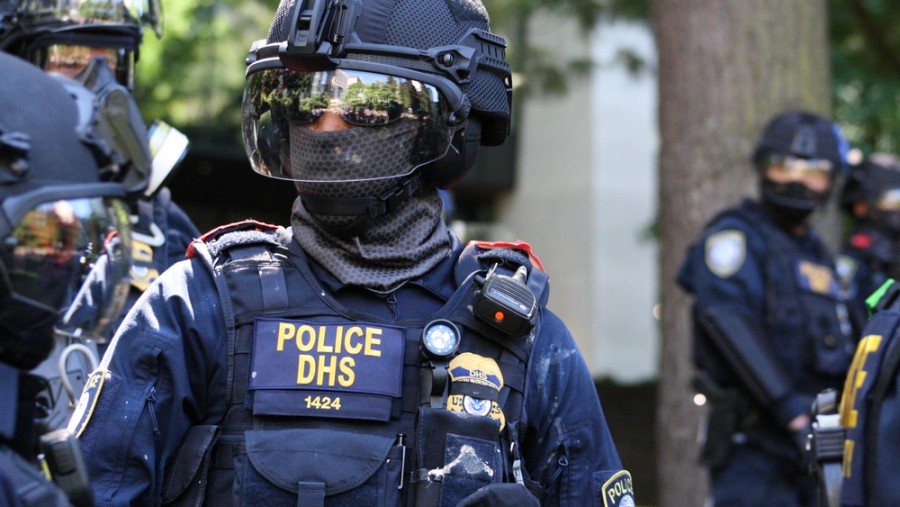 The justice department told federal prosecutors in an email on Wednesday that the law allowed them to send armed federal officers to ballot-counting locations around the country to investigate potential voter fraud, according to three people who described the message.

The email created the spectre of the federal government intimidating local election officials or otherwise intervening in vote tallying amid calls by President Trump to end the tabulating in states where he was trailing in the presidential race, former officials said.

A law prohibits the stationing of armed federal officers at polls on Election Day. But a top official told prosecutors that the department interpreted the statute to mean that they could send armed officers to polling stations and locations where ballots were being counted anytime after that.

The statute “does not prevent armed federal law enforcement persons from responding to, investigate, or prevent federal crimes at closed polling places or at other locations where votes are being counted,” the official, Richard P. Donoghue, told prosecutors in an email that he sent around 1.30am on Wednesday.

A justice department spokeswoman did not respond to a request for comment.

Donoghue, the No. 2 official in the office of the deputy attorney-general, sent his email about half an hour before Trump made reckless claims including falsely declaring himself the winner of the election and began calling for election officials to stop counting ballots.

“We want all voting to stop,” Trump said at the White House. He said, without offering details.