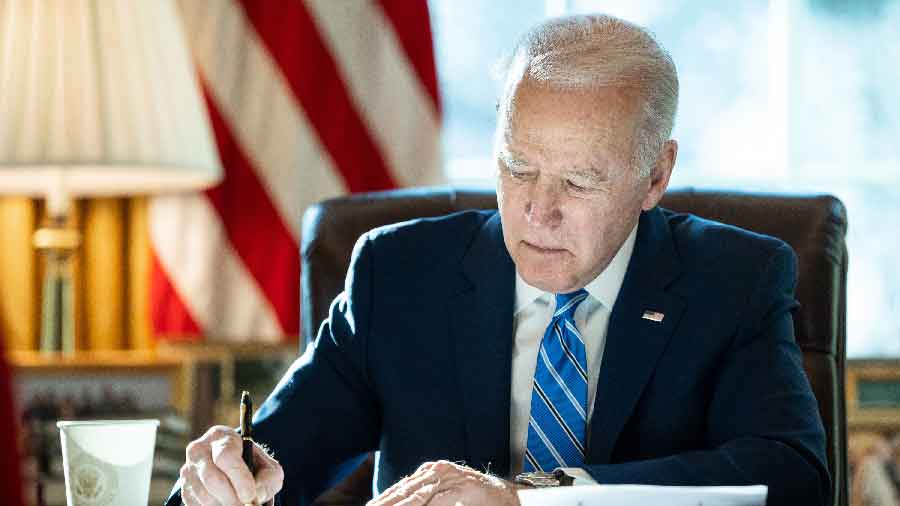 US President Joe Biden has terminated the designation of Afghanistan as a major non-NATO ally, more than a year after the Taliban captured power in Kabul.

In 2012, the United States named Afghanistan a major non-NATO (MNNA) ally, which cleared the way for the two countries to maintain a defence and economic relationship.

The designation gave several facilities and concessions to Afghanistan in terms of defence and security-related assistance and equipment.

"By the authority vested in me as President by the Constitution and the laws of the United States of America, including section 517 of the Foreign Assistance Act of 1961,...I hereby terminate the designation of Afghanistan as a Major Non-NATO Ally of the United States for the purposes of the Act and the Arms Export Control Act," Biden said in a presidential memorandum to the Secretary of State Antony Blinken.

The change in Afghanistan's status follows Biden's withdrawal of US troops from the country last year, ending nearly 20 years of war.

Afghanistan swiftly fell back into the hands of the Taliban, which have repeatedly made assurances to the international community that they will protect the rights of women and girls, while simultaneously stripping away many of their freedoms and protections.

The MNNA status was first created in 1987. With Afghanistan's status rescinded, the US will have 18 major non-NATO allies, according to the State Department.

Taiwan is treated as an MNNA, without formal designation as such, according to the State Department.

Early this month, Indian-American Congressman Ro Khanna tabled a resolution in the House of Representatives to designate India as a major non-NATO ally.

A major non-NATO ally is eligible for loans of material, supplies, or equipment for cooperative research, development, testing, or evaluation purposes. They are also eligible as a location for US-owned War Reserve Stockpiles to be placed on its territory outside of US military facilities.

These countries enter into agreements with the United States for the cooperative furnishing of training on a bilateral or multilateral basis, if the financial arrangements are reciprocal and provide for reimbursement of all US direct costs.