US to conduct 'freedom of navigation' transit near Taiwan 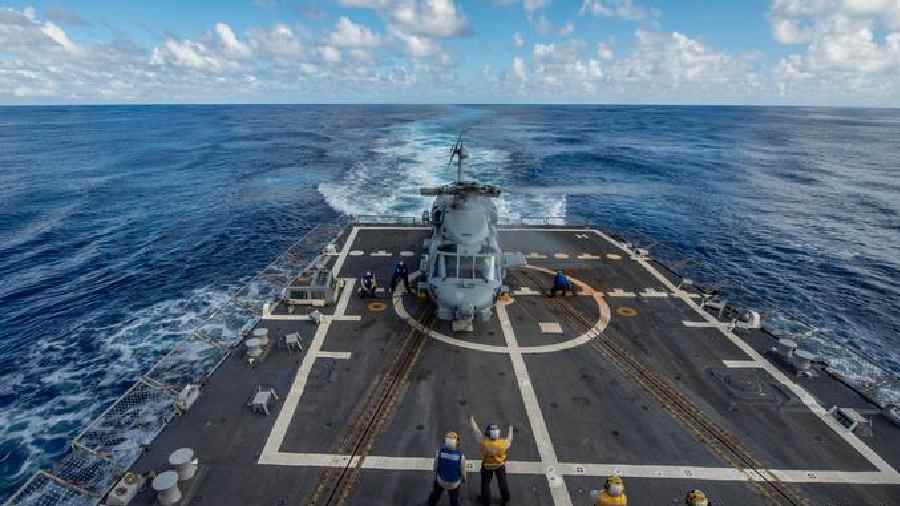 US navy has repeatedly conducted 'freedom of navigation' exercises as a way to undermine China's pretensions in the South China Sea
Deutsche Welle
Deutsche Welle   |   Published 13.08.22, 10:46 AM

A senior US official said Friday the US was set to conduct "freedom of navigation" operations in the Taiwan Strait during the coming weeks.

Kurt Campbell, the US Indo-Pacific coordinator in the administration of President Joe Biden, said the operations will consist of "air and maritime transit through the Taiwan Strait over the next few weeks."

Campbell said that the efforts would be done in partnership with other G7 countries. Despite the recent ratcheting up of tensions between Taiwan, China and the US, US forces "will continue to fly, sail and operate where international law allows, consistent with our long-standing commitment to freedom of navigation."

"We will ensure that our presence, posture and exercise account for China's more provocative and destabilizing behavior, with a view towards guiding the situation in the western Pacific towards greater stability," Campbell added.

The US Indo-Pacific coordinator also said China had overreacted to the recent visit of US House Speaker Nancy Pelosi. He said China was hoping to exploit the visit to alter the status of Taiwan.

After seven days of large-scale military exercises near Taiwan, China's People's Liberation Army (PLA) announced Wednesday that the drills had concluded. However, Beijing pledged to continue "regular combat readiness patrols" in the area, raising the possibility of frequent Chinese military operations near the self-governed democratic island.

The drills over the last week were conducted in response to Pelosi's visit just over a week ago.