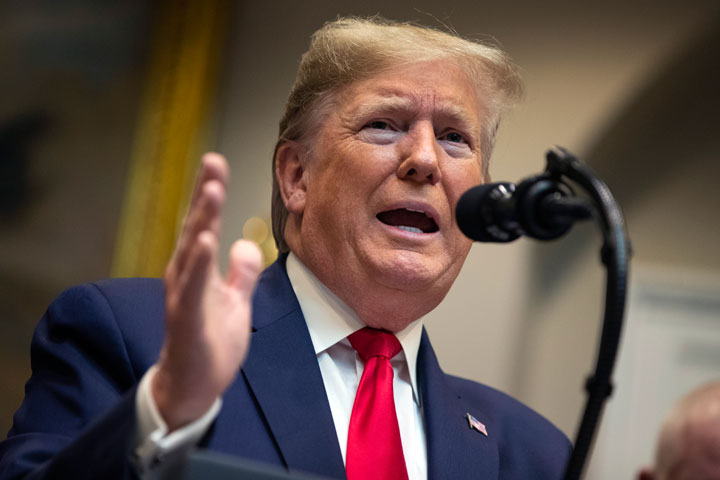 The disclosure of a second mission indicated that the Trump administration had plans for a broader campaign than was previously known, intended to cripple Iran’s ability to carry out proxy wars in other countries.

After Iran’s retaliatory missile strikes on Iraqi bases that host American troops, both Washington and Tehran appear to have stepped back from escalating the conflict further, at least for now.

The unsuccessful airstrike in Yemen was aimed at Abdul Reza Shahlai, an official with Iran’s Quds Force, a potent military organisation that General Soleimani had led. Shahlai was known as a main organiser of financing for Shia militias in the region.

Shahlai and General Soleimani were two of several Iranian officials the administration targeted in an effort to halt Iran-backed attacks on sites with Americans and to deter Iran from ramping up aggression in the region, American officials said.

The US had offered a $15 million reward for information about Shahlai. The announcement of the reward accused him of involvement in attacks on American allies, including a failed 2011 plot to kill the Saudi ambassador to the US.

Shahlai was based in Yemen, where Iran is supporting the Houthi rebels, who are fighting a coalition led by Saudi Arabia and that gets logistical help, intelligence and weapons from the American military and American arms makers. The attempted strike on Shahlai was first reported by The Washington Post.

On Friday, Trump expanded his description of the threat from Iran that he said prompted the strike on General Soleimani, saying Iran had planned to attack multiple embassies across West Asia, including the American embassy in Baghdad.

“I can reveal that I believe it probably would’ve been four embassies,” Trump told Laura Ingraham of Fox News. He provide no additional information. But the new detail brought immediate criticism from Democrats, who have complained that the Trump administration has not shared specific, credible intelligence warning of an imminent attack.