Michelle Bachelet said more than 108,000 people have fled their homes in eastern Kayah state, and security forces have shelled civilian homes and churches 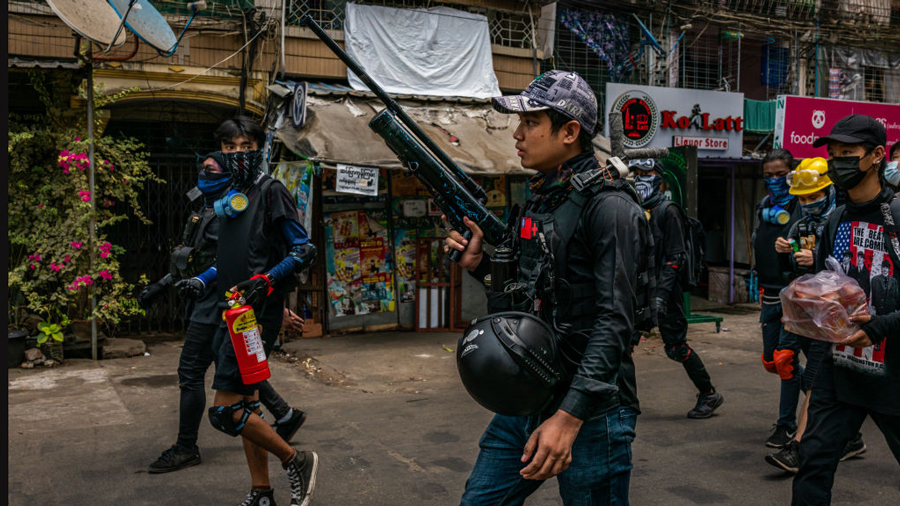 The UN human rights chief is warning of a military buildup in parts of Myanmar and rising violence, with the army using heavy weapons against armed groups as well as civilian targets, including Christian churches.

Michelle Bachelet said more than 108,000 people have fled their homes in eastern Kayah state in the last three weeks, and her office cited credible reports that security forces have shelled civilian homes and churches and blocked access for humanitarian aid.

Myanmar's military, the Tatmadaw, have a duty to protect civilians, said Bachelet, the UN high commissioner for human rights.

The international community needs to unify in its demand that the Tatmadaw cease the outrageous use of heavy artillery against civilians and civilian objects, she added.

The military, which ousted the elected government of Aung San Suu Kyi in February, has faced widespread opposition to its rule, initially by massive nonviolent protests. After soldiers and police used deadly force to crush the peaceful demonstrations, a low-level armed insurrection has emerged in both the cities and countryside.

Bachelet's office cited credible reports that at least 860 people have been killed by security forces since Feb. 1, mostly during protests, and that more than 4,800 people - including activists, journalists and opponents of the junta - are in arbitrary detention.

In just over four months, Myanmar has gone from being a fragile democracy to a human rights catastrophe," Bachelet said. "The military leadership is singularly responsible for this crisis, and must be held to account.

Bachelet is set to update the UN's top human rights body, the Human Rights Council, during its next session in July, her office said.