Tobias Ellwood, an MP who voted against PM, says he understands the heads of the committee are now looking at altering rules 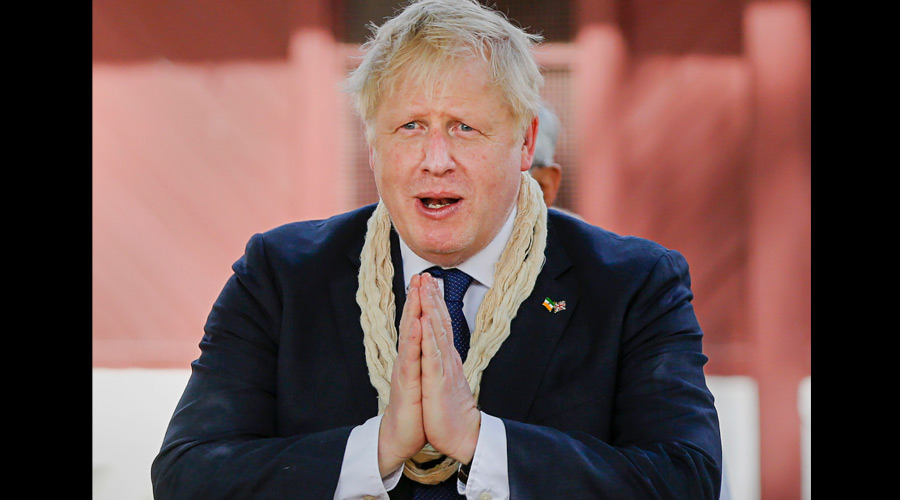 A defiant British Prime Minister Boris Johnson on Tuesday led his first Cabinet meeting after a tense day of political intrigue, which ended in him securing a victory in a no-confidence ballot of his party members with a narrow margin as a major chunk of his MPs voted against him as the leader.

Johnson, 57, is rallying his Cabinet ministers, who largely backed him quite publicly and even called upon the angry backbench members of Parliament leading the rebellion to line up behind his leadership for the greater good of the country.

He began the meeting by thanking his top team after an important day , with reference to the vote on Monday night.

We are now able to draw a line under the issues that our opponents want to talk about and we are able to get on with talking about what I think the people of this country want us to talk about which is what we are doing to help them and to take the country forward, he said, in a televised start of the meeting.

But the Opposition Labour was keen to keep up the attack on a bruised Prime Minister, with the party's Deputy Leader saying he's now on borrowed time.

He may think that he's bought himself a bit of time, but people never forget that they didn't get to say goodbye to their loved ones. The British public do not like liars, cheats and people that break the law. And I think that he is going to get absolutely hammered if he tries to have another general election on that basis, said Angela Rayner.

Asked if Labour plans to introduce a no-confidence vote of their own in Johnson, Rayner said her party would "consider all options".

Earlier, the message from Downing Street was that Johnson will call on his ministers to drive forward progress on the government's priorities of easing financial pressures on families, making access to the National Health Service (NHS) care quicker and easier and making the streets safer.

This is a government that delivers on what the people of this country care about most, Johnson said in a statement from Downing Street on Tuesday.

We have pledged 37 billion pounds to support households with their finances, made our communities safer through hiring 13,500 more police officers, and tackled the COVID backlogs in the NHS by opening nearly 100 Community Diagnostic Centres so people can access care closer to home.

Today, I pledge to continue delivering on these priorities. We are on the side of hard-working British people, and we are going to get on with the job, he said.

However, the partygate scandal of COVID law-breaking parties at Downing Street under Johnson's watch as the catalyst behind Monday's vote is not expected to go away that easily.

There is a widespread sense that although he won the confidence of 59 per cent of his MPs, the scale of the rebellion by 148 MPs has left Johnson politically wounded.

For Johnson, continuing to lead the party after such a revolt will prove to be unsustainable, writes William Hague, a former Conservative Party leader, in The Times'.

Any leader who wins a vote on their leadership has that moment of relief that they have technically survived and the instant conviction that they have lived to fight another day. A win is a win, a small margin in a hard fight is surely enough.

That is true of being elected an MP, or becoming party leader for the first time, with all the opportunities ahead to unite disappointed voters or defeated candidates around you. But it does not hold for an incumbent leader, he said.

In another brewing development, the powerful 1922 Committee of backbench Tory MPs in charge of electing the party leader is believed to be contemplating a rule change so Johnson isn't safe for a year from another leadership challenge under current norms.

Tobias Ellwood, an MP who voted against the Prime Minister in Monday's vote, said he understands the heads of the committee are now looking at altering the rules.

"The system can be adjusted to mean the current rule of allowing a Prime Minister an entire year would be changed," Ellwood indicated.

"It's up to Number 10 [Downing Street] and the Prime Minister to act on his word that he's going to change things around and show that we have a chance of winning the general election," he said.

The scale of Monday's rebellion has undoubtedly shaken up Johnson, who delivered a thumping majority for the Conservative Party in the December 2019 general election. But over two years later, his credibility has been hit to the extent that an internal 758-word memo entitled Party Leadership' had the Tory WhatsApp groups buzzing ahead of the confidence vote.

The Daily Telegraph' reported that the memo appeared to sum up the feelings of party backbenchers who fear their vote winner is fast turning into a vote loser.

Boris Johnson is no longer an electoral asset and, if left in post, will lead the party to a substantial defeat in 2024, it read.

It is believed the scathing report card on Johnson's failures, including partygate and the denials of it in the House of Commons, helped sway many of the rebels who had been on the fence to vote against Johnson.