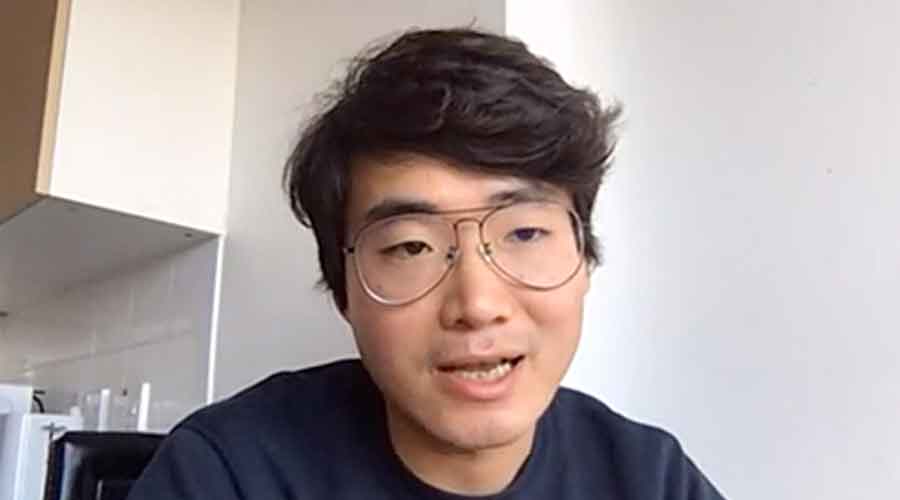 A former employee at the British consulate in Hong Kong has been granted political asylum in what he believes is the first successful UK asylum case from the former British colony.

Simon Cheng, who alleges that he was detained and tortured in China last year, told The Associated Press that he hopes his successful application encourages other democracy activists from the semi-autonomous Chinese territory to seek protection in the UK as Beijing clamps down on the city's protest movement.

Cheng, 29, also said that while he is relieved asylum was granted, he remains worried “they will take my family members as hostage and send more agents to crush down the pro-democracy cause and activities outside Hong Kong”.

Beijing imposed a sweeping national security law on the city this week, bypassing Hong Kong’s legislature in a move that has been condemned by the US, the EU and Britain, among others. Critics say the law effectively ends the “one country, two systems” framework that guaranteed the territory a high level of autonomy and civil liberties when it reverted from British to Chinese rule 23 years ago.

Cheng, who was a trade and investment officer at the British consulate tasked with attracting Chinese investment in Scotland, said he joined massive anti-government protests in the city last year to collect information for the consulate.

He went missing on August 8 after being detained while returning to Hong Kong from a business trip to Shenzhen, a mainland Chinese city just across the border. Cheng has said he was hooded, beaten and deprived of sleep during 15 days of detention as agents sought information on protesters. He said he was also questioned about Britain’s alleged role in supporting the demonstrations.

China has not directly addressed Cheng’s allegations, but the foreign ministry has dismissed protests from the British government over the affair as “so-called concerns or complaints”. The ministry has cited a statement by Shenzhen police issued in August saying Cheng’s legal rights had been protected and that he had “admitted his offence completely”, an apparent reference to a confession of soliciting prostitution.

Cheng said he confessed to the offence of soliciting prostitution in order to avoid harsher treatment. He said he applied for asylum in Britain late last year and received it Tuesday.

“My case is about political persecution intrinsically,” Cheng said Thursday in London. “I hope my case could be a precedent for other Hong Kongers who are not protected by the British National Overseas lifeboat scheme. They can quote my case to apply for asylum and seek protection.” Several other asylum cases involving people from Hong Kong are pending, he said.

Nathan Law, a leading member of Hong Kong’s opposition movement, posted on Facebook that he had left Hong Kong for an undisclosed location.