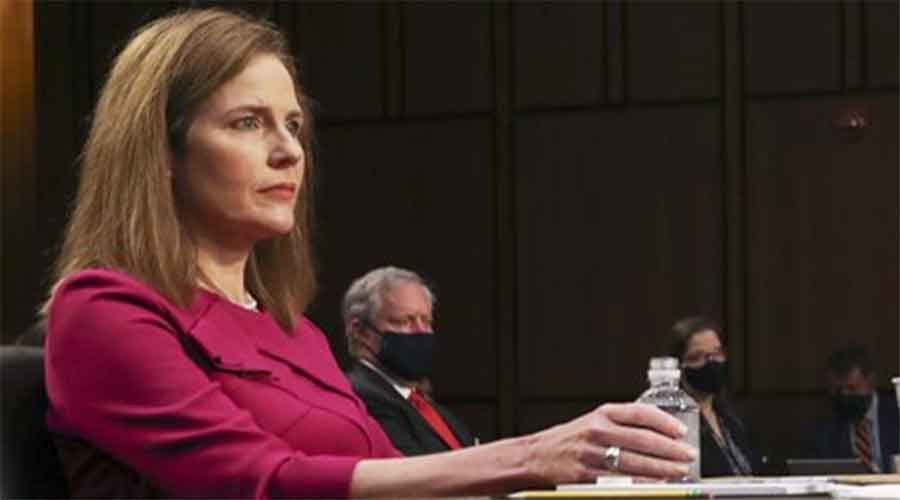 The Senate Judiciary Committee on Monday opened its four-day confirmation hearing for President Donald Trump’s Supreme Court nominee Amy Coney Barrett in what the panel’s chairman predicted would be a “long contentious week”, as Democrats denounced a Republican drive to approve her before the US election..

Democrats are firmly opposed to Barrett, whose confirmation would give the court a 6-3 conservative majority that could lead to rulings rolling back abortion rights, expanding religious and gun rights, and upholding Republican-backed voting restrictions, among other issues.

The hearing for Barrett, a conservative appellate court judge picked by Trump to replace the late liberal Justice Ruth Bader Ginsburg, started with senators making opening statements. Barrett herself will make her own opening statement after the 22 members of the committee are given a chance to speak, and will face questioning from senators on Tuesday and Wednesday.

“This is going to be a long contentious week,” said Republican Senator Lindsey Graham, who chairs the committee.