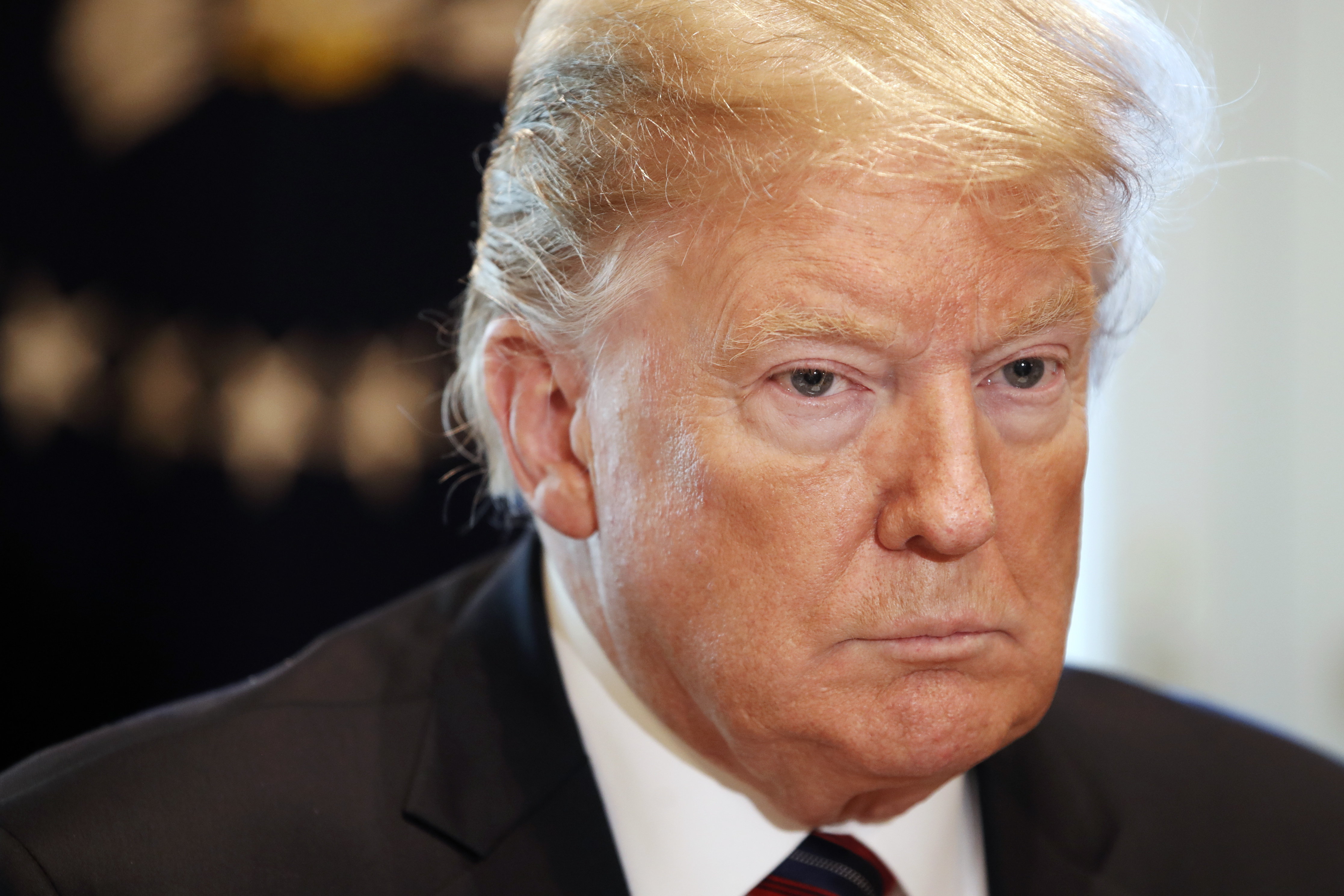 The President did not tip his hand on Saturday on whether he will move ahead with an emergency declaration that could break the impasse, free up money for his wall without congressional approval and kick off legal challenges and a political storm over the use of that extraordinary step.
AP photo
AP   |   Washington, D.C.   |   Published 13.01.19, 01:09 PM

As the partial government shutdown slipped into the record books, members of Congress had left town, no negotiations were scheduled and President Donald Trump tweeted into the void.

The President did not tip his hand on Saturday on whether he will move ahead with an emergency declaration that could break the impasse, free up money for his wall without congressional approval and kick off legal challenges and a political storm over the use of that extraordinary step. A day earlier, he said he was not ready to do it 'right now'.

Lawmakers are due back in Washington from their states and congressional districts in the new week.

Trump fired off a series of tweets pushing back against the notion that he doesn't have a strategy to end what became the longest government shutdown in US history when it entered its 22nd day on Saturday. 'Elections have consequences!' he declared, meaning the 2016 election in which 'I promised safety and security' and, as part of that, a border wall.

But there was another election in November and the consequence of that is that Democrats now control the House and they refuse to give Trump money for a wall.

Trump threatened anew that the shutdown could continue indefinitely. Later Saturday, he supplemented a day's worth of tweets by telephoning in to Fox News Channel's Justice with Judge Jeanine Pirro from the White House to continue his public relations blitz for the wall. Pirro pressed Trump on why he had yet to declare a national emergency. He said he's giving Congress a chance to 'act responsibly'.

Trump also said he has 'no idea' whether he can get a deal with House Speaker Nancy Pelosi, who opposes spending money on an 'ineffective, wasteful wall'.

The President is expected in the new week to sign legislation passed by Congress to provide back pay for some 800,000 federal workers who aren't being paid during the shutdown. Paychecks were due on Friday, but many workers received stubs with zeroes.

Secretary of state Mike Pompeo, on Saturday in Abu Dhabi, claimed that morale is good among US diplomats even as many work without pay. 'We're doing our best to make sure it doesn't impact our diplomacy,' he said.

Almost half of the state department employees in the US and about one-quarter abroad have been furloughed during the shutdown. With the exception of certain local employees overseas, the rest are working without pay, like those tasked with supporting Pompeo's trip, which has thus far taken him to Jordan, Iraq, Egypt and Bahrain, with additional stops to come.

An emergency declaration by Trump could break the stalemate by letting him use existing, unspent money to build the US-Mexico border wall, without needing congressional approval. Democrats oppose that step but may be unable to stop it. Many Republicans are wary, too.

Nevertheless, the administration has accelerated planning for it. Officials explored diverting money from a range of accounts, including $13.9 billion given to the Army Corps of Engineers after last year's deadly hurricanes and floods. That option appeared to lose steam following an outcry.

Other possibilities included tapping asset forfeiture funds, such as money seized from drug kingpins, according to a congressional Republican not authorised to speak publicly about private conversations. The White House also was eyeing military construction money, another politically difficult choice because it would take away from a backlog of hundreds of projects.

Trump has been counselled by outside advisers to move towards declaring a national emergency for the 'crisis' that he says exists at the southern border. This, as polls suggest Trump is getting most of the blame for the shutdown.

But some in the White House are trying to apply the brakes. Jared Kushner was among those opposed to the declaration, arguing to his father-in-law that pursuing a broader immigration deal was a better option. A person familiar with White House thinking said that in meetings last week, the message was that the administration is in no rush and wants to consider various options. The person was unauthorised to discuss private sessions and spoke on condition of anonymity.

Pelosi argued that Trump is merely trying to steer attention away from special counsel Robert Mueller's investigation and other White House problems. 'This is a big diversion, and he's a master of diversion,' she told reporters.

Trump has told advisers he believes the fight for the wall, even if he never gets money for it, is a political win for him.

Some of the outside advisers who want him to declare a national emergency say it could have two benefits.

First, it would allow him to claim that he was the one to act to reopen the government. Second, inevitable legal challenges would send the matter to court, allowing Trump to continue the fight for the wall — and continue to excite his supporters — while not actually closing the government or immediately requiring him to start construction.

But while that might end the standoff and allow Congress to move to other priorities, some Republicans believe such a declaration would usurp congressional power and could lead future Democratic Presidents to make similar moves to advance liberal priorities. 'Most conservatives want it to be the last resort he would use,' said Rep. Mark Meadows, R-N.C., a leader of the conservative House Freedom Caucus who speaks to Trump frequently.