Advertisement
Home / World / Trump jokes on Russian meddling in US elections and fake news, many on Twitter hit back

Trump jokes on Russian meddling in US elections and fake news, many on Twitter hit back 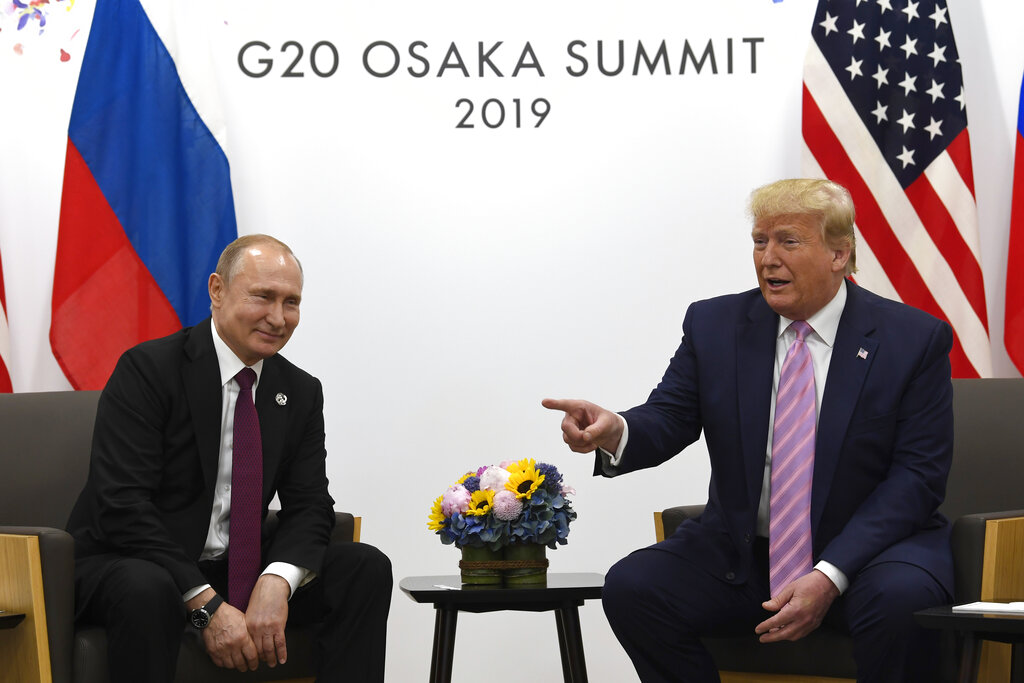 All the biggest Trump scandals are concentrated into this week. His administration is torturing children. He's credibly accused of rape. He's joking with Putin about murdering journalists. And our political system has lost the capacity to respond.

President @realDonaldTrump is joking with Putin about interfering in our elections, but the joke is on us and Putin’s the only one laughing.

President Trump is basically giving Putin a green light to interfere in 2020. https://t.co/iuTZsSxKMY

Former President Jimmy Carter had even harsher words. The Democrat said he believed Russian interference put Trump into the White House, though he didn't elaborate. 'There is no doubt that the Russians did interfere in the election,' Carter said at a human rights discussion in Leesburg, Virginia. 'I think the interference, though not yet quantified, if fully investigated would show that Trump didn't actually win the election in 2016. He lost the election and was put into office because the Russians interfered.'

Several American politicians and opinion makers admonished President Donald Trump after he playfully dismissed Russian interference in US elections, shared their contempt for the world's news media and generally flaunted his personal bond with Russian President Vladimir Putin on Friday on the sidelines of the G20 Summit.

Smiling together on a global stage, Donald Trump and Vladimir Putin cheerfully dismissed Russian interference in US elections, shared their contempt for the world's news media and generally flaunted their personal bond on Friday.

That was one day after the Russian leader praised the President of the United States for his nationalist world views and vigorously declared the days of the West's liberals are dying if not already dead.

As the two leaders sat down for their first meeting in nearly a year, a reporter asked Trump if he would warn Putin not to meddle in America's upcoming 2020 election.

'Of course,' the president replied. Then he turned to Putin and facetiously said, 'Don't meddle in the election.' He playfully repeated the request while pointing at Putin, who laughed.

The exchange at the Group of 20 summit in Osaka echoed one of the defining moments of Trump's presidency from a year ago in Helsinki, Finland. There, Trump pointedly did not admonish Putin about election interference and did not side with U.S. intelligence agencies over his Russian counterpart.

The two leaders also bonded Friday over their mutual disdain for 'fake news.'

Trump eyed the reporters at a photo opportunity with the Russian leader and told him, 'Get rid of them, fake news. You don't have the problem in Russia. We have it; you don't have it.'

Putin responded, 'Yes, yes, we have it. The same.'

Senate Minority Leader Chuck Schumer criticised Trump for kidding around about election meddling. He said the joke is on America and 'Putin's the only one laughing'. 'President Trump is basically giving Putin a green light to interfere in 2020,' Schumer tweeted.

Words matter, Mr. President. Joking with Vladimir Putin about "getting rid" of journalists is not funny at all. It puts journalists at risk. https://t.co/DG8lccvp5m

Today, Trump joked with Putin about interfering in our elections. He joked about getting "rid of" journalists with a man who has reporters murdered. The president is looking out for himself—not the American people. We need a president who will always stand up for American values.